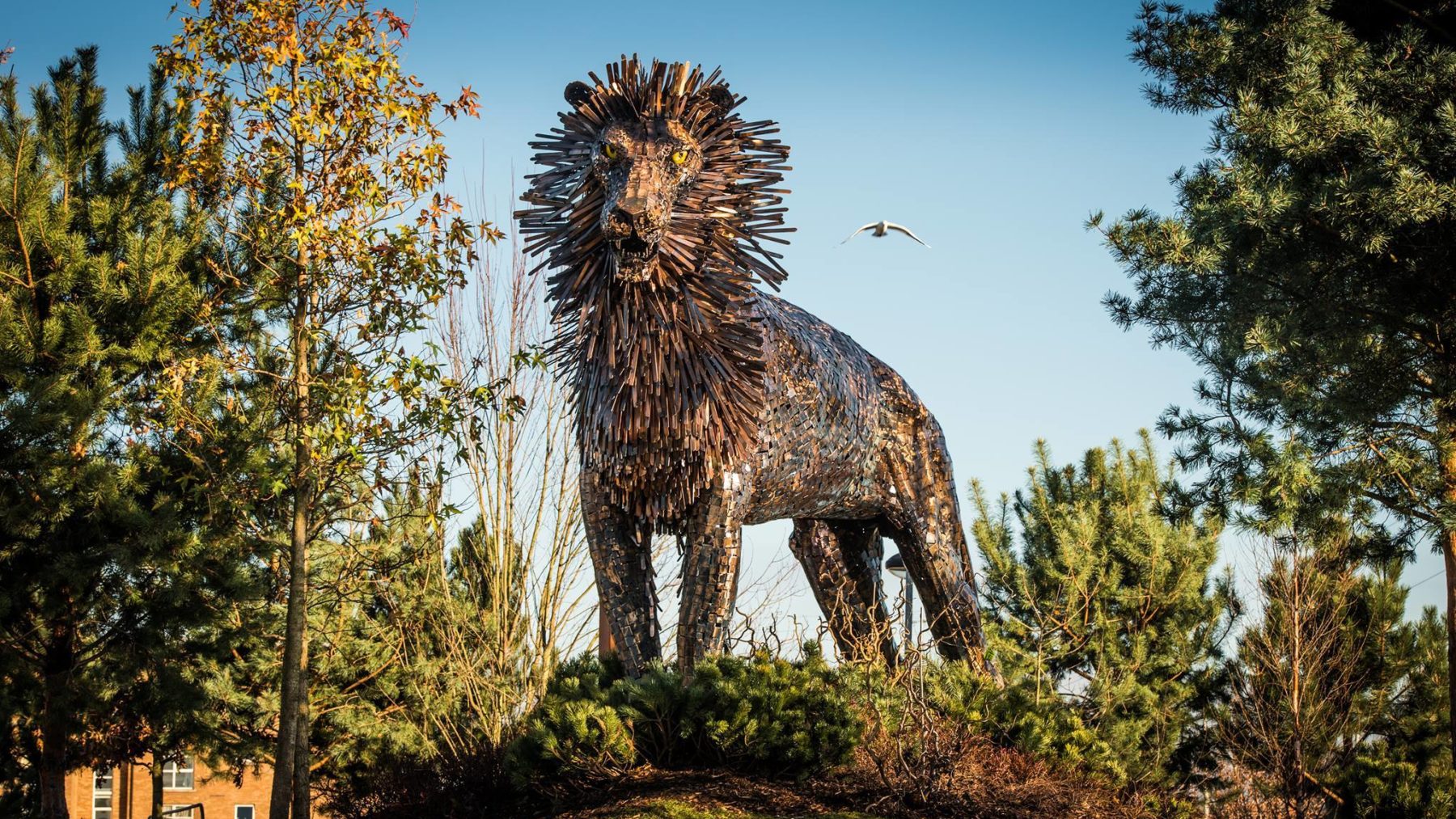 The Connswater Community Greenway is a 'green corridor' which has transformed a six-mile stretch of east Belfast, linking public open spaces and bringing people together.

The Connswater Community Greenway is a 'linear park' that has revitalised east Belfast following a decade-long regeneration project. Following the course of the Connswater, Knock and Loop Rivers, the Greenway has created attractive, safe and accessible parkland for leisure, recreation, community events and activities. Officially opened in September 2017, the project benefits 40,000 residents, 23 schools and colleges, visitors and tourists and has made the area attractive to investors. The Greenway encompasses leisure facilities, businesses, schools and colleges.

Supported by the National Lottery, the project includes 16km of foot and cycle paths, 26 new or improved bridges and crossings, 5km of restored rivers, interpretation points and tourism and heritage trails. One of the showpieces is C.S. Lewis Square - a 2,000 capacity event space that features seven sculptures inspired by characters from 'The Lion, the Witch and the Wardrobe'. The Square can hold events and activities and since opening in 2016, has hosted markets, a 10km run and received the Queen’s Commonwealth Baton ahead of the 2018 Commonwealth Games. Away from the crowds, green spaces include Victoria and Orangefield Park, and a wildlife corridor running from Belfast Lough to Cregagh Glen where you can spot kingfishers, egrets, herons and frogs while exploring the Greenway.

The Connswater Community Greenway is a living landmark that is improving the quality of life for people in east Belfast and has been ranked among the top 200 civil engineering projects in the world.