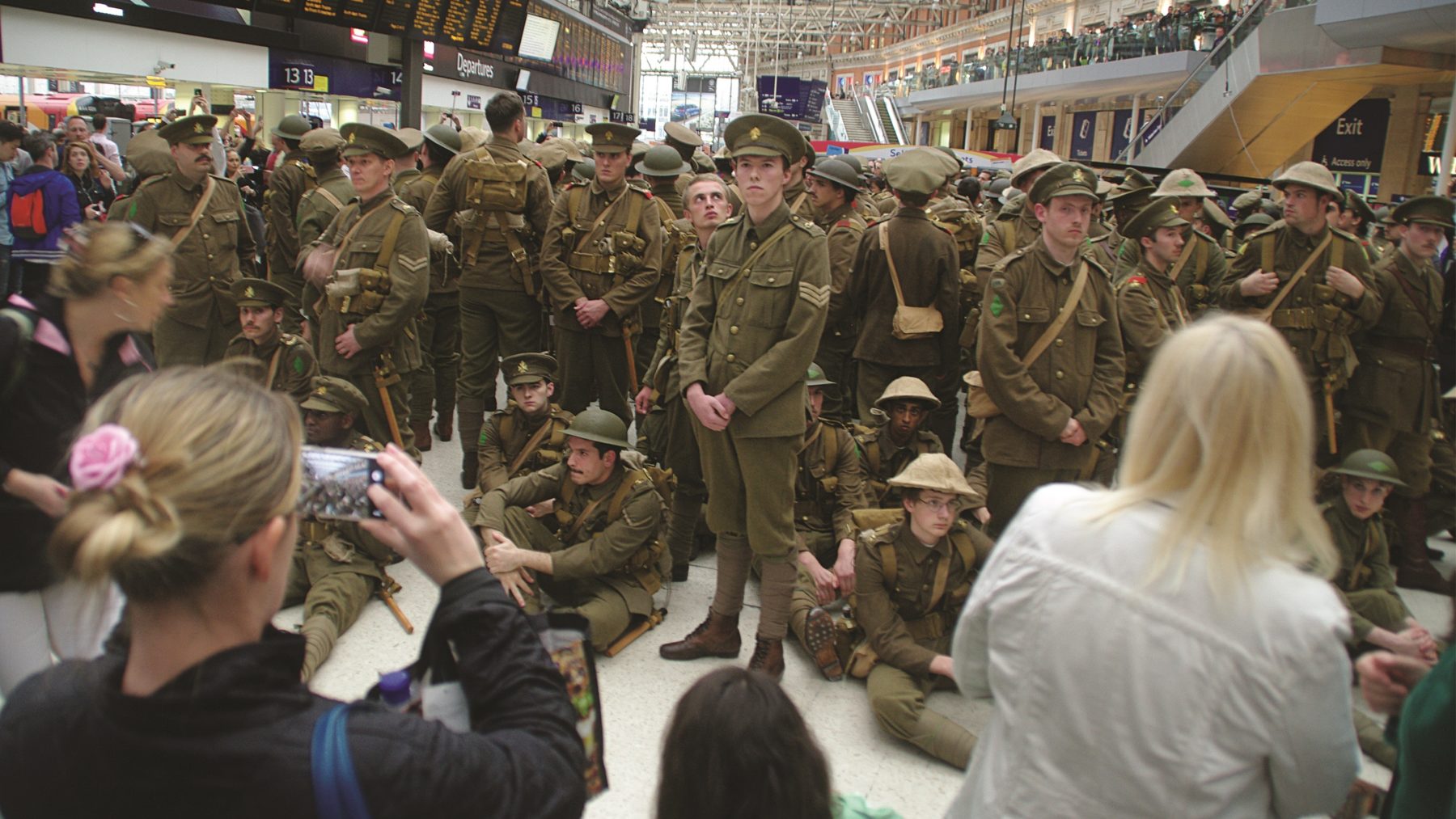 On 1 July 2016, people across the UK were stopped in their tracks by the 'ghosts' of over 1,400 soldiers killed on the first day of the Battle of the Somme, exactly 100 years earlier. Volunteers dressed in historically accurate uniforms appeared unexpectedly at public locations, creating a unique modern memorial to this tragic event.

'We're here because we're here' was commissioned by 14-18 NOW, a five-year programme of extraordinary arts experiences connecting people with the First World War. It was devised by Turner Prize winning artist Jeremy Deller with National Theatre director Rufus Norris, and produced by Birmingham Repertory Theatre and the National Theatre, with 23 other theatre partners across the UK.

The performance was partly inspired by tales of sightings during and after the First World War by people who believed they had seen a dead loved one. By bringing the memorial into daily lives where it was least expected, from Shetland to Plymouth, Ipswich to Derry-Londonderry, the public were moved to tears and flooded social media with photos.

National Lottery funding enabled the project to research, plan and deliver this large scale memorial, involving 2,000 volunteers and numerous creative partners, and taking it to all four home nations. An exhibition telling the story of the project is touring the UK from March 2017 until April 2018, with photos and video also available to view online.