The National Lottery has funded over 28,700 projects supporting veterans over the past 25 years

Ahead of Remembrance Day, The National Lottery is celebrating the £339 million raised by players for veterans since the first draw in 1994.

Through an emotive new film with veteran’s charity The Coming Home Centre, The National Lottery is shining a light on projects across the UK which have improved and enriched the lives of veterans after they have returned home from service.

The film, which is part of The National Lottery’s 25th Anniversary campaign, is fronted by ex-marine Adam Edwards, who describes first-hand the positive impact that National Lottery funding has had on him and veterans like him.

The £339 million raised by National Lottery players has helped fund 28,703 projects supporting veterans from across the UK. This includes counselling services, support to visit locations where they served, free taxi services and drop in centres.

As well as supporting recent leavers adjust back into civilian life, £27.4 million has been awarded in 19,422 grants for commemorative visits where veterans, widows and carers have been able to visit the battlefields where they or their loved ones served.

Adam served with the 45 Commando Royal Marines in Afghanistan, where he was shot and wounded. In the film, he talks about his recovery at home and the importance of The Coming Home Centre in his recovery.

Adam Edwards said:
“Returning to life in the UK after serving in Afghanistan was particularly difficult, as I was facing the mental and physical effects of serving in both the Army and Marines. Lucky for me, someone recommended I visit The Coming Home Centre which turned out to be so important in aiding my recovery and helping to rebuild my life again.

Veteran projects funded by The National Lottery, including The Coming Home Centre, support veterans with everything from the practical to the emotional. Through my own personal experience and my subsequent work at the centre, I have seen first-hand how important charities such as these are in helping veterans’ transition back into everyday life and get back on their feet.

Without The National Lottery funding, this project simply wouldn’t exist, and people like me would not be able to get the support we desperately need. It is great that, for The National Lottery’s 25th birthday, they are shining a light on this and the positive impact funding has on veterans in the UK.”

Dawn Austwick, CEO, The National Lottery Community Fund added:
“It’s truly inspiring to see the difference that National Lottery funding has made to the lives of these people who have served their country, and are now returning back to civilian life, which is no easy feat. It’s fantastic that every time someone buys a National Lottery ticket, they’re helping support
the men and women who have given so much.”

Notes to Editors
Pictures, interviews and case studies of people and projects who have benefitted from National Lottery funding are available on request.
For further information, case studies and images, please contact
Catriona.boyle@lotterygoodcauses.org.uk / 0207 211 3939

Adam Edwards knows the value of National Lottery funding. After being shot and wounded in Afghanistan and seeing his friend killed in action, he was sent back to the UK, the reality of which was a funeral for his friends
and a difficult home situation. At this time he noticed a physical and mental shift and found it hard to engage in life the way he did before.

His life took a turn for the better when he was recommended to visit the Coming Home Centre, which is a drop-in centre for Armed Forces Veterans and Serving Military Personnel in the Community. He nervously
walked in and within a day has signed up to doing signing up to a group activity there.

He joined other veterans on the West Highland Way walk, a significant challenge along with other people who had service-related mental illness. He listened and counselled and was noticed by some of the staff and they
thought there was a role for him at the centre. He sought National Lottery funding for this role, which he got, and he is now able to help and support Veterans as a job, which he loves doing as he can give back.

● The National Lottery’s Birthday celebrations are running for a five-week period (from 14 Oct until the 6 December). There are some incredible activities planned across the UK to celebrate the good
causes that have been made possible thanks to National Lottery players over the last 25 years.

● The 25th birthday is a moment to celebrate the extraordinary impact The National Lottery has had on the UK, and to say thank you to National Lottery players for contributing around £30 million to good
causes every week.

● The National Lottery has made more than 5,500 millionaires but its primary purpose is giving to good causes - over 565,000 individual grants have been awarded across the UK, that’s the equivalent of 200
life-changing projects in every UK postcode district.

● The National Lottery has committed more than £339 million to programmes supporting our veterans since the first draw in 1994.

● The majority (70 per cent) of National Lottery grants are for £10,000 or less, helping small projects make a big difference in their community. 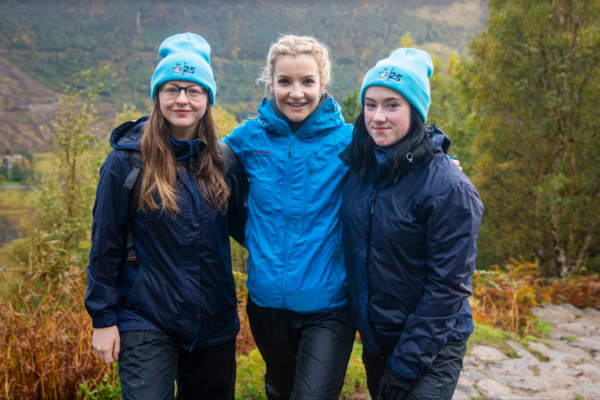 TV presenter and outdoor enthusiast, Helen Skelton, leading a special expedition to the summit of the UK’s highest mountain, Ben Nevis, joined by a group of young people from the PEEK Project in Glasgow, to celebrate The National Lottery’s 25th Birthday. 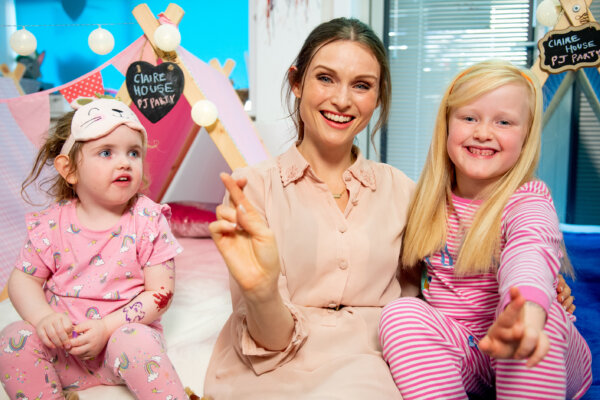 Children at Claire House Children’s Hospice in the Wirral received a surprise visit from singer, songwriter and mother of five, Sophie Ellis-Bextor