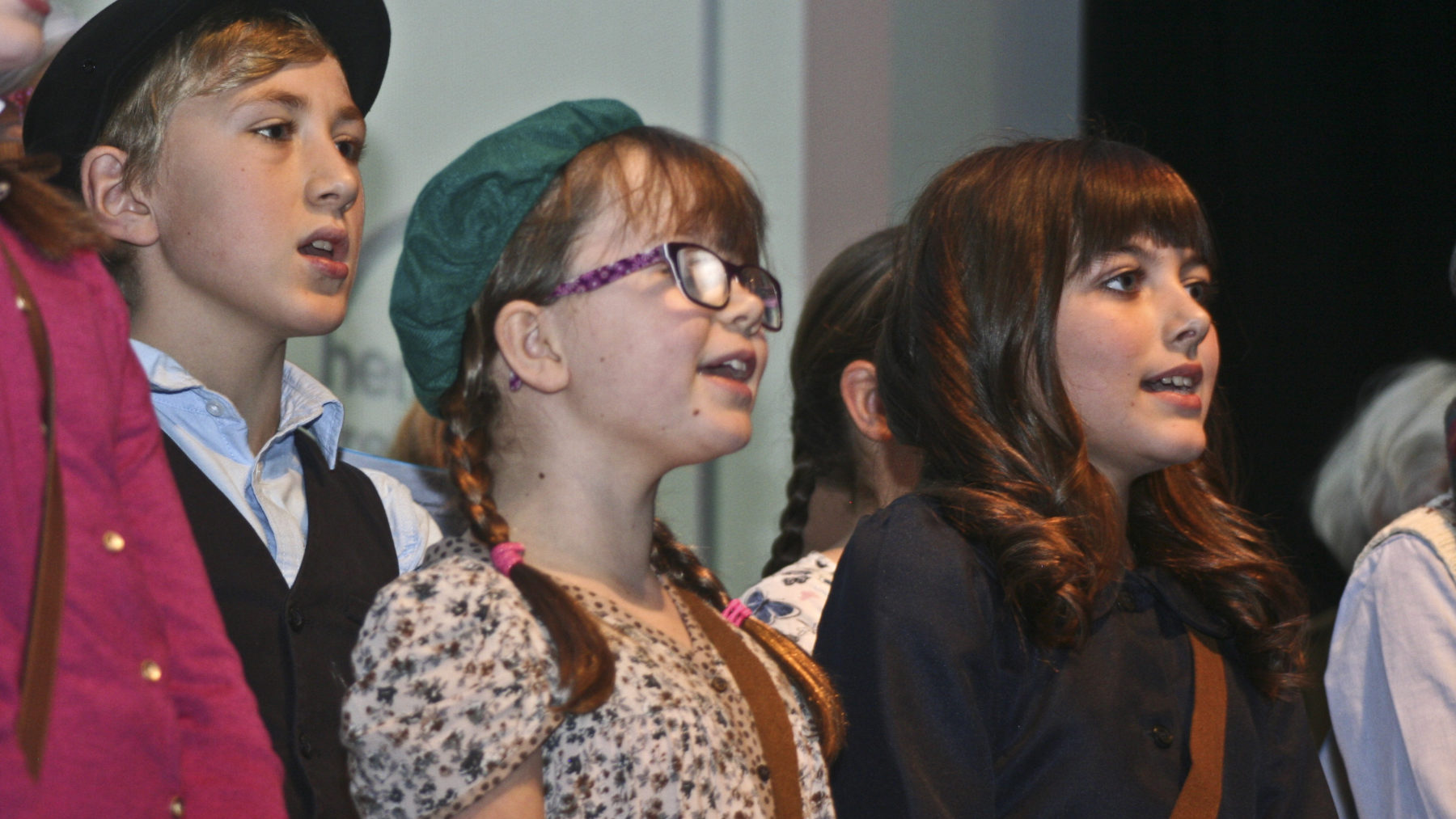 To commemorate the Centenary of the end of WW1 on 11 November 2018, this remarkable two-year intergenerational project features Armistice Cantata, a poignant production of words and music. Devised by primary school children in Cardiff it uses music and history to link primary schools with older people in their communities.

This two-year intergenerational project from Goldies Cymru encourages primary schools to open their doors to older people. It marks the centenary of the Armistice on 11 November 2018 and is entitled ‘World War One - Our Heritage in Songs and Memories’.


Under the banner of this project, children from Thornhill Primary School in Cardiff wrote a unique 30-minute production called Armistice Cantata.


With original words from the children set to popular tunes of 100 years ago, the cantata was launched last December in Cardiff and is available to all schools for their own commemorations. The children visited war records and libraries for research, designing graphics and adapting the eight original songs and solos to form the poignant final score.

It is estimated that 7,000 children will take part and at least 800 older people. The project is already expanding further afield to include schools across Wales and England.

Goldies trustee, Alwyn Humphreys MBE, says: "The project has joined two generations in commemorating those who served during the First World War.

"This is a remarkable project and it is very special because it can be adapted by schools who wish to localise their own productions.

"The scores can be sung in unison or parts and there is an opportunity to involve parent or community choirs in any performance.

"We have seen on so many occasions the joy that comes when children and older folk meet together on school projects and, more especially, when they are joined in song."