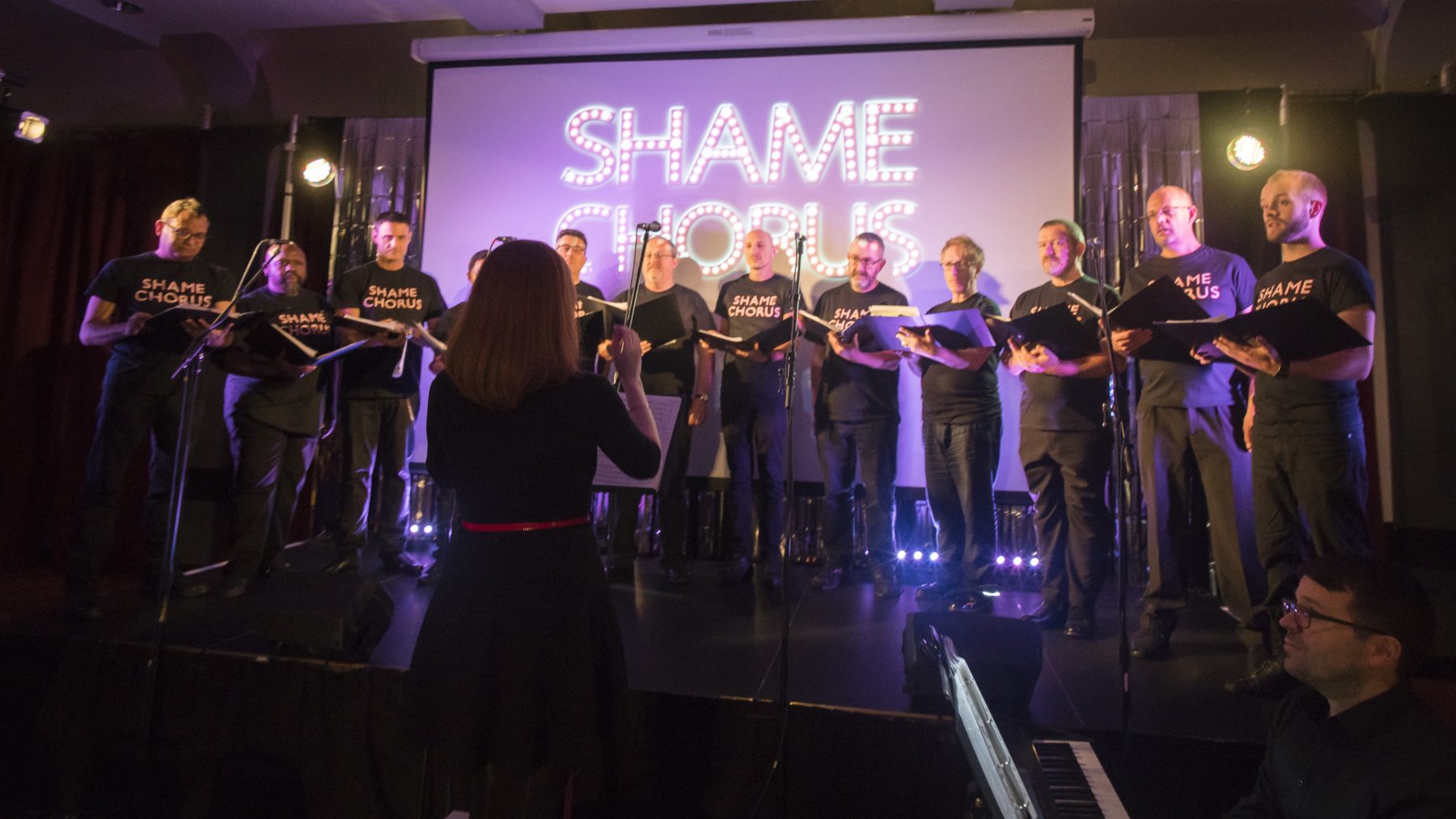 Shame Chorus places LGBTQ+ issues out in the open through a collaboration between world‐renowned psychoanalyst Susie Orbach and the London Gay Men's Chorus.

Mental health issues among gay men and women are higher than in the heterosexual population. Research shows they are more likely to suffer from depression and statistically more likely to attempt suicide.

Orbach interviewed some members about their experiences of 'shame and being shamed' in their childhood and these accounts were turned into musical compositions by national and international composers from different musical genres including Billy Bragg, Verity Susman, Jack White, David McAlmont, Leo Chadburn and Shane Cullinan amongst others.

The mainly anonymous interviews were given to composers to turn into original songs which were then sung by members of the London Gay Men's Chorus. Artist and project founder Jordan McKenzie describes the process as "a collective experience of catharsis, community and liberation". The original choir, which has 170 members, is used to singing songs by established artists so Shame Chorus entered new territory in genres spanning pop, jazz and musical theatre.

Shame Chorus has been performed on a cliff-top overlooking Chesil beach at the B-Side Festival in Dorset. The final show in October was a sell-out performance in London followed by a Q&A about sexuality that included members of the chorus and prominent cultural commentators from the LGBT community such as author Matthew Todd. Shame Chorus has been turned into a sound installation and is currently part of a major Arts Council exhibition called Tread Softly at Yorkshire Sculpture Park.

Shame Chorus explores and reflects the findings articulated by researcher and therapist Bréne Brown, who said: 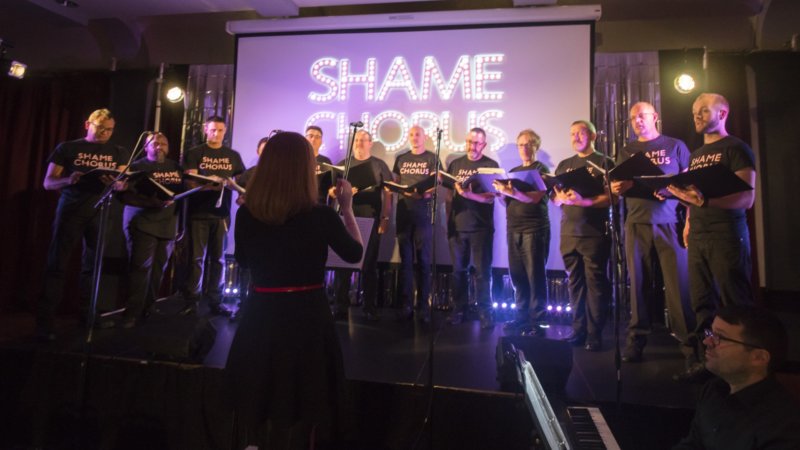