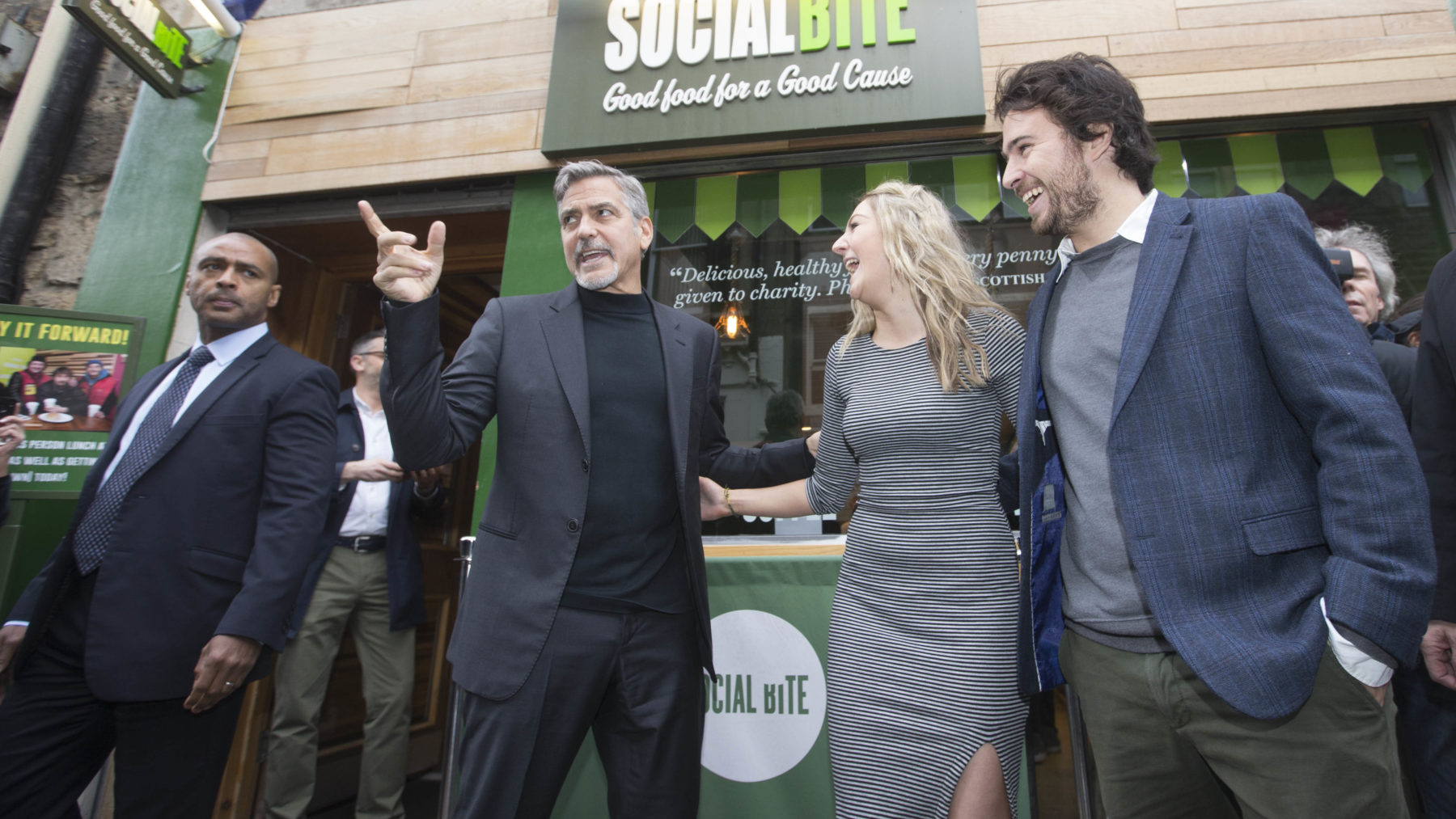 Founders Josh Littlejohn and Alice Thompson were inspired by the philosophy of Nobel Peace Prize winning economist Professor Muhammad Yunus and his concept of 'social businesses' which alleviate poverty and hardship. After travelling to meet Prof Yunus in Bangladesh, they sold their events business and risked everything to set up Social Bite, which is run by parent charity the Social Bite Fund.

At present the enterprise has five cafes in Edinburgh, Glasgow and Aberdeen and employs and supports homeless people. 100 per cent of its profits go to charity. A quarter of the staff that Social Bite employ are from homeless backgrounds.

As well as helping the business to extend its opening hours and therefore feed more homeless people - around 150 a day - National Lottery funding also supports the Social Bite Academy. The academy offers a paid four-year course aimed at breaking the cycle of homelessness by providing support ranging from social integration, housing help, skills training and work experience, with each student going on to paid employment in Social Bite or a commercial partner.

The first student of the new academy was Biffy Mackay, 27, who became homeless in 2010 when her relationship broke down. She says: "It's a bit daunting going back to work after living such a chaotic lifestyle for so long, but the idea of a structured programme makes it a lot easier. I'm looking forward to having a reliable wage, building up my confidence and taking care of my baby daughter."