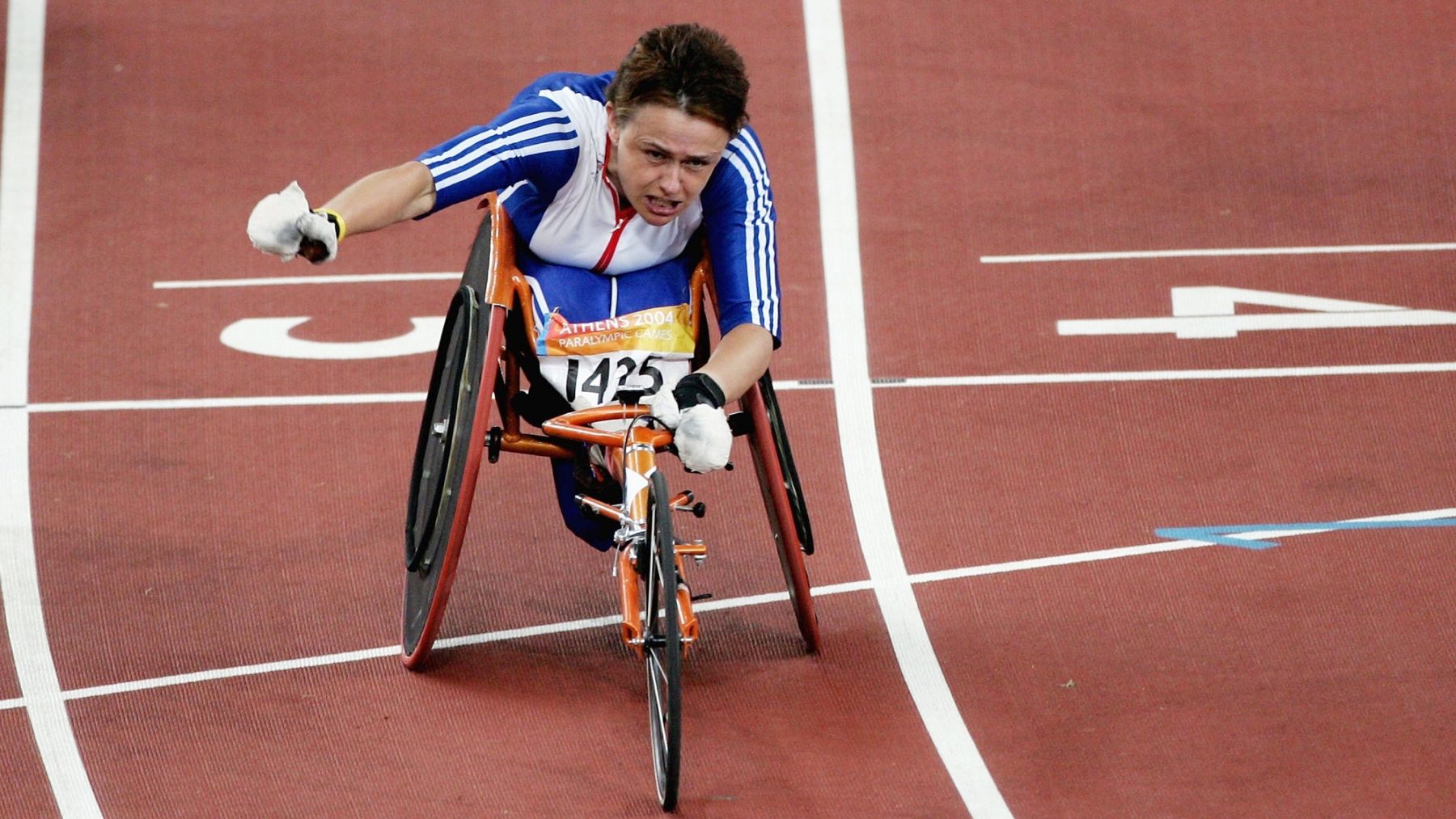 One of Britain's greatest Paralympic athletes, Tanni Grey-Thompson, amassed a remarkable medal haul over 16 years. Over her career she won a total of 16 Paralympic medals, including 11 golds, held over 30 world records and won the London Marathon six times between 1992 and 2002. Her final Paralympic Games as an athlete was Athens 2004, where she won gold in the 100m and 400m taking her medal tally to 11 golds.

She was born with spina bifida and is a wheelchair user. She is one of the most successful disabled athletes in the UK.

In 2005 she became Dame Tanni Grey-Thompson for her services to sport.

In March 2010, Tanni was made a life peer in the House of Lords and was conferred as Baroness Grey-Thompson, of Eaglescliffe in the County of Durham. She is also a Welsh politician, and sits as an independent. As a working peer, Tanni uses her experience and knowledge during debates in the House and she has spoken on a range of issues including disability rights, welfare reform, and of course, sport. She chairs ukactive, a not-for-profit organisation promoting physical activity for children.