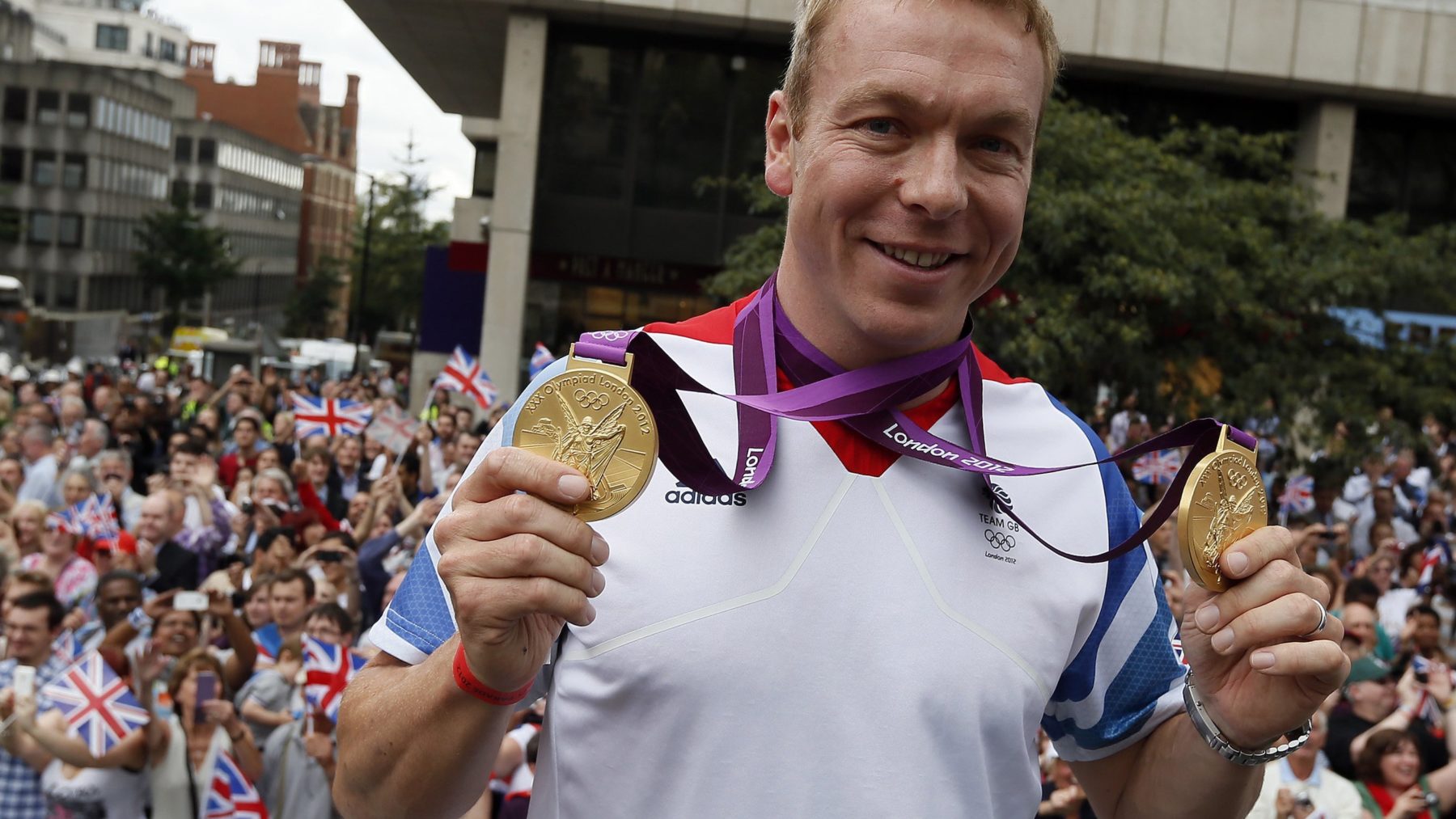 Sir Christopher Hoy is a former track cyclist who represented Great Britain at the Olympics and World Championships and Scotland at the Commonwealth Games.Hoy is eleven-times a world champion and six-times an Olympic champion. With a total of seven Olympic medals, six gold and one silver, Hoy is the second most decorated Olympic cyclist of all time.

With his three gold medals in 2008 Summer Olympics, Hoy became Scotland's most successful Olympian, the first British athlete to win three gold medals in a single Olympic Games since Henry Taylor in 1908, and the most successful Olympic cyclist of all time. Following his hat trick he was voted 2008 BBC Sports Personality of the Year and awarded a Knighthood in the 2009 New Year Honours list. The velodrome built in Glasgow for the 2014 Commonwealth Games is named after him.

He won a further two gold medals (in the keirin and team sprint) at the London 2012 Olympics, at the time becoming Great Britain’s most successful Olympic athlete of all time with six gold medals and one silver.

Following his retirement from track cycling, as well as taking up a career in motorsport, Chris remains passionate about bikes and has successfully made the transition into the business world following the launch of his bike range HOY Bikes, cycling accessories and clothing. He has published a series of children’s books – Flying Fergus – and is currently working on a second series.

Inspired by Chris Hoy? Apply for funding to support your own community. Search for funding