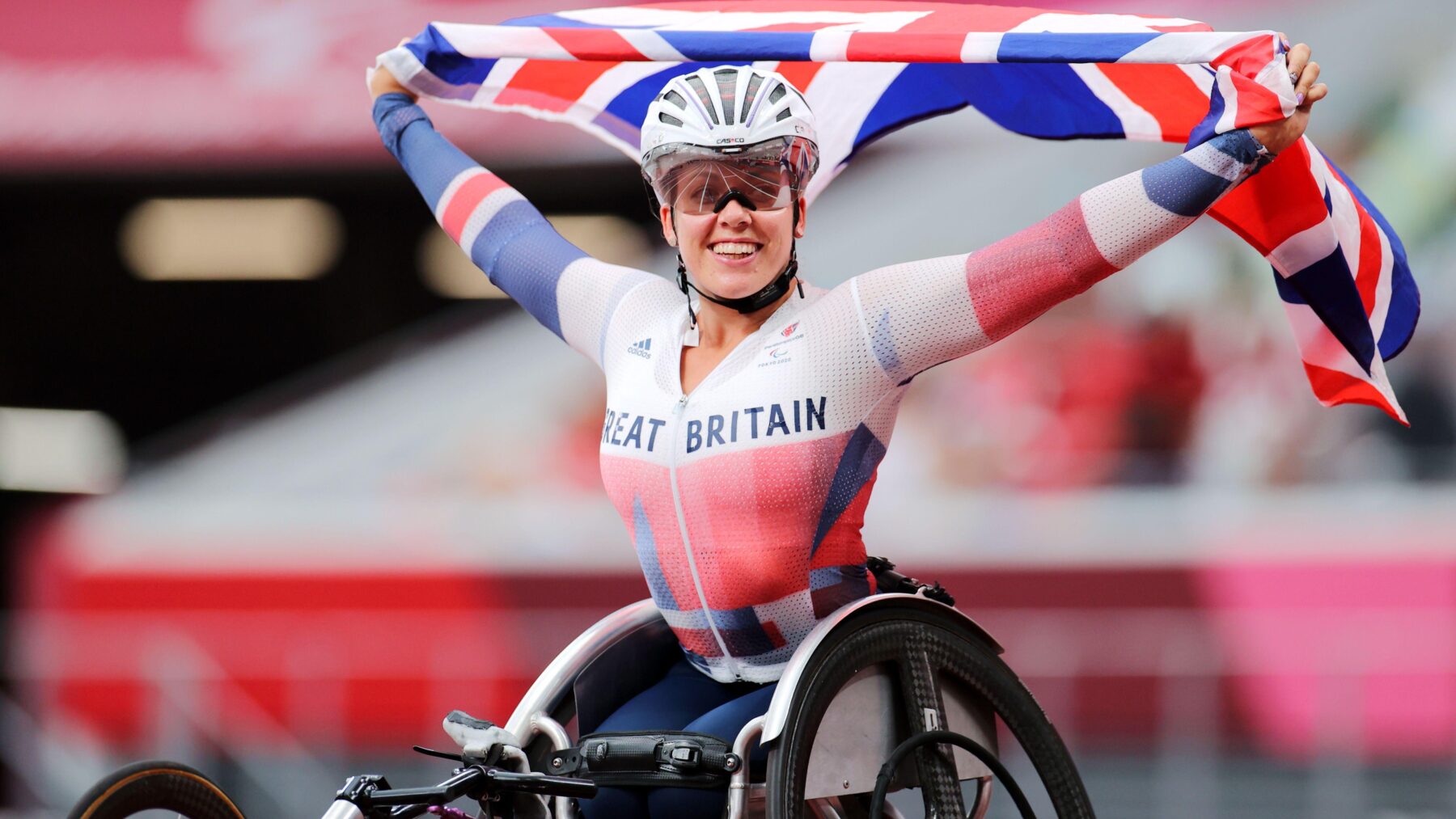 Hannah Cockroft shrugged off a hand injury to claim a Paralympic golden double in Tokyo and take her tally of gold medals to seven by winning the women’s 100m and 800m T34 races.

Cockroft’s first double triumph in London 2012 proved to be the catalyst for a period of continued success which saw her claim every major title going. .

In the years leading up to Rio 2016, Cockroft proved unbeatable at major championships – winning seven major gold medals to underline her status as the number one in her class. At Rio 2016 she claimed gold in the T34 100m, 400m, and 800m.

A year later she claimed the same trio of titles at the World Championships in London, while 2018 saw Cockroft secure another 800m European title and silver in the 100m. At the Dubai 2019 World Championships Cockroft was in sensational form, smashing the T34 100m world record to claim her eleventh world gold medal before adding a twelfth with victory over two laps.

Cockroft was made a Member of the Most Excellent Order of the British Empire (MBE) in the 2013 New Year’s Honours List.

Inspired by Hannah Cockroft? Apply for funding to support your own community. Search for funding