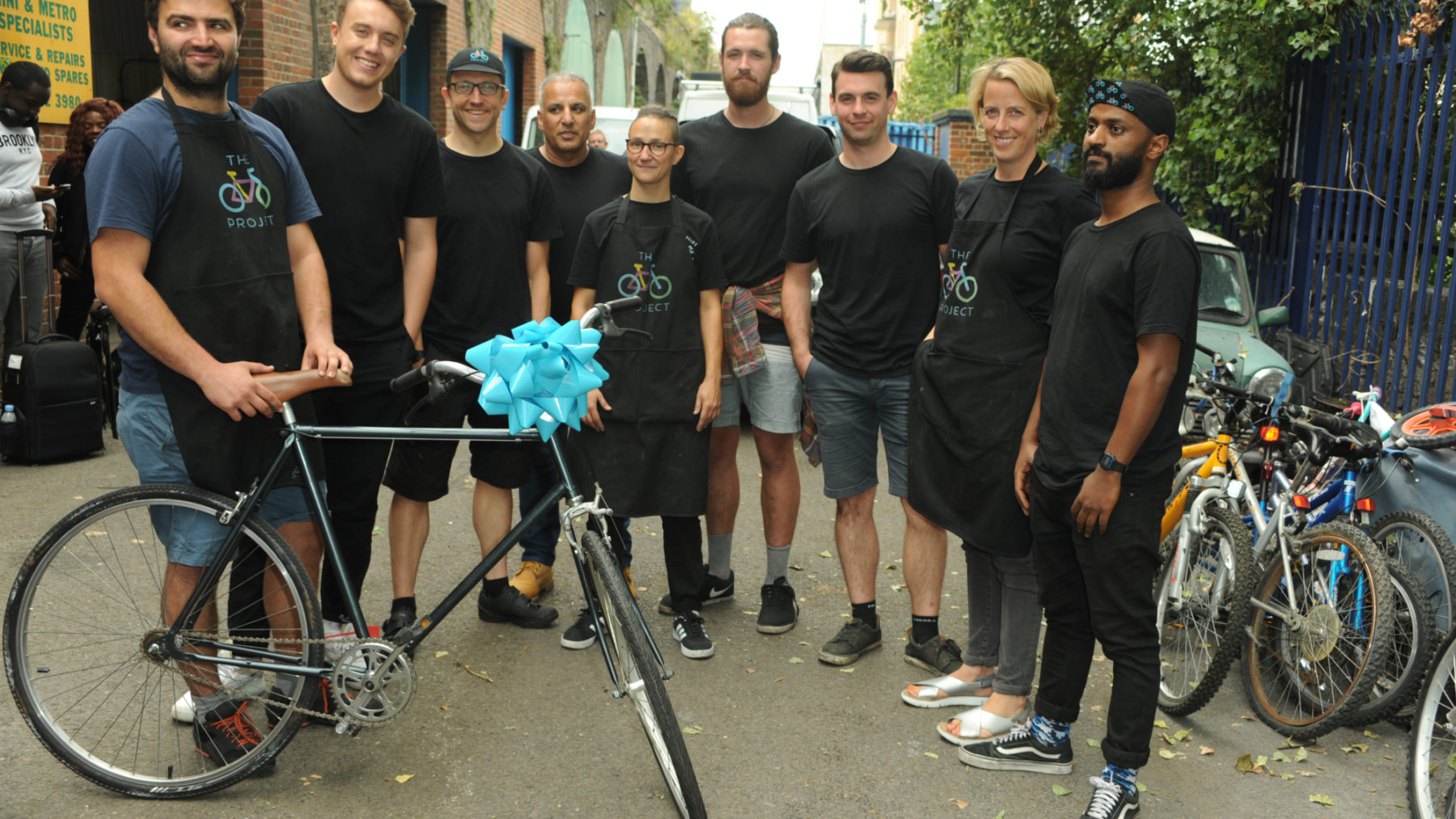 Did you know there are 27,500 bikes abandoned in London every year? Asylum seekers and refugees who have arrived in London with little or nothing are being given unwanted bikes to help them access key services and build better lives. Launched in 2013, The Bike Project takes second-hand bicycles, fixes them up and donates them to people who often face a stark choice between paying for food or public transport. One bike can save £21 a week on bus fares - amounting to £1,000 a year. This enables them to have easier access to food banks, legal advice, healthcare, education and job interviews.

National Lottery funding has been used to provide cycle training, helping the new arrivals to stay safe on the roads. Along with a bike, they receive a lock, helmet, vest and lights as well as a basic road safety lesson. They can then travel safely, improving their independence and integration into the community.

The National Lottery grant funded the first year of a pilot. The project has since grown from strength to strength and has secured additional sources of funding.

The National Lottery also part-funded the project’s new 2,000 sq ft workshop. Since moving to the larger premises in February 2018, the project has increased the number of bikes it rolls out. The project also resells and donates bikes to the public, with proceeds funding its charitable mission. Refugees and asylum seekers can also learn bike maintenance, map reading and journey planning. Once they are on the road a 'Bike Buddies' scheme pairs volunteers and bike recipients for cycle rides. This is aimed at building confidence and knowledge of routes while creating social integration.

Inspired by The Bike Project? Apply for funding to support your own community. Search for funding