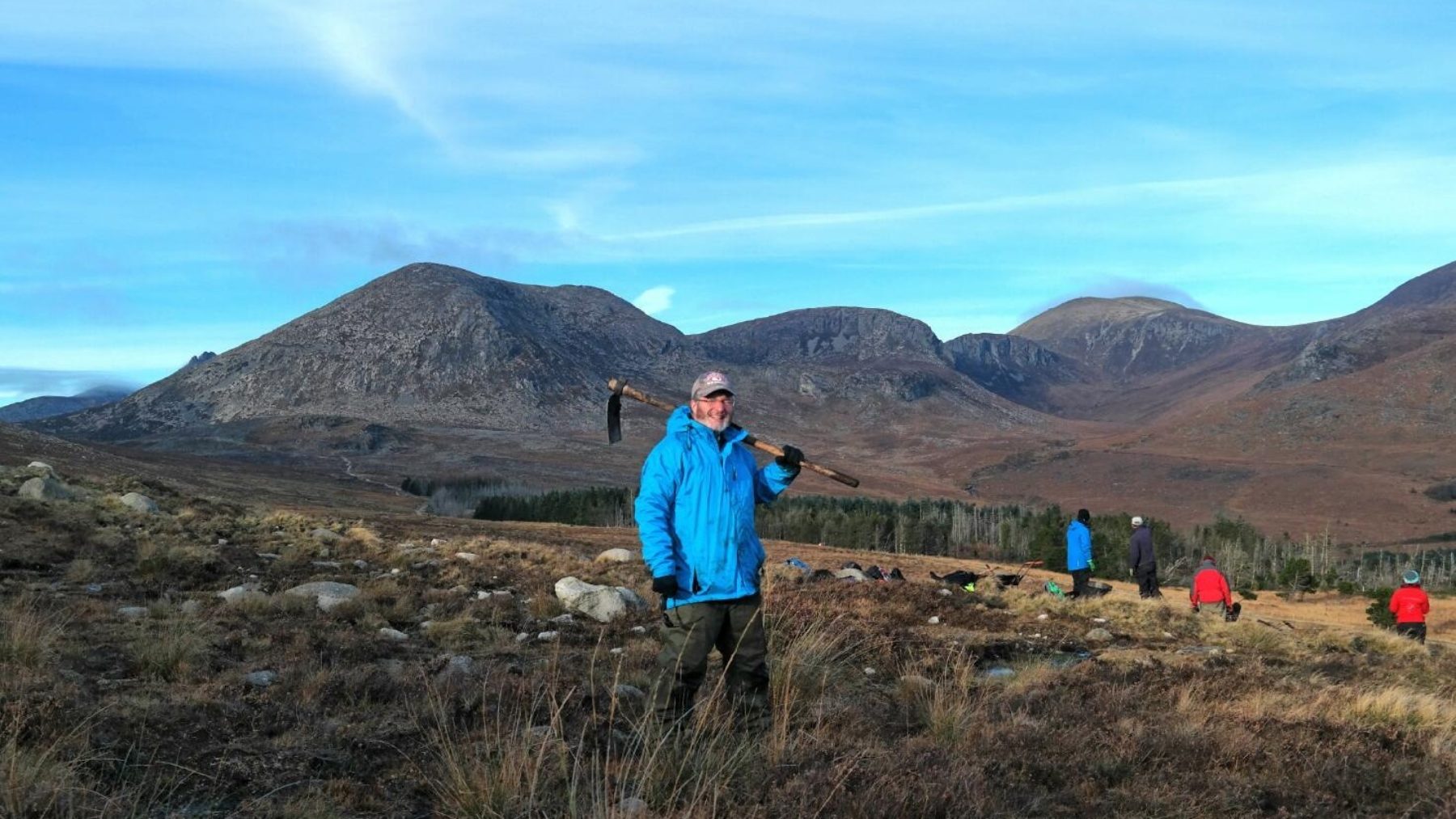 National Lottery funding helped support the conservation and enhancement of the sensitive and diverse environment and rich cultural heritage of the iconic Mourne Mountains in Northern Ireland, while connecting communities to their landscape, reviving traditional skills and inspiring creative new ways of celebrating this special place.

The Mourne Mountains, situated in County Down in the south-east corner of Northern Ireland, stand true to the words of songwriter Percy French as the place ‘where the mountains sweep down to the sea’. Dipping their ancient toes in the Irish sea, the domed peaks rise abruptly to 850 metres keeping watch over coastal plain, foothills, drumlin country and woodlands surrounding this special place. So dramatic is the scenery and so rich the folklore, it was the inspiration for CS Lewis’s magical world of Narnia.

Today it’s loved by many for its biodiversity, remnants of an artisan past and opportunities for relaxation and adventure, from hiking to coasteering. The Mourne Mountains Landscape Partnership (MMLP) conserved and enhanced this treasured landscape for generations to come. The project, running from 2013 to 2017, stimulated diverse activity from restoring summit towers on the iconic Mourne Wall - that wends its gravity-defying way over the highest peaks - to improving access with path construction and protecting habitats through heathland restoration.

A major focus was engaging people and connecting communities to their landscape, providing training to reinvigorate traditional skills - including dry stone walling, storytelling and traditional hearthside crafts - and to enhance species recognition through foraging, sea safaris, red squirrel days and juniper propagation. Creative expression of appreciation of the landscape was also encouraged from a Mourne Song Book to visual arts and even a bespoke Mourne musical theatre performance – all very much in the imaginative spirit of Lewis and French.

Inspired by The Mourne Mountains Landscape Partnership Scheme? Apply for funding to support your own community. Search for funding