St Ann’s Allotments is one of 40 finalists through to the public voting round of the 25th Birthday National Lottery Awards – the annual search for the nation’s favourite Lottery-funded projects.


The Nottingham project beat off stiff competition from over 700 entrants from National Lottery-funded organisations throughout the UK. The Awards celebrate the inspirational people and projects who do extraordinary things with the help of National Lottery funding.


JB Gill, former member of boyband sensation JLS, has become hugely passionate about farming and heritage through living and working on his own farm - and hopes his visit will help St Ann’s Allotments to rake in the votes.


The project with the most votes will be crowned the winner and receive a £10,000 cash prize, an iconic National Lottery Awards trophy and attend a star-studded glittering awards ceremony to be broadcast on BBC One in November.

St Ann’s Allotments is the oldest and largest collection of Victorian detached town gardens in the UK and one of the biggest urban allotment sites in the world. It was restored and renovated with National Lottery funding, and is now a source of community pride and a home for wildlife.

Cherry Underwood, Chief Executive of The Renewal Trust, the community development trust that manages the allotments, was there to meet JB. Cherry says winning a prestigious National Lottery Award and having their work showcased on national television would be an honour.

She said: “It is a great honour for St Ann’s Allotments to have reached the finals of the 25th Birthday National Lottery Awards.

"Thanks to support from the National Lottery, St Ann's Allotments is thriving. St Ann's is more than just an allotment site, it's also an important green space, community resource, visitor destination, habitat for rare plants and wildlife and a living piece of social heritage and history - all just a stone's throw away from Nottingham city centre.

“We have achieved so much is a short space of time and we would dearly love to win the National Lottery Award for Best Heritage project, so please vote for us!”

The Renewal Trust led the restoration project in partnership with STAA, a community group formed by allotment holders to protect and improve the historic gardens.

“St Ann’s Allotments is doing an incredible job in its local community and the work they do is hugely impressive. They thoroughly deserve to be in the finals of the 25th Birthday National Lottery Awards and with your support they could be a winner.”

To vote go to lotterygoodcauses.org.uk/awards. You can also follow the campaign on Twitter: hashtag #NLAAllotments #NLAwards. Voting runs from 9am on 24 July until midnight on 21 August.

The award categories reflect the main areas of National Lottery funding: heritage, sport, arts, culture and film, community and charity, sporting legend which will be decided by a public vote alongside lifetime achievement, young hero, special recognition, and twelve local legend awards, which will be selected by a panel made up of representatives from the National Lottery family.

The first National Lottery draw took place on 19 November 1994. The 25th birthday is a moment to celebrate the extraordinary impact The National Lottery has had on the UK and, most importantly, to say thank you to National Lottery players for contributing tens of millions of pounds every week to good causes.

Whilst The National Lottery is all about winning – with more than 5,100 millionaires created since 1994 – its primary purpose is all about giving. National Lottery players have raised more than £40 billion for good causes in the areas of arts, sport, heritage and community over the past 25 years. More than 565,000 National Lottery grants have been awarded since 1994, the equivalent of around 200 life-changing projects in every UK postcode district helping to strengthen communities, deliver sporting success, protect the environment, unleash local creative talent and look after the elderly and those at risk.

All voting will be independently adjudicated and verified by Electoral Reform Services.

To find out more about the positive impact playing The National Lottery has and 25th
birthday celebrations, please visit www.lotterygoodcauses.org.uk 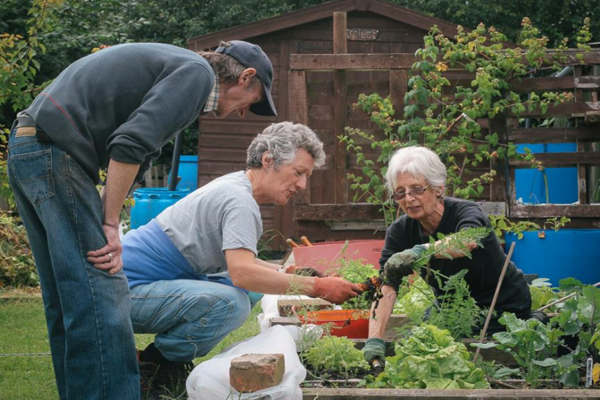