Photographer Ceridwen Hughes from North Wales has created a short film and photographic exhibition that explores baby and child loss with the aim of encouraging people to talk more openly and honestly about grief.

Jointly funded by The National Lottery Community Fund, the largest funder of community activity in the UK, and Illumina, a global leader in DNA sequencing, the You’re Not Alone campaign and exhibition is being launched today during Baby Loss Awareness Week (October 9-15). It calls for more open discussion and aims to offer more support to parents whose children have passed away through life limiting genetic birth disorders known as Trisomy 13 (Patau's Syndrome) or 18 (Edwards' Syndrome).

The project has been created by the Same but Different charity in conjunction with Soft UK which provides information and support to families affected by Trisomy 13 and 18. Sadly, survival rates are low for children born with these disorders. Whilst some children do survive longer, many babies do not survive beyond their first birthdays.

Photographer and Founder of the Same but Different charity, Ceridwen Hughes, has created the project to raise awareness about the importance of talking about grief through baby loss, whilst celebrating the lives of the babies, no matter how short their lives. In addition to striking imagery and impactful films, a dedicated piece of music has also been created as part of the project to represent the voices of the mothers by composer Michael Speed.

*Please note this film discusses the very difficult topic of losing a child.* 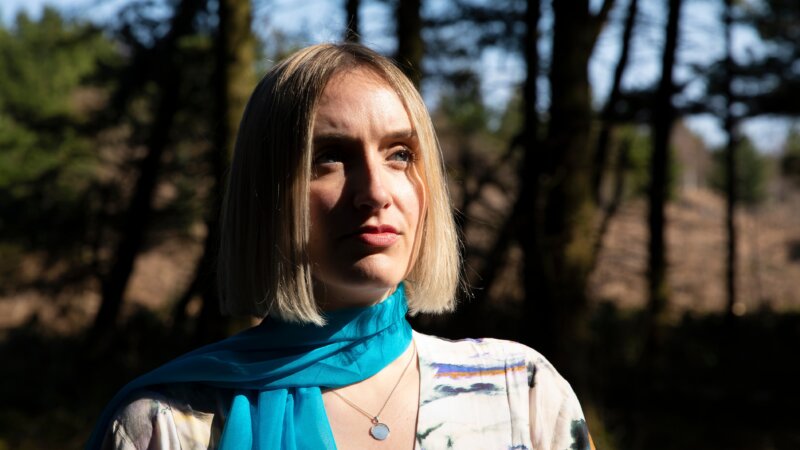 “No-one knows what to say to a grieving parent and often people are too afraid to even say the child’s name for fear of causing more upset and yet the parents I have spoken to yearn to remember and celebrate the lives of their child, no matter how short their life."

“This short film and exhibition funded by The National Lottery and Illumnia has been created to encourage dialogue and to remind people that no matter how lonely their journey, there are people who understand. Baby Loss Awareness Week provides anyone affected by pregnancy and baby loss a safe and supportive space to share their experiences and feel that they are not alone.”

Eleven families throughout the UK have taken part in the online exhibition, with parents Jodie Worsfold from Surrey and Claire Edge from Chester featuring in a short film called ‘You’re not alone’.

Capturing the emotive first-hand experiences of the families, the films explore their journey from diagnosis to the death of their babies/child. Those featured highlight the difficulties whilst ultimately celebrating their child’s lives and offering hope to parents experiencing the same journey.

One of the mothers featured is 33-year-old Jodie Worsfold from Carshalton, Surrey. She had baby Margot Vera Jean in 2020, who was diagnosed with Edwards’ Syndrome – a rare and life-limiting condition – and lived for seven weeks.

No diagnosis was given until after Margot’s birth and her first 4 weeks were spent in NICU, before finally being allowed home where she died peacefully under the care of the hospice.

Jodie said of her first visit to the NICU to see her baby: “At no point did anybody say ‘This is your lovely daughter. Do you want to hold her?’. We were just left there alone and in shock.

“Jamie and I couldn’t be at the incubator together because of Covid, which was really traumatic and distressing. That was her welcome into the world.”

“Coming home, leaving without your baby is not normal. It was so hard to leave her. I remember going to sleep crying, with that deflated pregnancy tummy but she wasn’t in her bed next to me either.

“I’d looked at the SOFT website and read a blog by a mum whose daughter is nearly 5. I was thinking, ‘there is hope, she’s survived birth and we’re going to get her home’.

“She died on 4th September and we buried her a week later. In the early days, it was intense grief and shock. In the New Year I felt quite upbeat, thinking I was handling it well but then it goes downhill and comes back at the most unexpected times.”

Jodie added: “To have a diagnosis sooner than we did would have just given us opportunity to speak to other parents, to seek advice from professionals that, you know, that was their field of expertise so that then, when the time came, we were armed with all the right questions to ask.”

National Lottery funding is there to support everyone, including during times of acute challenge and personal strain. We are proud to have funded ‘You’re Not Alone’ – an initiative which shares messages of comfort and support on a topic that is not often talked about. We hope that these messages will help to connect bereaved parents to one another through a community that can make all the difference, when coping with grief and loss.