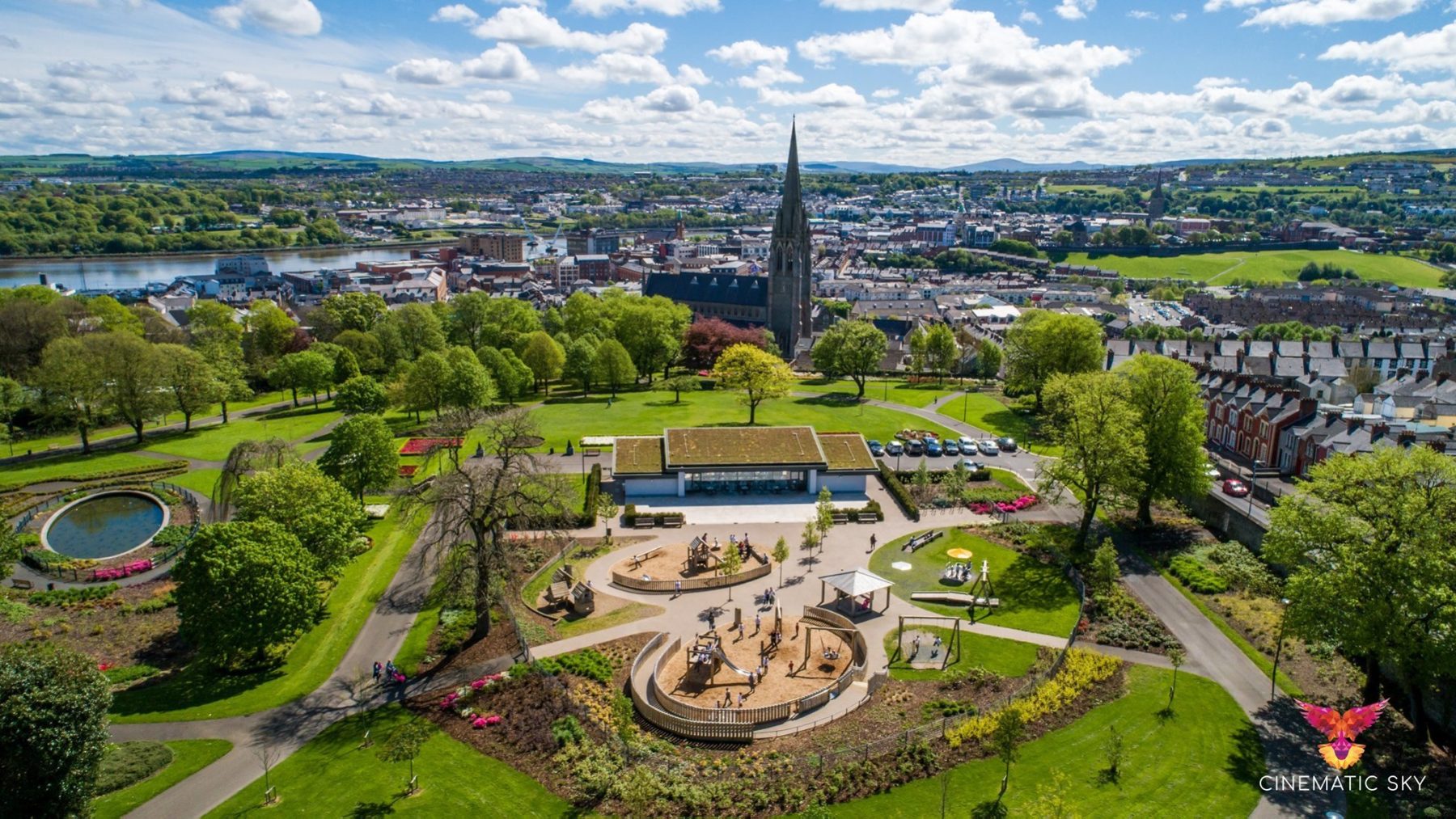 The historic Brooke Park, known as ‘The People’s Park,' has been a well-loved public space in the heart of Derry/Londonderry for more than a century and has been restored with the help of National Lottery funding.

Brooke Park dating back to 1840, was originally the site of a boys orphanage before it became a municipal park in 1901. It was used for recreation and civic events by both sides of the community, in Derry, Northern Ireland, before falling into neglect in the 1970s and ‘80s. In 2015, the park closed for a two-year £5.6 million regeneration project, including £1.5 million from The National Lottery Heritage Fund, reopening in 2017.

The regeneration vision was developed and agreed with the local community. The works carried out included the restoration of the gate lodge, a listed statue, boundary walls and entrances, the historic pond was reinstated, and extensive areas of ornamental planting were reintroduced. As well as restoration, new facilities include a cafe and an all-weather floodlit football pitch, a play garden and a horticulture training centre. The level of investment in the park, both in terms of design, provision and ongoing support, means it will continue to be a popular destination for the whole community for decades to come. It now attracts in the region of 200,000 visitors each year.

Inspired by Brooke Park, Derry? Apply for funding to support your own community. Search for funding