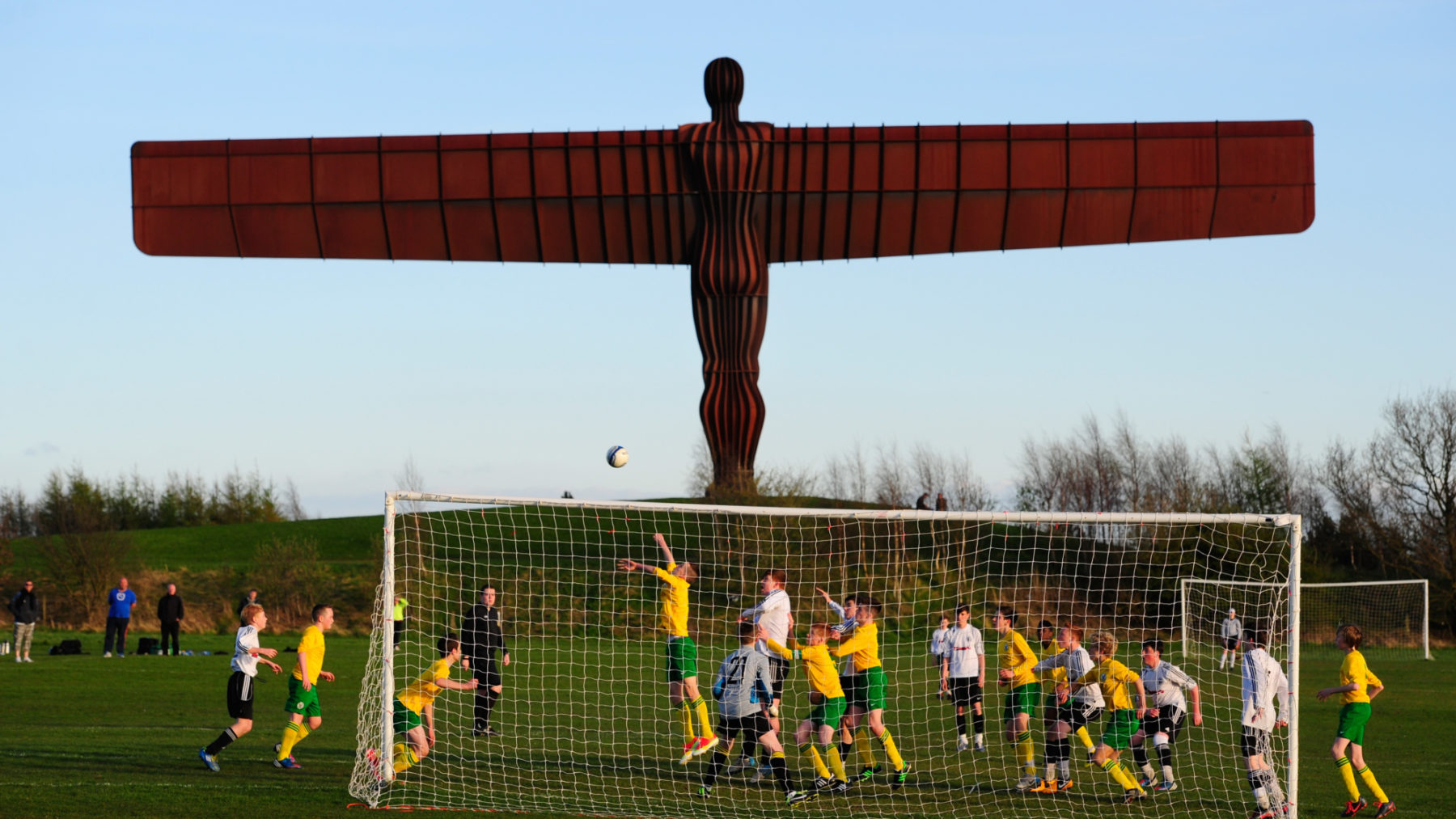 The Angel of the North

Standing alone on the panoramic hill of Birtley in Lamesley, Tyne and Wear, the Angel of the North makes a striking presence on the landscape.

The contemporary steel sculpture is seen by one person every second, clearly visible from the main roads into Tyneside and the East Coast rail route.

Gateshead Council commissioned the post-industrial totem in 1994, at time when the area was undergoing a painful transition from a proud industrial past to an uncertain future.

It heralded a cultural regeneration of the region, leading the way for the Gateshead Millennium Bridge, BALTIC gallery and Sage concert hall.

Artist Antony Gormley based the 20m tall angel on a cast of his own body and created the 54m wide wings to be angled 3.5 degrees forward to create “a sense of embrace”.

The techniques used to build the giant figure took influence from the region’s shipbuilding heritage and the foundations on the site of the former local colliery’s baths run 20m deep.

Gormley says that the artwork’s significance is three-fold. Firstly, it stands on the spot where coal miners worked underground for two centuries.

Secondly, it marks the transition from an industrial to information age, and finally, it serves as a focus for our evolving hopes and fears.

National Lottery funding was key to bringing this celebrated public artwork to life and while it drew mixed reviews when it unfurled its wings in February 1998, the awe-inspiring angel has become a regional and national icon, visited by 150,000 people a year.

To find out more about Angel of the North visit the website:
https://www.gateshead.gov.uk/article/3957/Angel-of-the-North

Inspired by The Angel of the North? Apply for funding to support your own community. Search for funding