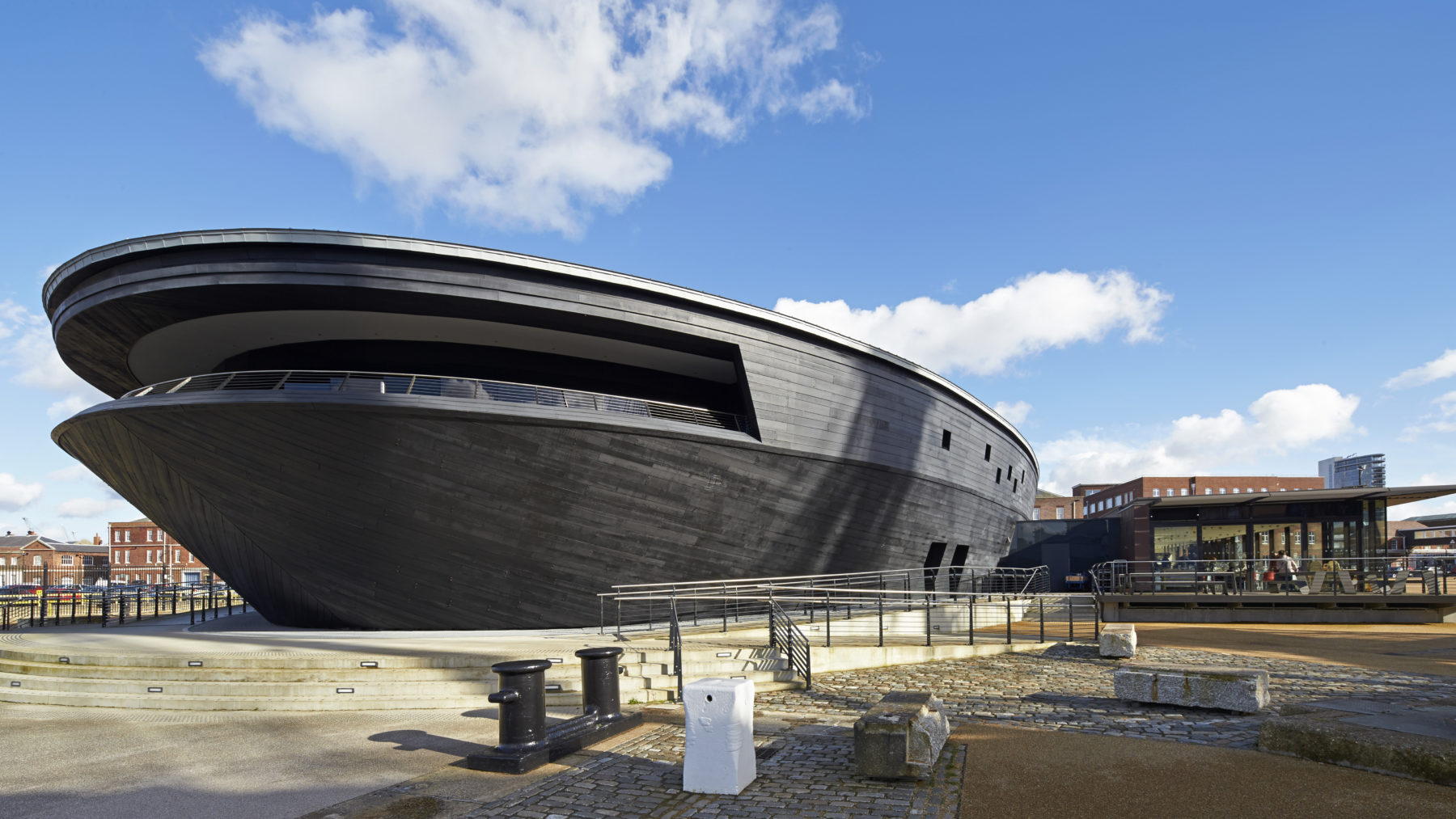 The Mary Rose provides the world’s best insight into Tudor life some 500 years ago. The hull is displayed alongside thousands of her unique artifacts. Since opening in May 2013, the award-winning museum has become a world-class heritage attraction telling the story of the Mary Rose and her crew.

The Mary Rose was King Henry VIII’s favourite warship and served for 34 years until she sank off the coast of Portsmouth in 1545 during the Battle of the Solent defending England against a French invasion fleet. Attempts to salvage her failed and she was lost until a dedicated team of divers located her in 1971. She was raised from The Solent in 1982 on live TV in front of a worldwide audience of 60 million.

The only Tudor ship on display anywhere in the world is housed in a purpose-built museum in Portsmouth, which received significant National Lottery funding. When the current museum opened in May 2013, the hull was exhibited within a hotbox and was only viewable through small windows and partially obscured by drying ducts. After reaching a stable drying state in 2016, the ducts were removed and the windows were replaced with floor to ceiling glass, providing uninterrupted views of the ship from all nine galleries, apart from the upper floor where visitors can breathe the same air as the Mary Rose.

The Trust works hard to ensure that the museum is accessible to all with lifts to every floor, large print guides in the galleries, mornings with increased lighting levels and guides for autistic visitors to read before they come.

The National Lottery has been instrumental in supporting the conservation and presentation of Mary Rose, a true British icon. The multi-million pound grant to enable the creation of the world-class museum was utterly transformational. The museum is immersive in style and engages the senses fully, with volunteer-led handling tables offering the opportunity to touch and smell original Tudor wood, cannonballs and rope.

Inspired by The Mary Rose? Apply for funding to support your own community. Search for funding