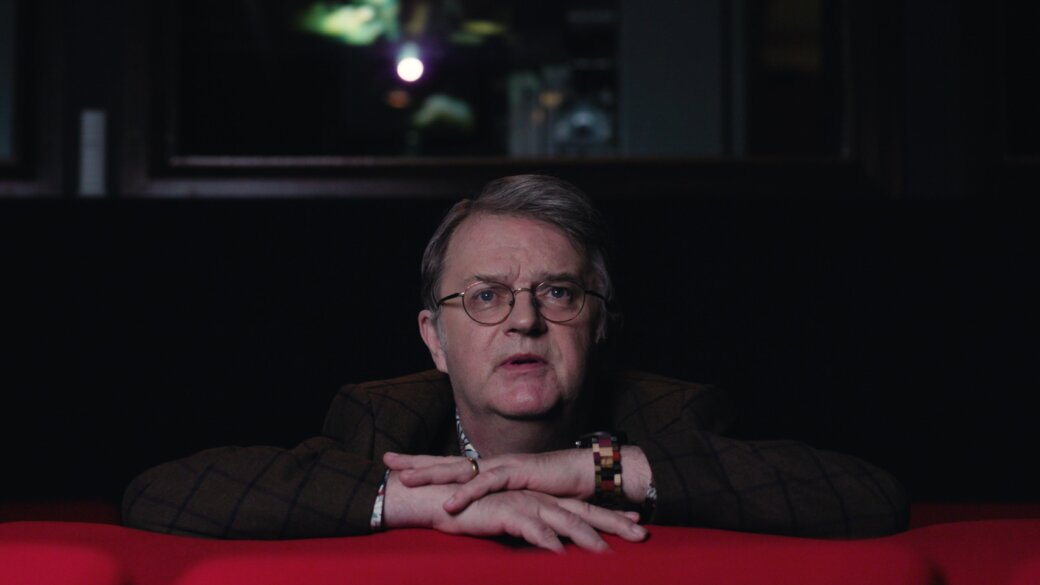 The BFI’s Britain on Film, an online archive of over 10,000 films, has amassed 75 million views since its launch in 2015 and features films from all over the UK. Paul Merton presents a top 10 list of the most watched films to celebrate 25 years of National Lottery funding for UK film.

Billy Elliot, Philomena, Wild Rose, Pride, Suffragette, I, Daniel Blake, The Souvenir, Gosford Park and The King’s Speech are some of the most critically acclaimed and
well-known UK films, and have all been backed by National Lottery funding. 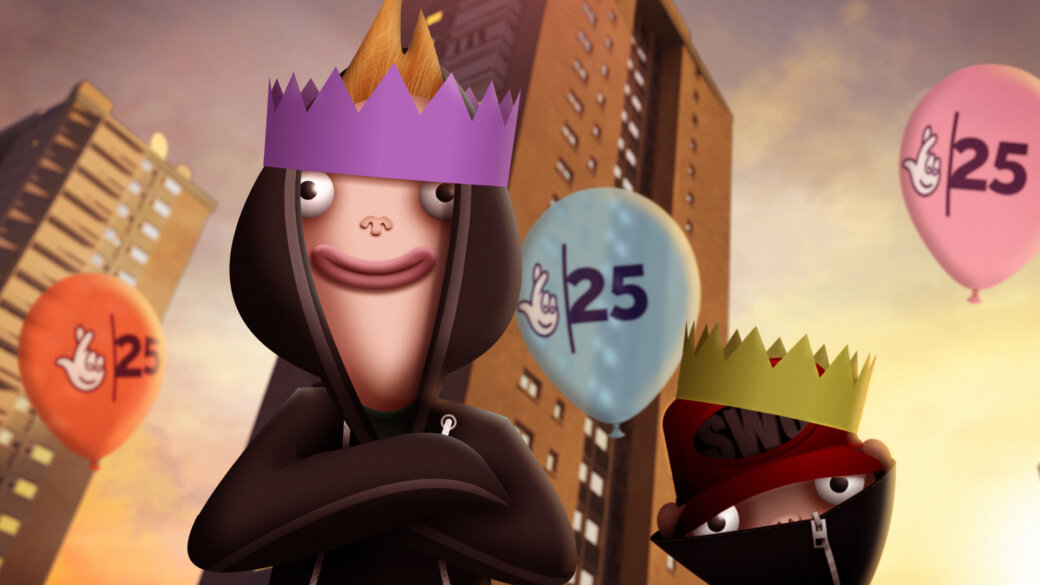 #CelebrateNationalLottery25 opens to applications from Saturday 23 November at 10am until Friday 6 December. 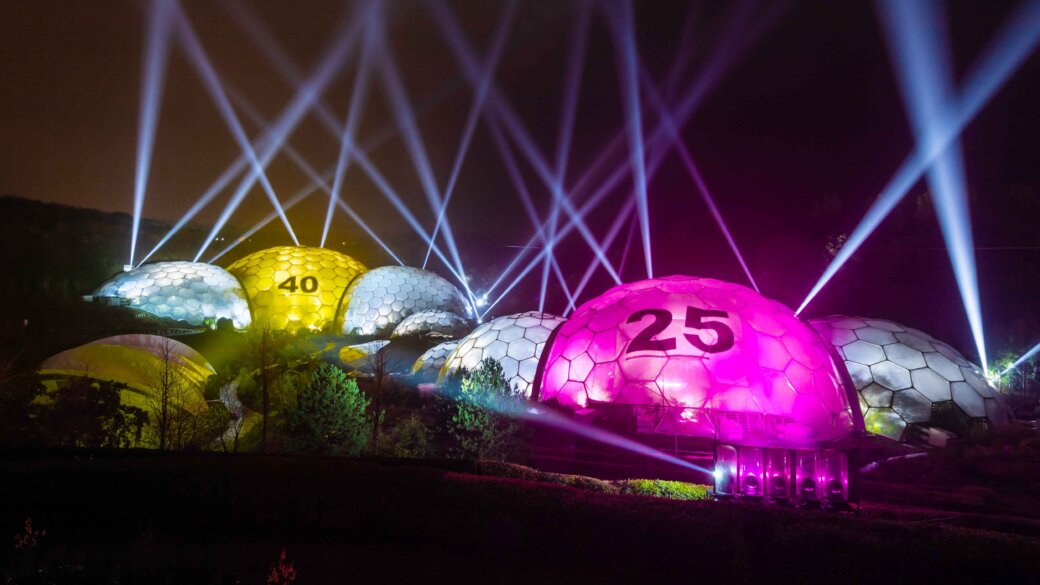 Last night, The National Lottery turned the iconic Eden Project biomes into giant lottery balls, as part of its 25th Birthday celebrations. The stunt kick starts #ThanksToYou, which gives players free entry or special offers to hundreds of National Lottery funded venues and attractions across the UK, with just a lottery ticket.

We're saying #ThanksToYou to players for helping to give over £40 billion to good causes since the first draw. 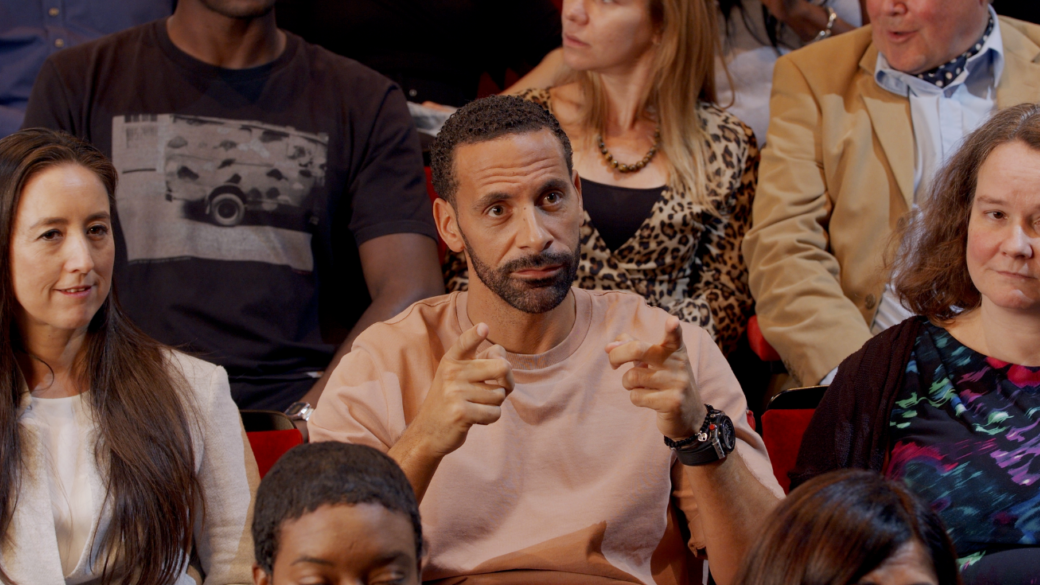 ‘What has the National Lottery ever done for us?’ Star-studded film parodying Monty Python marks the National lottery’s 25th birthday

Watch a comedy film created by BAFTA nominated writer and director David Schneider to celebrate The National Lottery’s 25th Birthday, highlighting its extraordinary impact on UK life since 1994, parodying the much-loved ‘What Have The Romans Ever Done For Us?’ scene from Monty Python’s Life Of Brian. 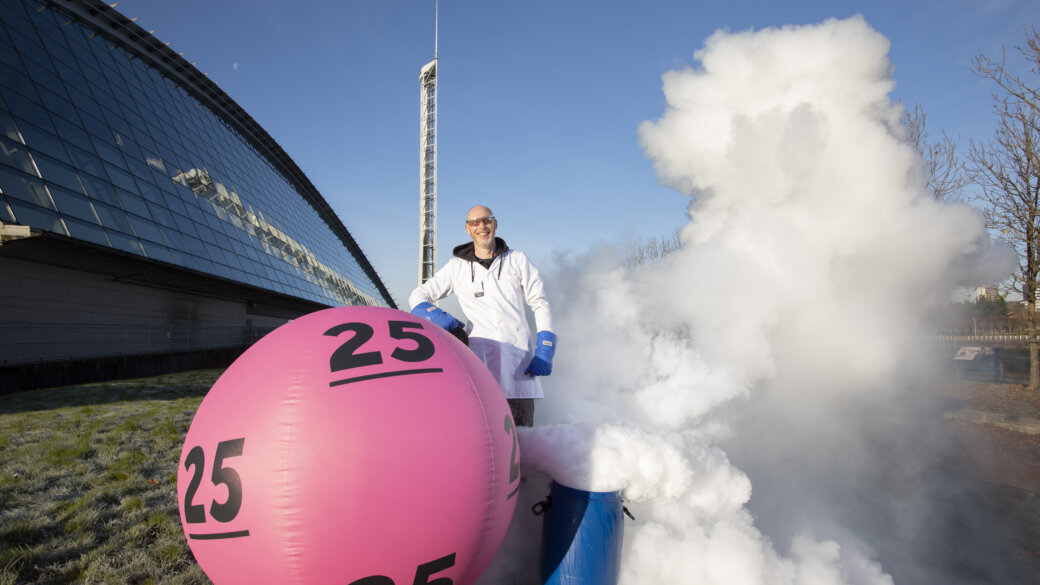 25 years of The National Lottery in Scotland

On 19 November 2019, The National Lottery will celebrate 25 years since the first draw. Here’s just a small snapshot of the amazing achievements that National Lottery players have helped make possible in Scotland and across the UK... 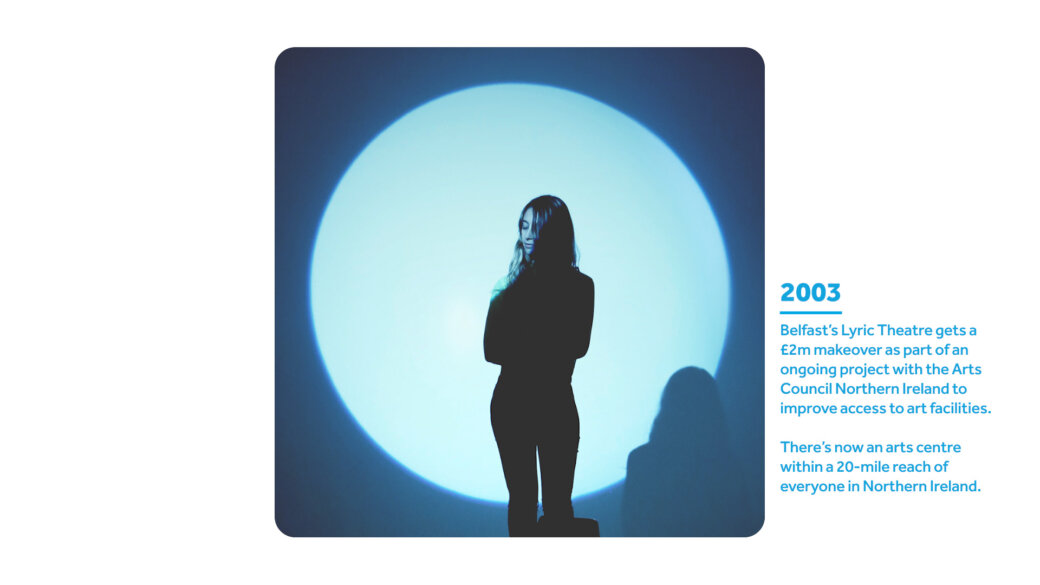 The National Lottery celebrates its 25th birthday in Northern Ireland

In the past quarter of a century more than £1.2 billion has been invested in 25,000 local good causes across the arts, sport, community and heritage sectors in Northern Ireland. 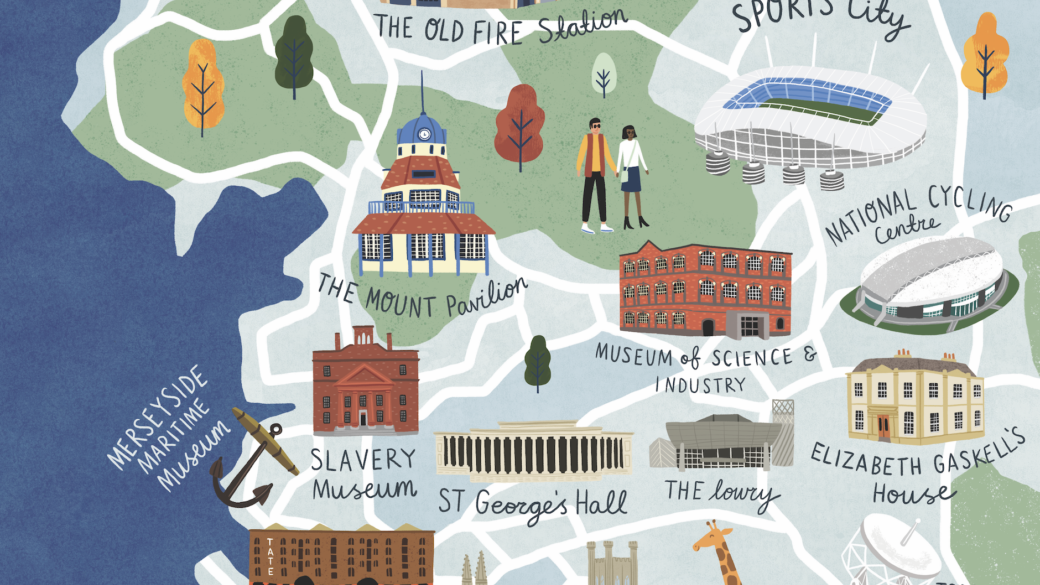 Talented illustrator Ruby Taylor has created a stunning map highlighting some of the key projects and places in the region that have thrived thanks to National Lottery funding. 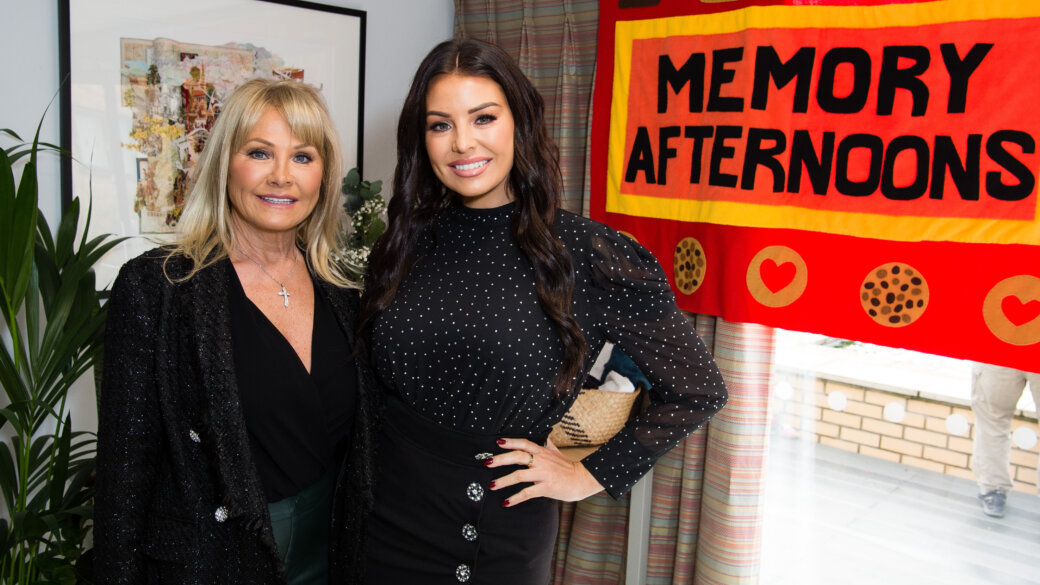 Members of Colchester’s Warm and Toasty Club were treated to a surprise luxury spa day and were joined by TV personality and reality star Jess Wright, and her mother Carol Wright, to mark World Kindness Day

National Lottery players have raised £850 million to directly help tackle loneliness and social isolation in communities across the UK. 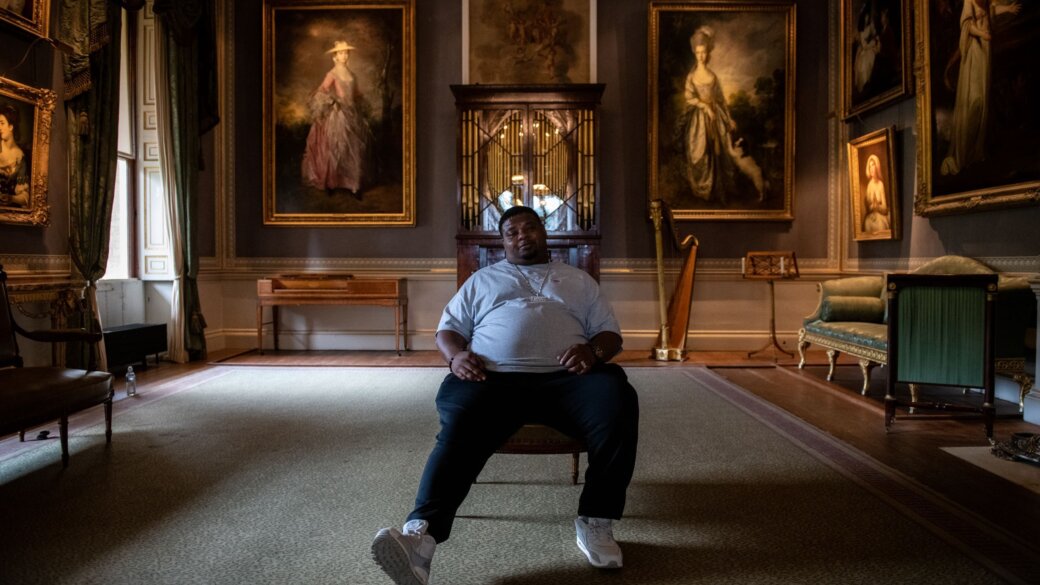 Big Narstie takes a cheeky glimpse inside a famous site

Since 1994, more than 44,000 heritage projects have been awarded over £8 billion via The National Lottery Heritage Fund. 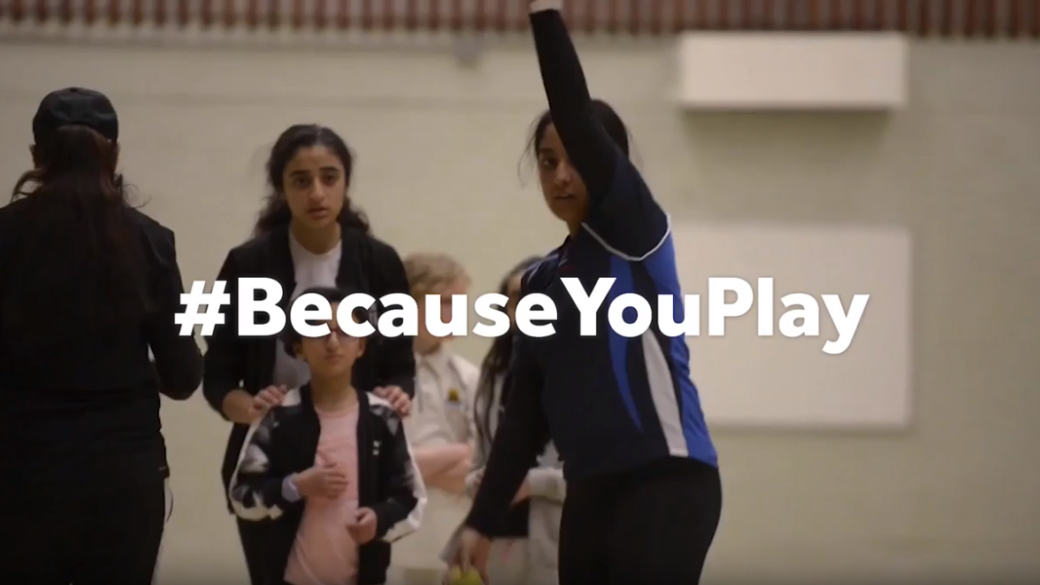 In the last 25 years, more than £5.7 billion of National Lottery funding has been invested into grassroots sports 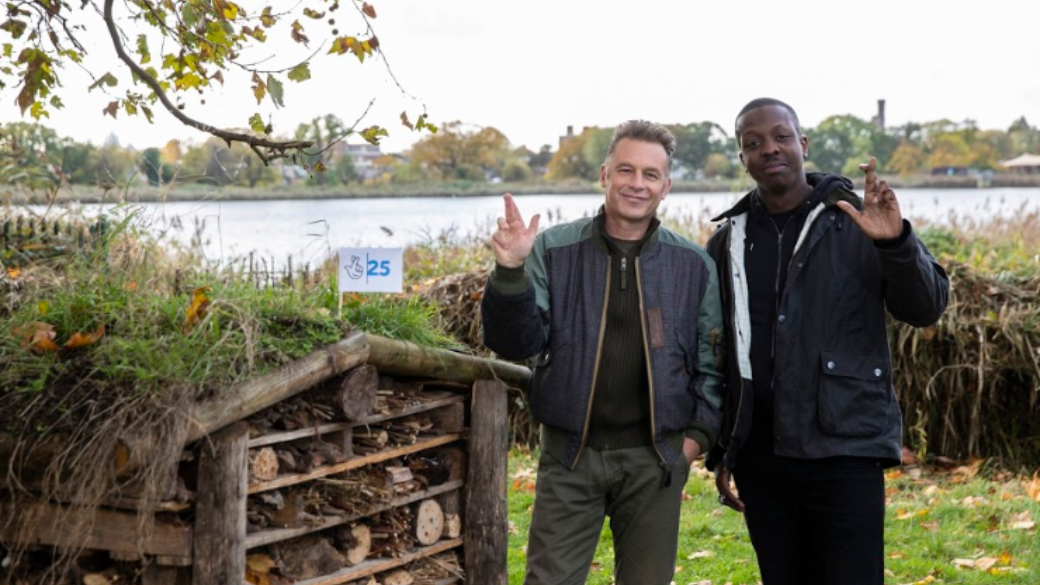 Chris Packham and youth activist, Jamal Edwards, joined a group of volunteers at a London Wildlife Trust project, Keeping It Wild, to show how people can do their bit to preserve natural habitats in an increasingly urban world.

Over the last 25 years, £829 million of National Lottery funding has gone towards projects that conserve natural heritage across the UK. 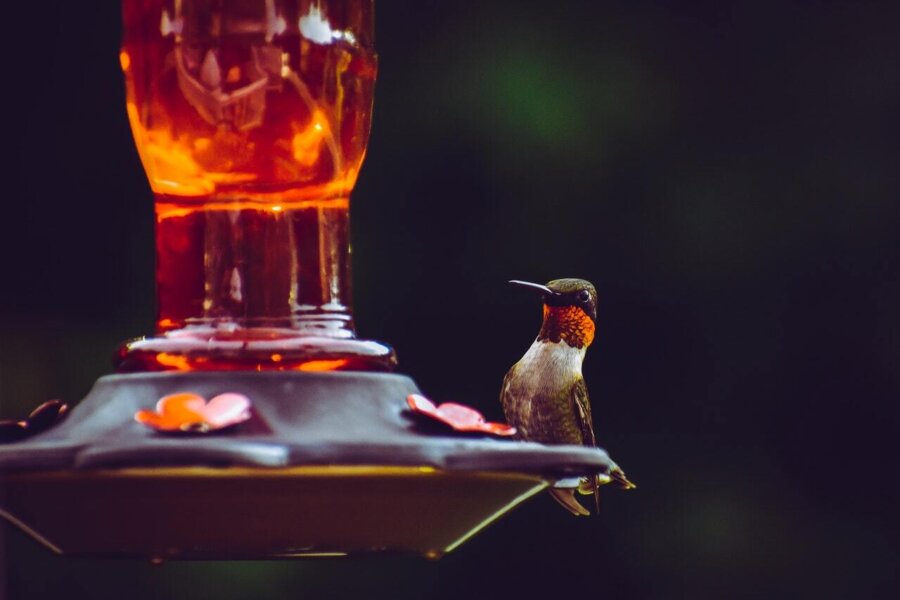 10 WAYS TO DO YOUR BIT FOR WILDLIFE

Together, our gardens and outdoor spaces create a vast living landscape. With an estimated 24 million gardens in the UK, you can help make a big difference to the natural world right on your doorstep!

Discover 10 ways you can make your garden more wildlife-friendly by clicking here!

The National Lottery has raised more than £339 million for over 28,703 projects supporting veterans over the past 25 years. 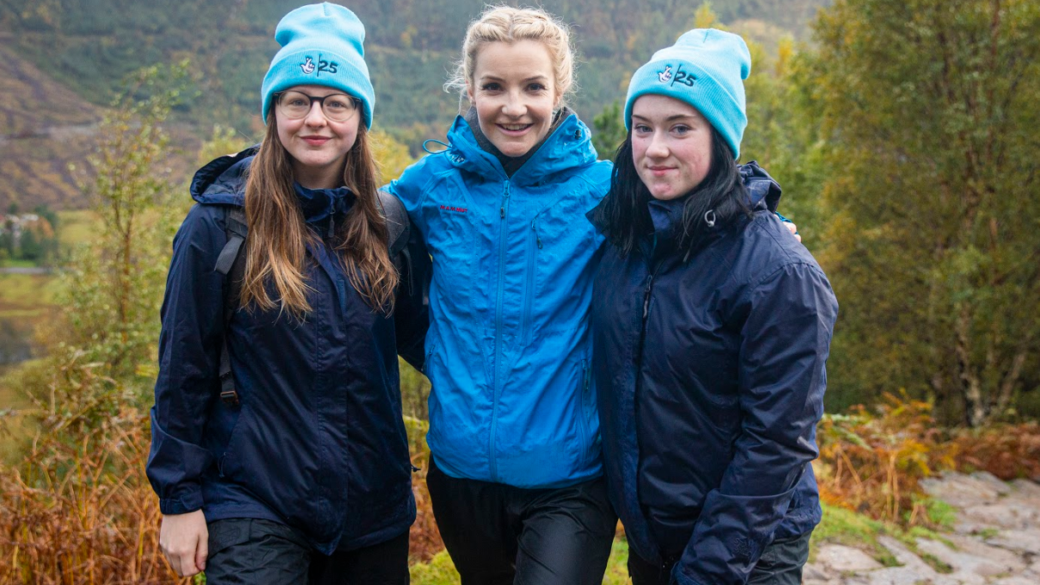 TV presenter and outdoor enthusiast, Helen Skelton leads a special expedition to the summit of the UK’s highest mountain, Ben Nevis, joined by a group of young people from the PEEK Project in Glasgow

Since 1994 over half a billion of National Lottery funding has been invested in over 9,220 projects helping people to enjoy the great outdoors and improve our health and wellbeing. 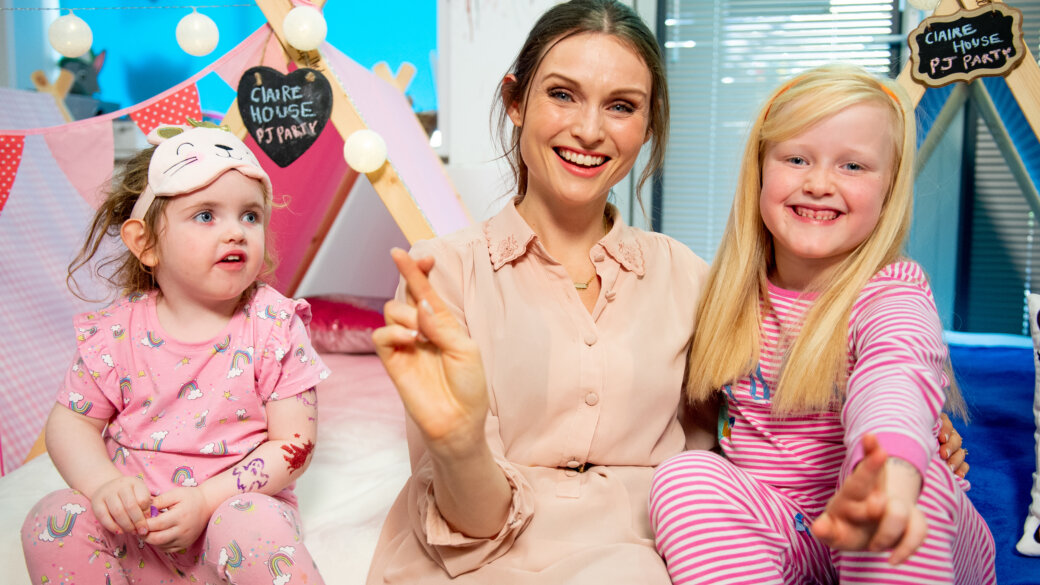 To celebrate National Lottery player’s support for charities across the UK for the last 25 years, Sophie Ellis-Bextor visited Clare House Children's Hospice to read them a bedtime story 📚 and enjoy a slice of cake 🍰 to celebrate #NationalLottery25 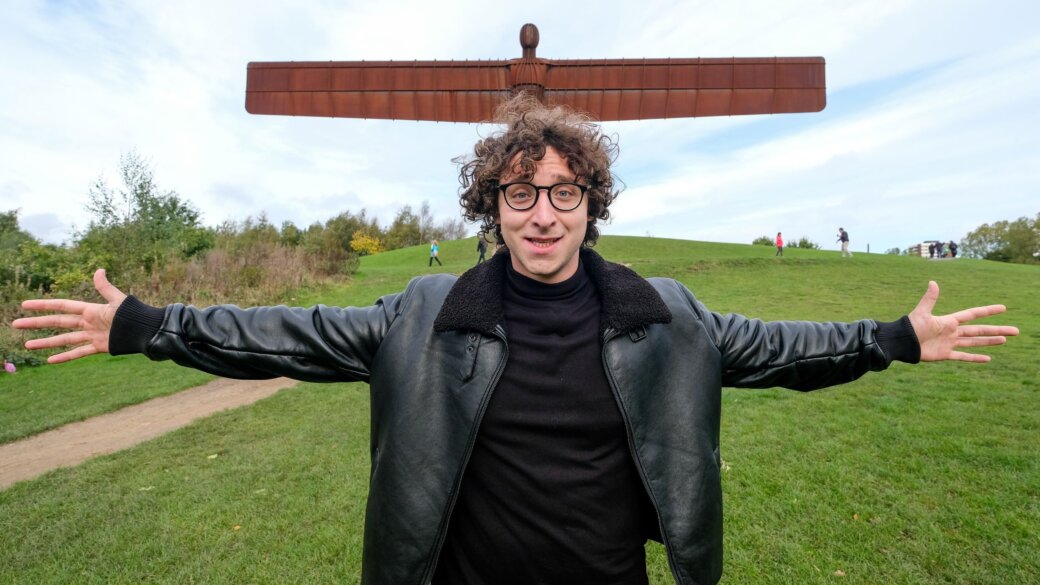 Illusionist and magician Julius Dein makes the Angel of the North disappear!

Antony Gormley’s Angel of the North is one the UK’s most famous pieces of public modern art, seen by 90,000 people every day. The artwork was erected
on 15th February 1998 and over 70% of the total cost - £584,000 – came from National Lottery funding. In the video released today, Julius Dein shocks locals
by making the iconic statue disappear, highlighting how different the landscape of the UK would look without the National Lottery.

Over £5 billion of National Lottery funding has been invested in theatre, music,
dance, literature and visual arts projects since 1994.1 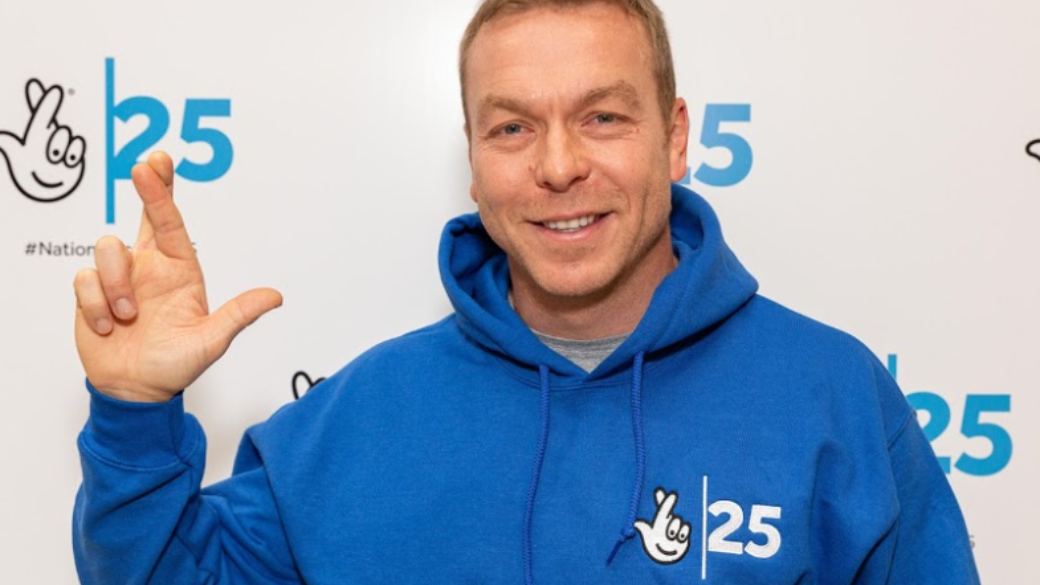 A whole host of inspirational Olympic and Paralympic medallists from the past two decades, including Sir Chris Hoy, Baroness Tanni Grey-Thompson and Nicola Adams OBE are today (Thursday 24 October) gathering at Westfield in the Queen Elizabeth Olympic Park, London, to celebrate The National Lottery's 25th Birthday and its transformative effect on Great Britain and Northern Ireland’s medal success since 1997, when funding was first awarded to elite athletes.

A total of 25 medallists (both current and past legends) will attend the event, showcasing the 864 medals won by Britain’s Olympians and Paralympians since National Lottery funding for elite sport began in 1997. 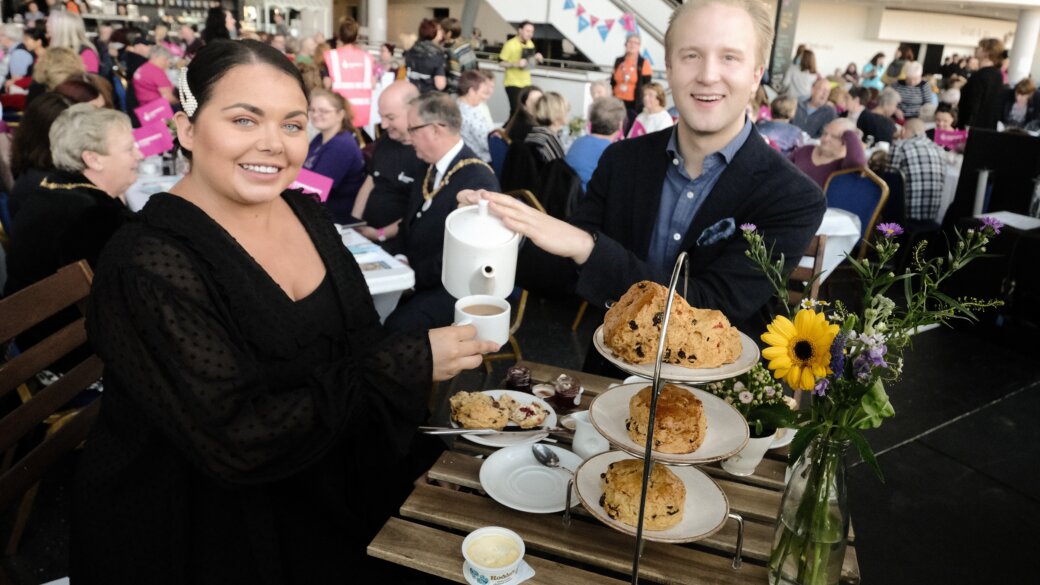 Scarlett Moffatt hosts record-breaking attempt for largest-ever cream tea party event at Sage Gateshead brings hundreds of people together from across the UK to celebrate The National Lottery’s 25th birthday. Community spirit shines through as folk from England, Scotland, Wales and Northern Ireland join in the Tea-Tyne fun.

Over the last 25 years, The National Lottery has invested £1.1 billion into places that bring people together such as local parks, village halls, community centres and much more. 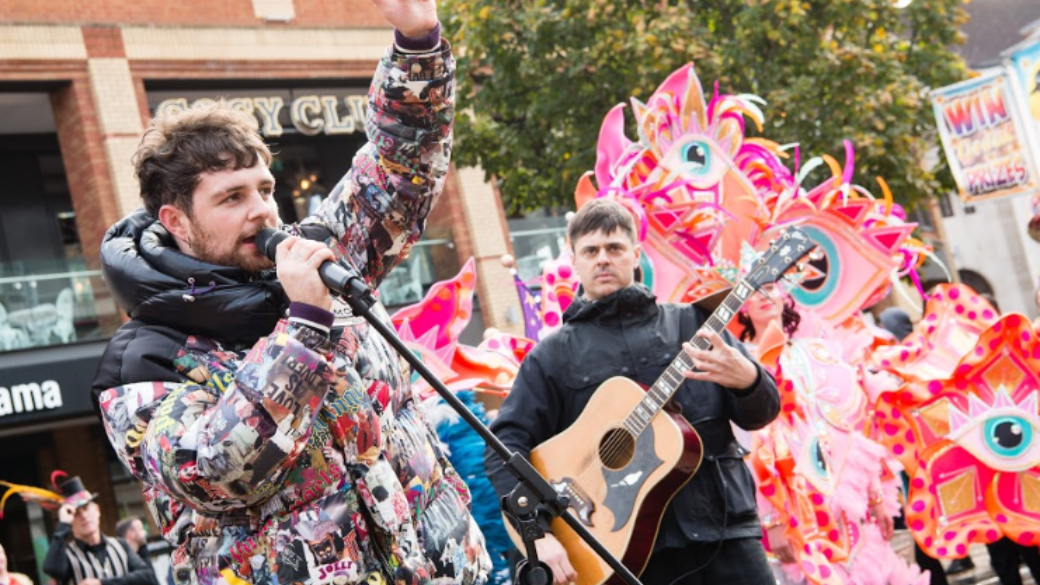 Singer-songwriter Tom Grennan delivered an impromptu, busking style performance in Coventry today as part of a thank you moment to National Lottery players who have helped invest over £2.2billion into the performing arts over the past 25 years. 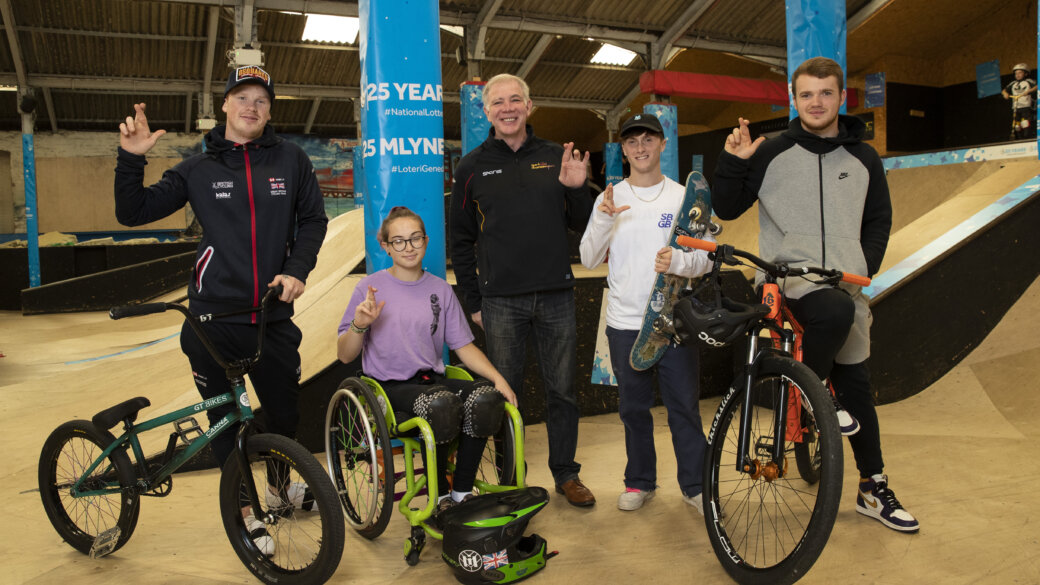 Some of the UK’s and the world’s finest skateboarders, BMX and Wheelchair
Motocross stars dropped in on young people at a South Wales skatepark today
to celebrate the £3 billion National Lottery players have raised to help young
people in the UK to develop and thrive over the last 25 years.

£22.5 million of National Lottery funding has
specifically been awarded to develop over 700 BMX projects and skateboarding
activities in local communities across the UK for young people to enjoy.

a new piece of modern art by world-renowned artist, David Mach RA, is being unveiled in the unlikely setting of a Manchester newsagents to celebrate the start of six weeks of celebrations for The National Lottery’s 25th birthday.

The artwork features a mix of famous and lesser-known national treasures including people, places, projects and icons that have been part of extraordinary things which have been made possible by The National Lottery.

View the interactive artwork at http://www.unitedbynumbers.co.uk/

Over the next six-weeks (14 October – 6 December), The National Lottery is hosting a range of activities, including free events for the whole of the UK to enjoy.