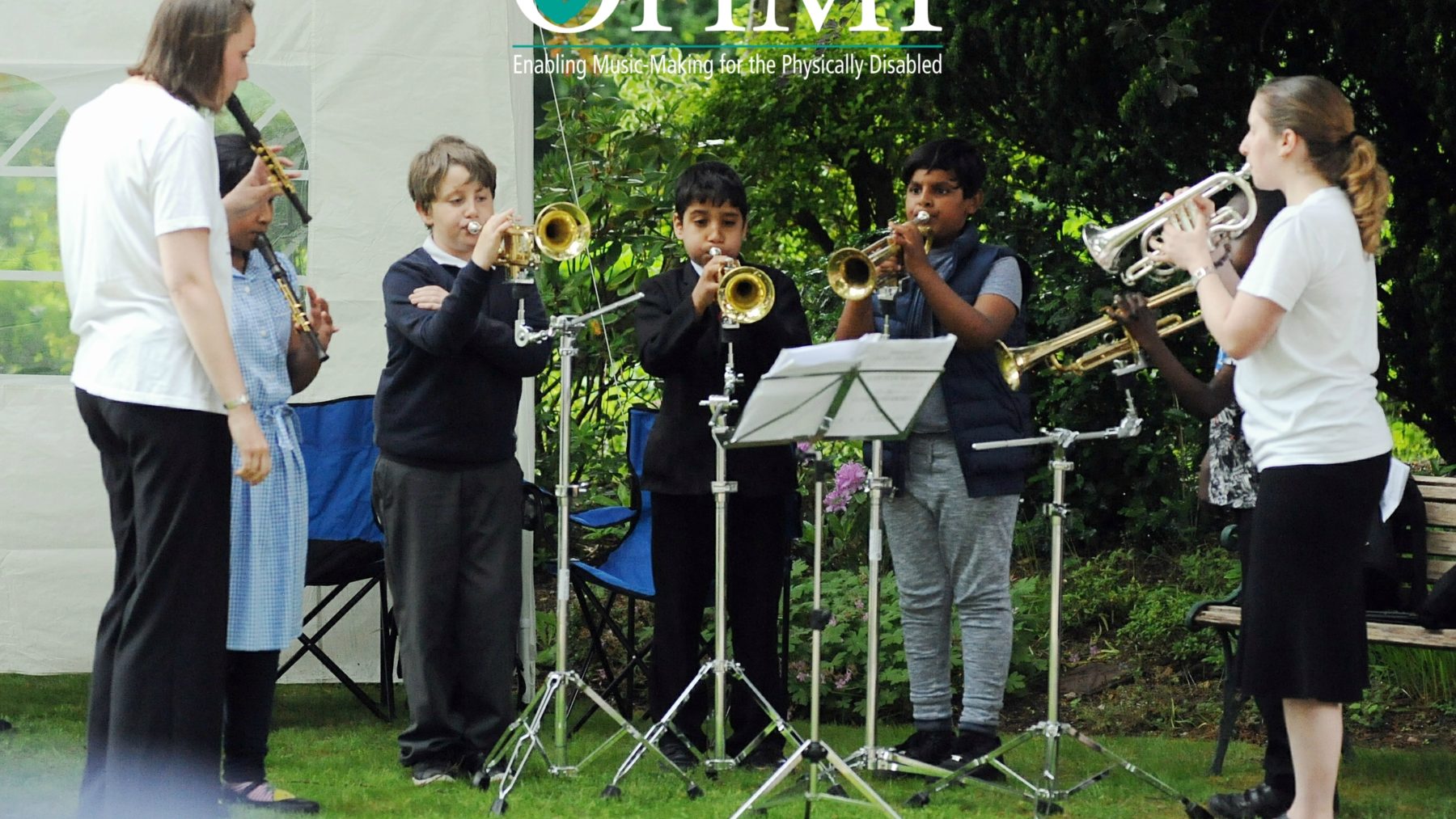 The benefits and importance of playing music are well established. However, what happens if someone has limited or no control of a hand or an arm? All conventional instruments require two highly dextrous hands to play, meaning that anyone with an upper limb disability will be excluded from most forms of music-making. But this is not just a barrier to playing music - it’s also an exclusion from the opportunity to make music socially with others, or to have a career in music. The problem affects 10s of thousands in the UK alone. This is where the OHMI Trust comes in.

The OHMI Trust works to remove the barriers to music-making faced by people with physical disabilities through the procurement of suitably designed musical instruments and equipment. Our instruments allow full and undifferentiated participation in music-making to the highest levels of virtuosity.

Dr Stephen Hetherington MBE founded the charity in 2011 after his own hemiplegic daughter, Amy, alerted him to the lack of instruments available to disabled musicians.

The instruments OHMI is acquiring really do enable people with physical disabilities to take part in music-making on equal terms.

If you would like to support their work, go to: www.ohmi.org.uk

OHMI has been proactive in procuring innovative designs for instruments that can be played with restricted use of the upper limbs. As new instruments have become available, they’ve begun to work with appropriate organisations to teach and promote their use to anyone previously excluded by their disability. It also runs a national hire scheme to make adapted instruments available to anyone who needs them.

Music Makers is the charity’s teaching support programme, supported by Arts Council England, which provides one-to-one music lessons and ensemble groups using the recorder and adapted brass instruments. It also makes around 50 school visits per year. After launching in Birmingham in 2015, a year later the project was rolled out in Surrey and Hampshire, and there are now plans to support children with upper limb disabilities across the UK. Further funding from The National Lottery Community Fund has been used towards management costs.