Rita Newman, who is a carer for her husband who lives with dementia, tells how a National Lottery funded arts project has helped her cope with loneliness

Rita Newman is originally from London but has lived in Mold, Flintshire for over forty years and has been attending Arts from the Armchair workshops since 2016.

The weekly creative sessions are for people with early onset memory loss and dementia and was founded in 2015 as a collaboration between Betsi Cadwaladr University Health Board and Theatr Clwyd.

Arts from the Armchair works closely with the carers involved, who’s daily experiences can be lonely and both physically and emotionally tiring.

Rita said: “I feel absolutely dreadful sometimes and my role at home can be mentally draining. When you are caring for someone with dementia, you don’t have time to do all the things you normally do. I’m a painter but I haven’t painted for years. Coming to the workshops is such a solace and it’s as if a big burden is lifted from my shoulders.

“It’s a warm, friendly environment where we do all these wonderfully imaginative things. They get our imagination working and we do silly things we would never do at home. I couldn’t have gone on as long as I did if I didn’t have this.”

The project provides a positive, creative and participant led experience with actors, musicians, costume makers and painters leading the sessions and performances. Activities include story making, puppetry, set design and word games which have proven to be stimulating, interesting and fun for those living with dementia.

A wealth of research by Betsi Cadwaladr University Health Board reveals that taking part in creative activities such as singing, painting and story writing can promote health and wellbeing and improve the quality of life of those living with dementia and their carers’. According to the health board, 11,000 people in north Wales alone are living with memory loss.

Rita said: “Thanks to the workshops, we get to work closely with the staff at Theatr Clwyd and we’ve made costumes, painted sets and visited the sound room where they take care of the audio for plays. We’ve been shown all the secrets and it’s wonderful. Having a part to play in a real theatre production was a dream come true.


“I started acting when I was eight but my parents wouldn’t let me pursue it as a career. To come here and be immersed in every aspect of the theatre is incredible. Most recently, I got to go on stage with professional actors and it truly was the highlight of my life. I just wish this project was all over the United Kingdom, it has without a doubt rejuvenated our lives.”

An award of £26,000 thanks to National Lottery players through the Arts Council of Wales has helped Arts from the Armchair reach people living with dementia and mild cognitive impairment and their carers’ in the Wrexham and Flintshire areas. The programme was winner of the Arts, Business and Health award 2017 for its successful arts and health partnership.


Andrea Davies, Betsi Cadwaladr University Health Board Arts in Health and Well-Being Coordinator said: “We are incredibly proud of this project which has opened doors for the participants and been a positive experience all round. The idea was to develop a project where creative and health professionals would collaborate to design the perfect intervention project; one which would be inspiring, positive and engaging and create a sense of community for those taking part.


“Independent evaluations reveal that those taking part and their carers feel the benefits with many saying that coming to Arts in the Armchair is the highlight of their week and that the feel-good factor can last for days after the sessions. I would like to take this opportunity to thank all involved, not least the Arts Council of Wales and National Lottery for funding the Creative Well scheme, without which, we could not deliver the programme.”


In Wrexham and Flintshire alone, the National Lottery has awarded around £101m to over 4,600 good causes since it was launched 25 years ago. Charities, community groups, grassroots sports projects, arts organisations, athletes, film makers, and heritage sites have reaped rewards from the funding.


Keep an eye in local media and on National Lottery Good Causes on Facebook, Twitter and Instagram and the hashtags #LotteryLovesWrexham #LotteryLovesFlintshire #Chwedlau’rLoteri over the next month for more inspirational stories like Arts from the Armchair which illustrates how National Lottery funding has helped to change the lives of people in Wrexham and Flintshire for the better. 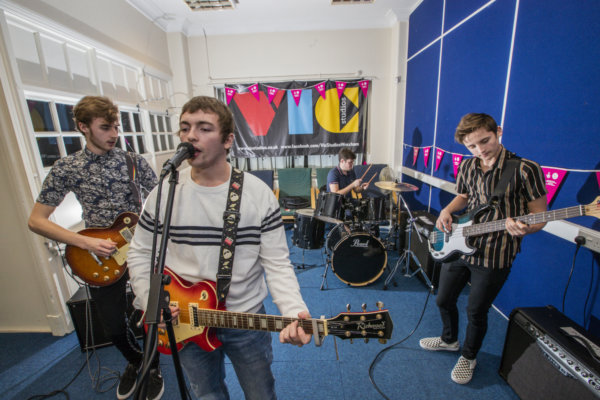