The 27-year-old from Oldham, who has been selected to represent Team GB in the women’s skeleton at Beijing 2022, is a former Great Britain junior heptathlete.

So, heading into this year’s Winter Olympics, which will see the Chinese capital become the first city to host the Summer and Winter Games, it’s no shock that Usain Bolt’s golden 100m success is Crowley's clearest memory of Beijing 2008.

“I don't remember a lot of 2008,” Crowley said. “But the thing that I remember the most was Usain Bolt because I know that's when he came onto the scene and was just breaking records left, right and centre.

“So that's the one thing that I really remember about Beijing. I guess I was quite young at the time in school, but I remember just watching all sports and Usain Bolt was the standout for me.”

Crowley is the living legacy of Great Britain’s skeleton success, having taken up the sport after Lizzy Yarnold’s triumph in 2014.

Following in Yarnold’s footsteps, Crowley is one of over 1,000 athletes able to train full-time, access the world’s best coaches and benefit from pioneering technology, science and medical support thanks to vital National Lottery funding. She will be hoping, alongside trusty sled Ethel, to slide her way to more Olympic glory.

Team GB’s women have won a skeleton medal at every Olympics since the discipline was reintroduced in 2002, including Olympic champions Amy Williams and Yarnold.

She said: “Lizzy and Amy have stayed around a lot and mentored us, it's hugely inspiring.

“Especially for me as a woman, you don't always have incredible female idols within sport, but to have them in skeleton has been amazing for me.” 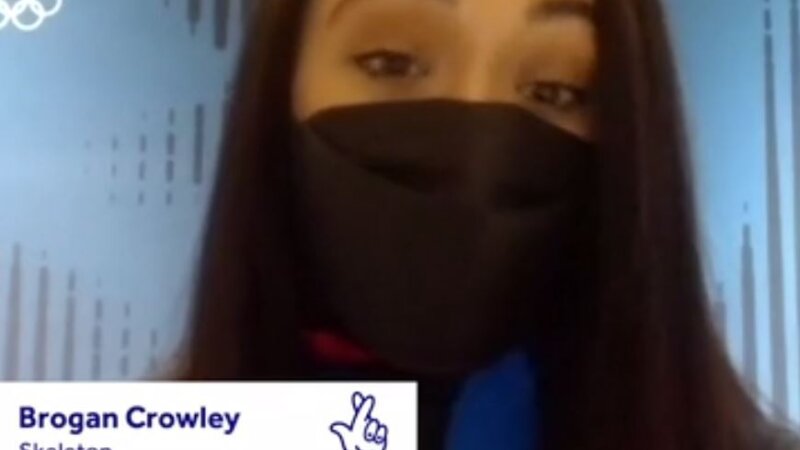 Crowley is hoping to add to the 1,000-plus medals achieved by British athletes since the advent of National Lottery funding to elite sport in 1997.

“The message a lot of the time that we get given is to enjoy it and appreciate it. At the end of the day, it is just another race.

“I did my first World Champs last year, which was my first four-heat race, the Olympics is the same set-up.

"It's no different to anything else. There's just more eyes on you and watching you, so everything should be the same.”

She said: “There shouldn't be any new routines or anything like that.

“That’s the message that we've been given, really, to just take it one step at a time, embrace everything and enjoy it.”