Unlike his rivals, many of whom were skiing on alpine slopes as soon as they could walk, Team GB slalom skier Dave Ryding was a little late to the game.

Ryding started on a dry slope in Pendle, Lancashire, and didn't ski heavily as early in life as his Swiss and Austrian counterparts.

In fact, he didn’t start training on snow until he was 12 years old.

But that didn’t stop him becoming one of the world’s top 20 slalom skiers at the fashionably late age of 28.

Six years later and with three Olympic appearances under his belt, Ryding is still going strong and continuing to prove people wrong.

"I'm 34. But I feel good, and I'm still here,” said Ryding, who is able to train full-time, access to the world’s best coaches and benefit from pioneering technology, science and medical support thanks to National Lottery funding.

"Coming to the top later means my motivation is still right up there.

"In my twenties, I didn't go out partying. I've always done my training and I think that does pay off in later life. I'm doing better numbers in the gym and running than I've ever done.

"I get the odd joke about being the old guy, don't get me wrong, but I enjoy that as well!" 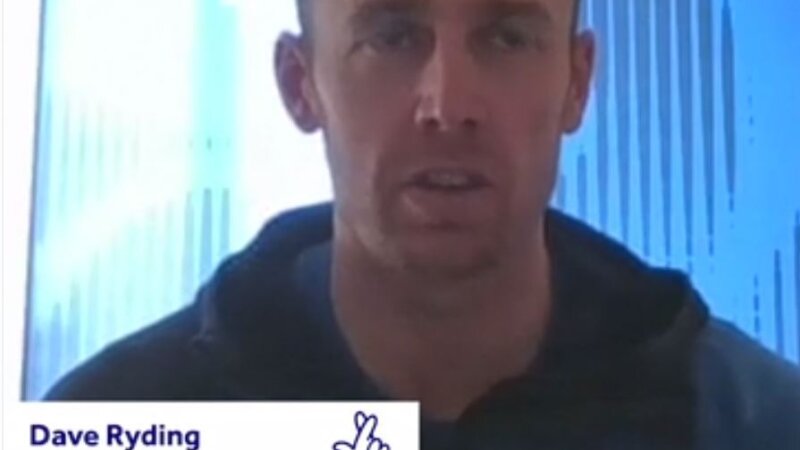 “I don't take the World Cup as any less than the Olympics, I treat every race as my Olympics and do or die, life or death.

Ryding has consistently dropped several places at each Winter Games - 27th at his first Olympics at Vancouver 2010, 17th at Sochi 2014 and ninth in PyeongChang.Ryding scored the third World Cup podium finish of his career when he won the bronze in Adelboden in January 2021, but his momentum was cut short when he found himself struggling with a serious back problem.

However, he came back to summer training with a spring in his step and, for the first time in ten years, training partners.

Ryding now trains with young British skiers Billy Major, who won his first Europa Cup race in 2021, and PyeongChang Olympian Laurie Taylor.At 24 and 25, the pair are several years his junior, but according to Ryding, they provide vital support and help to keep him motivated.

Ryding said: "It brings a whole new vibe - just going to training, if I'm feeling a bit tired and see one of them up for it and motivated, it's game on."I did ten years on my own, which has worked, but it means the tough days are tough and there's nowhere to hide. Now it's easier to bring energy up and get back out there."Now, Ryding is hoping to join the elite list of 1000+ athletes who have won Olympic or Paralympic medals since National Lottery funding to elite sport started in 1997.

"I don't define myself by the Olympics but I would love to cap it off with a good Olympic result," said Ryding.