From hating bathtime as a kid, to becoming an Olympic swimmer

Adam Peaty could hardly be described as a water baby – as a toddler he would scream and shout so loudly at bath-time his family would call the neighbours to apologise. Peaty was just four years old when he was taken to his first swimming lesson with school pal Jack Stevenson – still his closest friend 22 years on. He hated it.  However, Olympic journeys rarely chart a predictable road, with just days to go before Peaty looks to cement his position as Britain's greatest male Olympic swimmer of all time in Tokyo.  His dedication to the cause is legendary – he barely gives himself a minute to process his latest record-breaking swim before switching focus to what is next.  Two words that best sum him up. "Never satisfied," he says. 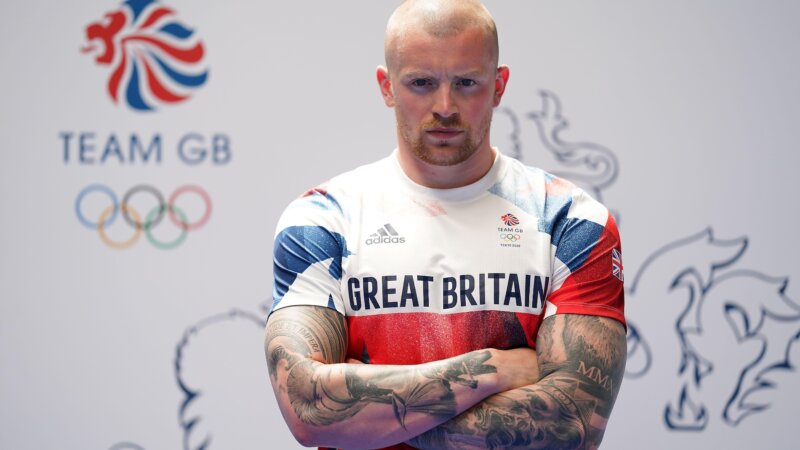 Later this year he will release his book 'The Gladiator Mindset’.

"You can always push yourself beyond what you thought was possible," added Peaty, who is one of over 1,000  athletes to benefit from National Lottery funding, allowing him to train full time and benefit from world class facilities, technology, coaching and support teams. Anyone can develop a winning attitude, whatever they do. Too many people impose limits on themselves."

By the time most of us are waking up, Peaty is in the pool, crunching out three miles in the first of his two-hour daily sessions, punctuated by another 90 minutes in the gym. He is tucked up by 9pm each night – which is hardly surprising when you consider he is churning out 1,680 lengths a week and consuming around 7,000 calories a day, despite fasting for 16 hours a day. The raw equation of all the above leaving him with just six percent body fat.

He was nine years old and dripping wet when he joined Dove Valley Swimming Club, breaking most club records before he joined secondary school.  When he was 14, he switched to City of Derby, where he hoped to impress their coach Melanie Marshall, a former Olympic swimmer with a keen eye for talent and big point to prove.

"I got him swimming freestyle, it wasn't that pretty and he was struggling in the slower lane with the ten-year olds," she recalls. "And then he started on the breaststroke, that's when I knew we had something really special."

Peaty is not just the best 100m breaststroker in the world, the discipline in which he is the Olympic, World, European and Commonwealth champion. He boasts the 20 quickest times of all-time, indeed such is his dominance that it seems rivals would be left trailing in his wake if fitted with flippers and an outboard motor. Marshall knew she had the raw material for a good swimmer – large hands, big feet, an extraordinary cardiovascular system and hyper-mobile, double-jointed knees and ankles. But nature will only take you so far, she needed Peaty to match her own fierce work ethic. Now their partnership is so symbiotic they could complete each other's sentences.

"It wasn't always the case," admitted Peaty, who is one of a generation of athletes who has seen Olympic and Paralympic sport in the UK be transformed over the past two decades with the support of National Lottery players, helping Britain become one of the best sporting nations in the world.

"When London 2012 was on I was 17, with all those distractions of being that age. I realised I had a choice; I very quickly knew what I wanted. "I was a good club swimmer, winning medals at the UK School Games and stuff like that. When I realised, I would not be satisfied with that it was straightforward, I don't think about the things I missed as a teenager and I don't see it as a sacrifice." You could fill shelves of books with Peaty's quotes about his obsessive need for self-improvement, an athlete honed not just in the pool and gym but on the sports psychologist's 'couch'.

"The sword is most deadly when it’s sharp, that's why I can never be complacent," he says. "I know everyone wants to beat me and that inspires me. I cannot explain the emotions of it, it is a cocktail of nerves and adrenalin, there is really nothing like it, you need to feel it to explain it really. Standing on the blocks before an Olympic final, going at its full speed with everything you've got – that's what it's all about for me."

Peaty and Marshall are living a shared ambition, which makes their partnership a potent one. Marshall went to the 2004 Olympics as the world number one and failed to make her final, though she is not living out dreams through her charge, rather underlining her position as one of the world's top swimming thinkers. "Mel always says 'anyplace, anywhere, anytime, anyone' – it's the mentality of always being ready and no excuses," he adds. "I know this is a big moment, for me and the team but it's two lengths of a pool and whatever happens I won't let that define me." "Perhaps becoming a dad (Peaty's partner Eiri gave birth to George-Anderson last September) has changed my outlook a bit, I'm more chilled and I don't take sport out of context, I think I've just got more prospective and clarity."

No one does more to support our Olympic and Paralympic athletes than National Lottery players, who raise around £36 million each week for good causes including grassroots and elite sport. Discover the positive impact playing the National Lottery has on sport at www.lotterygoodcauses.org.uk and get involved by using the hashtags: #TNLAthletes #MakeAmazingHappen