Freestyle skier Katie Summerhayes might be preparing to take to the snow at Beijing 2022, but she started her sporting career in a very different place – Sheffield.

The 26-year-old originally learnt how to ski at Sheffield's dry slope, but soon made the transition to snow and this year will represent Team GB in the women’s slopestyle and big air at the Winter Games.

But unlike many of her rivals, she doesn’t go home to a ski resort in between competitions; instead, she returns to the city she grew up in.

“When we have time off, my competitors go home to some of the best resorts in the world.

“I come home to Sheffield because obviously I love Sheffield. It doesn't have snow and mountains, so we just have to make most of every opportunity we have on snow.”

And after recording seventh-place finishes at Sochi 2014 and in PyeongChang four years later, Summerhayes hopes to soar even higher in the Chinese capital this year and secure her spot on the podium.

She may have spent some weeks away from the slopes in the runup to the Games, but that won’t stop her trying out some new tricks. 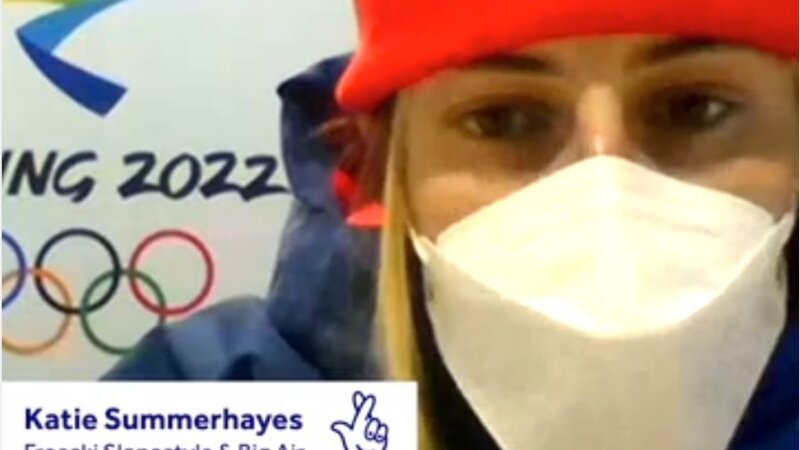 There will definitely be stuff I've not done before at an Olympics, which will be exciting. We'll just see how the course runs when we get there.

“When you look at a course for me, I look at it and think: I want to do that, and I'm going to do that there. I'm going to do this trick there and then when you get out there it could be completely different. I try not to make up one in my head before I go.”

“This has made it all possible, not just for me but every other athlete on the ski team and in winter sports,” she said.

“It's just unbelievable what they've helped us achieve - and I will forever be thankful to National Lottery players for their support.”