Veteran skeleton, Laura Deas, first Welsh woman to win a medal at the Winter Olympics, is looking forward to add another one to her collection.

Veteran skeleton competitor Laura Deas still gets goosebumps when she thinks about her first Olympic experience at the 2018 Winter Games in Pyeongchang.

Four years ago, the 33-year-old became the first Welsh woman to win a medal at the Winter Olympics when she came third in the women’s skeleton event.

This achievement further cemented the incredible dominance of Team GB in the skeleton, which has seen Brits reach the podium at every Olympics, and win nine medals, since the sport was reintroduced after a 54-year absence at the Salt Lake City Games in 2002.

But despite this extraordinary success, many Brits still see the Skeleton as a niche sport, Deas said.

Deas, who has achieved her incredible success in part thanks to National Lottery funding, said: “I think skeleton has a slightly unique feel. In the one sense, we’re a very well-funded professional programme, we’re cutting edge of technology, we’re doing everything to the best of our ability.

“But on the flip side, we still have a slight sort of Eddie the Eagle-type perception from the British public, that they think we’re all nutters throwing ourselves off the side of a hill, and why on earth would you want to do that?

“I really enjoy the attention that the sport gets once every four years, because it’s not something that’s in the public eye all the time.”

Deas has been competing in the skeleton since 2009, when she was brought into the sport through UK Sport's "Girls4Gold" talent identification programme. 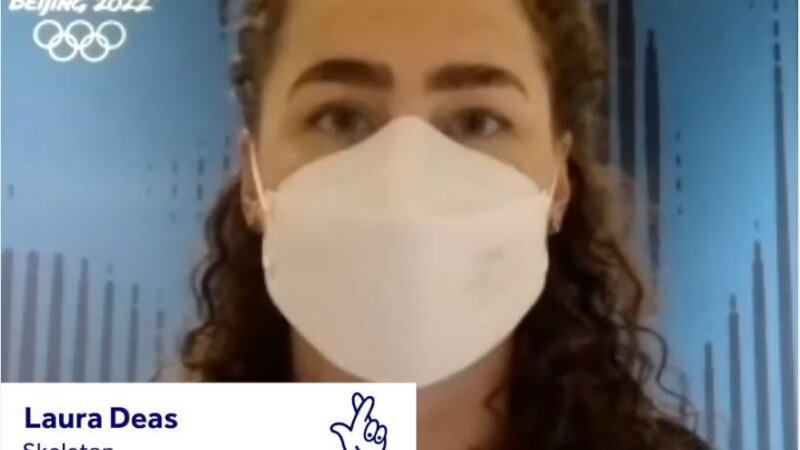 At the Beijing 2022 Winter Games, she will be the only veteran Winter Olympian on the squad, with PyeongChang bronze medallist Dom Parsons and Lizzy Yarnold—the only winter Olympian to defend a title for Team GB—among those hanging up their sleds after South Korea.

Deas, who is bidding to add to the 1,000+ Olympic and Paralympic medals achieved by Team GB since National Lottery funding to elite sport started in 1997, said: “If we all qualify, it will be everyone else’s first Games experience.

“I love drawing on that. The hunger and the motivation that they have to reach their first Olympic Games, because it’s something that I remember very vividly as being very particular.”

“It’s such a strong driver to want to join that club, to become an Olympian, so actually I’m drawing a huge amount of motivation and energy from what they’re bringing to the team as well.”