Meet the lockdown legends, the COVID-19 champions and the hometown heroes who've been working tirelessly through 2020 to support people in need in their communities. All eight of them have been awarded a National Lottery Award 2020 to recognise their huge efforts, as well as giving them £3,000 to put towards their fantastic projects. 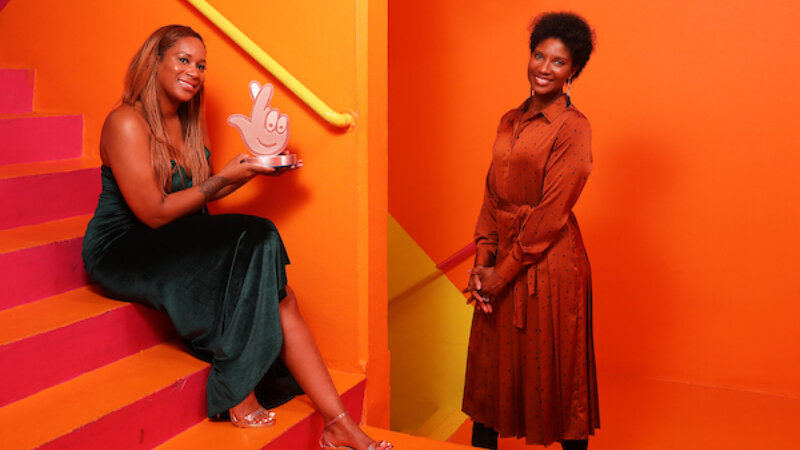 In 2016, Leanne was just 30 when she was diagnosed with stage three breast cancer and underwent chemotherapy as well as a bilateral mastectomy.

She set up set up the charity The Leanne Pero Foundation last year, to address the lack of education about cancer amongst the black community and to provide specialist support and services for black cancer patients.

After being given the all clear in summer of 2017, she created Black Women Rising – The Untold Cancer stories, the UK’s first all-black female cancer portrait exhibition. It featured portraits of 14 black women diagnosed with breast cancer bearing their treatment scars and is due to exhibit at the Tate Gallery in London in 2021. 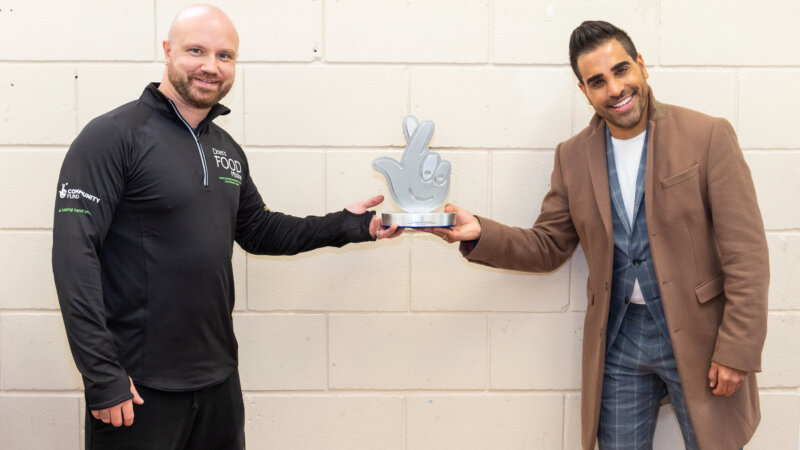 Dad-of-two Dominic Warren set up Dom’s Food Mission in 2015 with his wife Alexandria to help families in his local community who were less fortunate, and to combat food waste. They worked with local businesses and residents to collect and donate surplus food to local foodbanks and soup kitchens.

When lockdown hit, Dom took the project to the next level, delivering 8,000 food parcels a week and preventing 35,000 tonnes of food going to landfill every month. 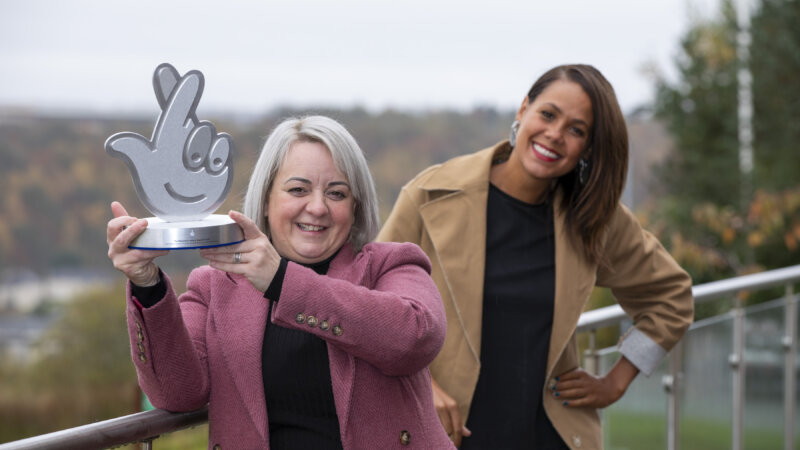 Julie Morrison was 37 weeks pregnant when she was told her baby daughter Erin had no heartbeat. Along with the pain of the loss, Julie and her husband Bryan then experienced a lack of aftercare and long waits for counselling services.

Their tragic loss drove them to help other parents who had experienced similar losses, founding Baby Loss Retreat, offering weekends away to bereaved mums and dads in Scotland.

Julie has been organising counsellors to give online and telephone sessions during 2020 so families could still access support. With grieving families more isolated than ever, and women often having to go for bad news scans and undergo time in hospital alone, Julie continued to receive new enquiries throughout, even helping one family to arrange a funeral. 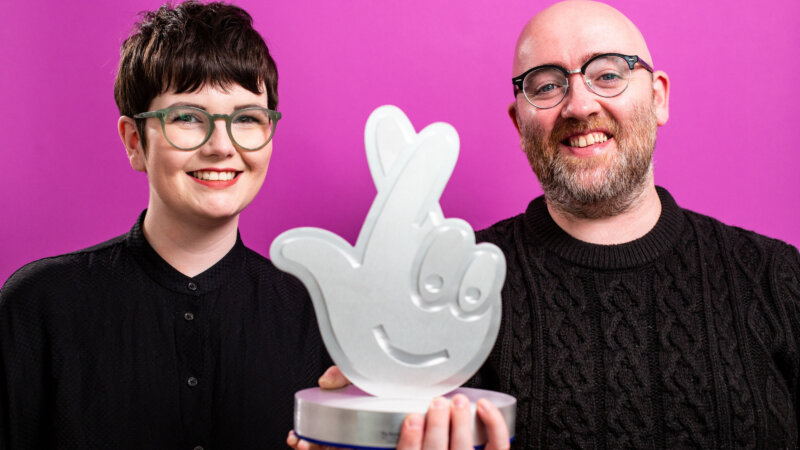 From March 2020, they suspended their usual work and turned their efforts to supporting D/deaf audiences and ensuring the world of film still remained accessible to them. Sean has been working 12 hours a day, seven days a week, captioning films to ensure that D/deaf audiences can still enjoy the world of film as cinemas and film exhibitors take their activities online. They have captioned over 250 films since lockdown began. 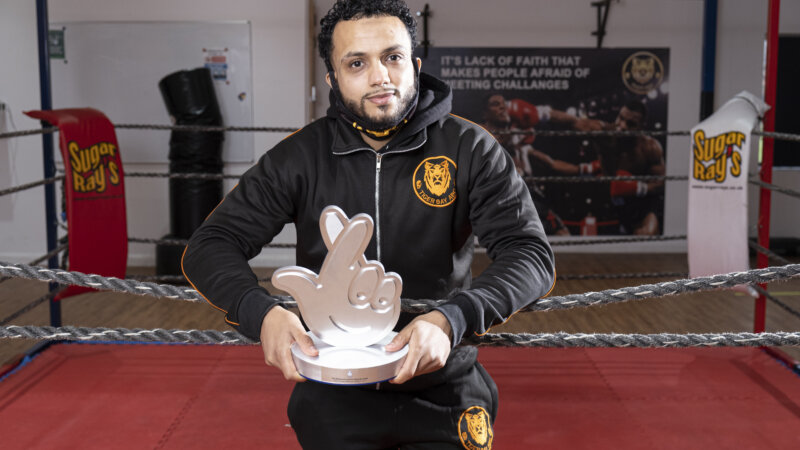 Wasem Said opened Tiger Bay Amateur Boxing Club two years ago, in tribute to his former mentor, champion boxer Pat Thomas. Wasem and the coaches at the club work to combat antisocial behaviour amongst young people and prevent extremism and Islamophobia by creating a cohesive community of all religions, races, and nationalities. 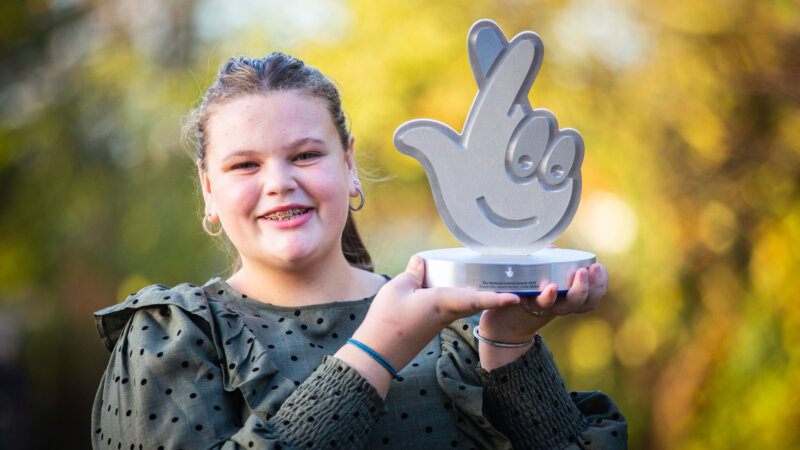 Caitlin Walker has autism, OCD and severe anxiety, and is a young carer for her dad. She was unable to take her GCSEs, so used her free time to volunteer
in her local community, running errands for those shielding, and sourcing donations for the ICU staff at her local hospital. 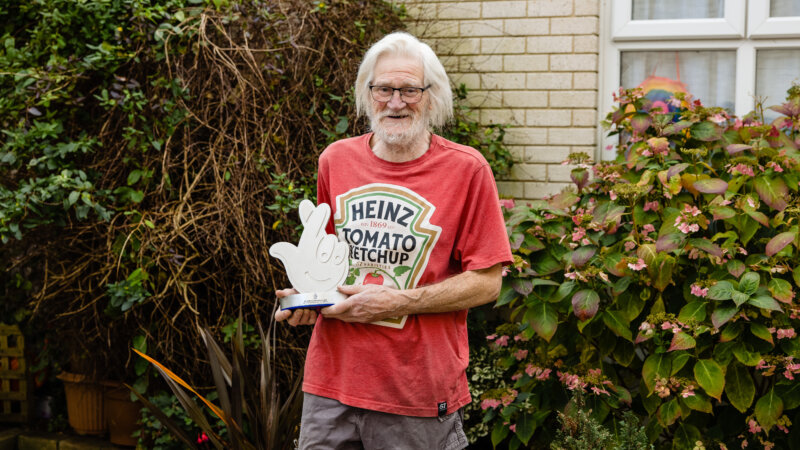 81-year-old former teacher, designer and restauranteur Tony Gibbons set up his Friendly Food Club 15 years ago to improve the confidence and diet of struggling families through fun cookery workshops in local community centres. From April 2020, Tony took his classes online, creating The Family Cookbox initiative, which contain all the ingredients to make healthy meals, plus quizzes, games and food facts, as well as online recipe videos. They delivered close to 3,400 Family Cookboxes from April to August, and encouraged participants to share their meals on Facebook, which got the families chatting to each other. 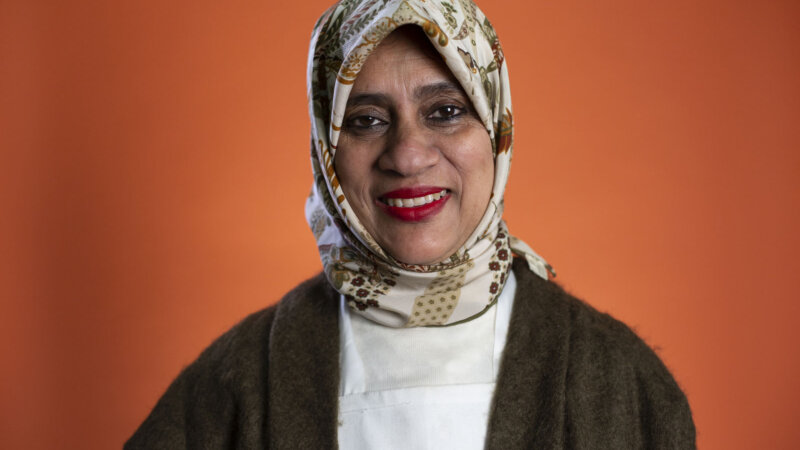 Taslima Ahmad is passionate about preserving and promoting the shared heritage of hand processed textile manufacturing of Britain and South Asia. Unable to run workshops in person during the pandemic, she took her sessions online to help vulnerable and disadvantaged BAME women to cope with the impact. She also applied for and received funding for sewing machines, which allowed 20 women to become self-employed making textile products using Taslima’s heritage techniques.