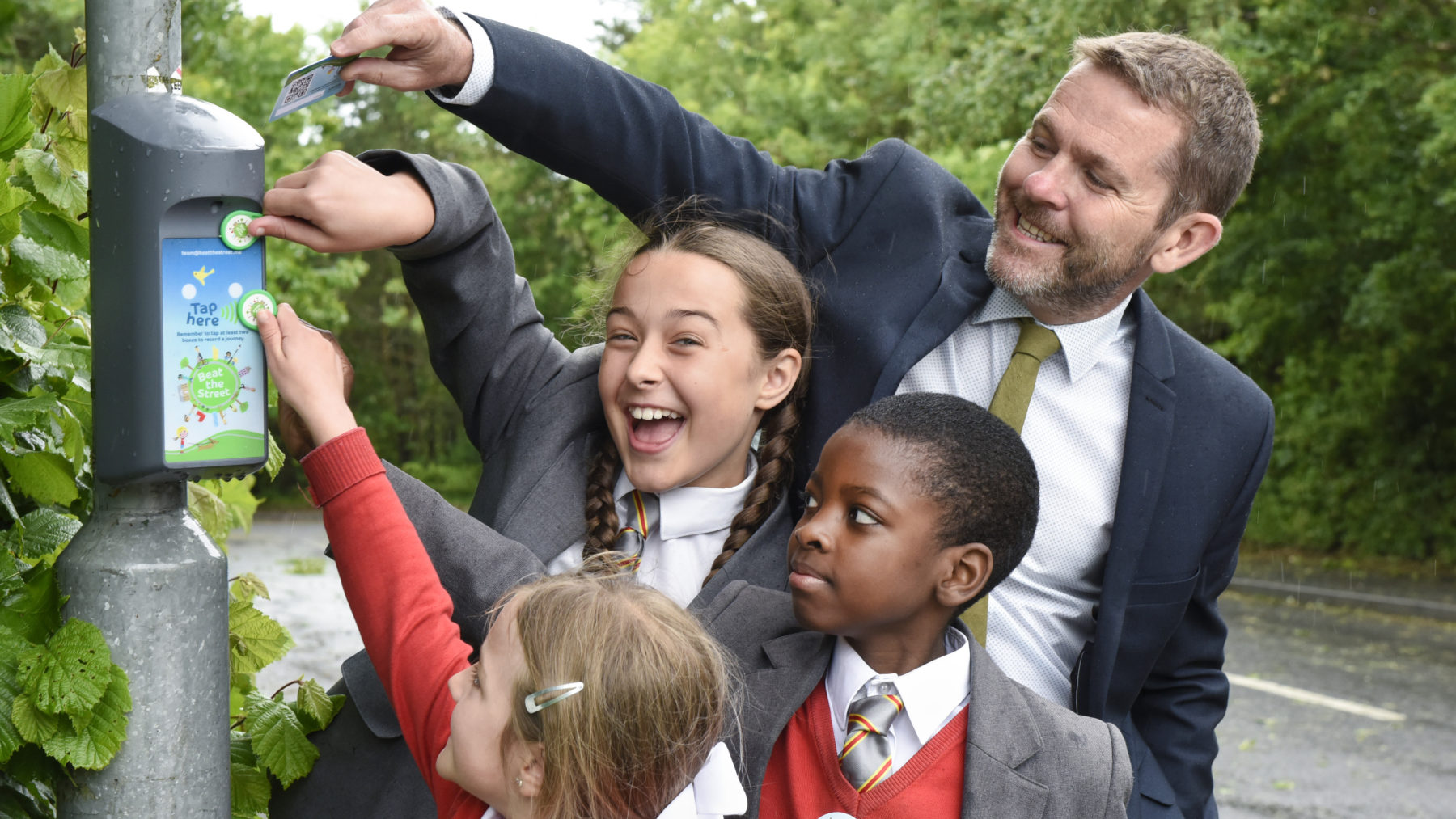 Beat the Street transforms towns across the UK into an epic game for all ages. Participants acquire points based on how far they walk, run and cycle, tapping key cards on various hotspots in their area. Beat the Street brings families and friends together, whilst promoting a healthy lifestyle. 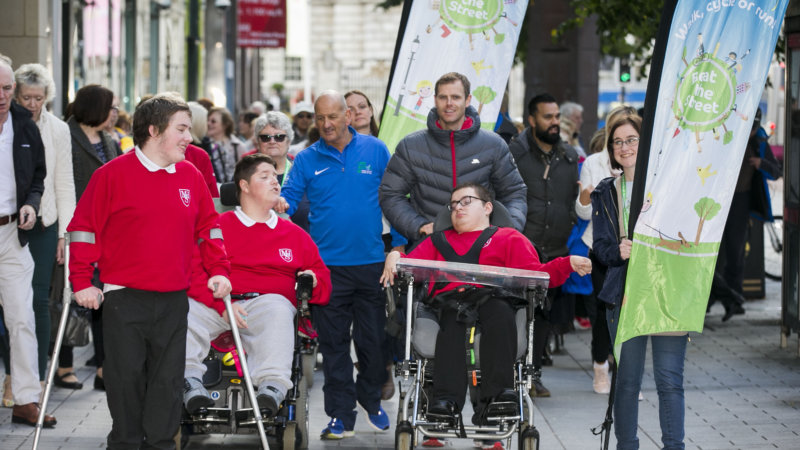 Beat the Street combines sport and technology by transforming whole villages, towns and cities into a giant game. Players tap sensors around their community with contactless cards to track their journey, earn points and help their school or workplace win prizes.

The project was initially designed as a walk to school initiative, which was then transcended into a community scheme by its founder William Bird. The National Lottery funded its pilot programme in Wolverhampton, an instant success which engaged 11% of the population and clocked up 200,000 miles collectively. Following its success, The National Lottery has gone on to fund games in Swindon, Dorset, Barnsley and other towns and cities around the UK.

Beat the Street has been a breath of fresh air for each of the communities in which it has been launched, encouraging physical activity whilst offering families and friends a reason to spend time together. The scheme has been particularly popular with groups which include a disabled member, as the scheme offers an accessible and inclusive means of indulging in exercise. The breadth of different age groups participating is also evident, with 52% of players being adults and 48% being children.


On top of this, the scheme allows its participants to connect with their local environment. Beat the Street’s founder, Dr William Bird, said: “Walking isn’t just a physical activity, it’s a social interaction where people can connect with the outdoors and rediscover their roots.”

Inspired by Beat The Street? Apply for funding to support your own community. Search for funding