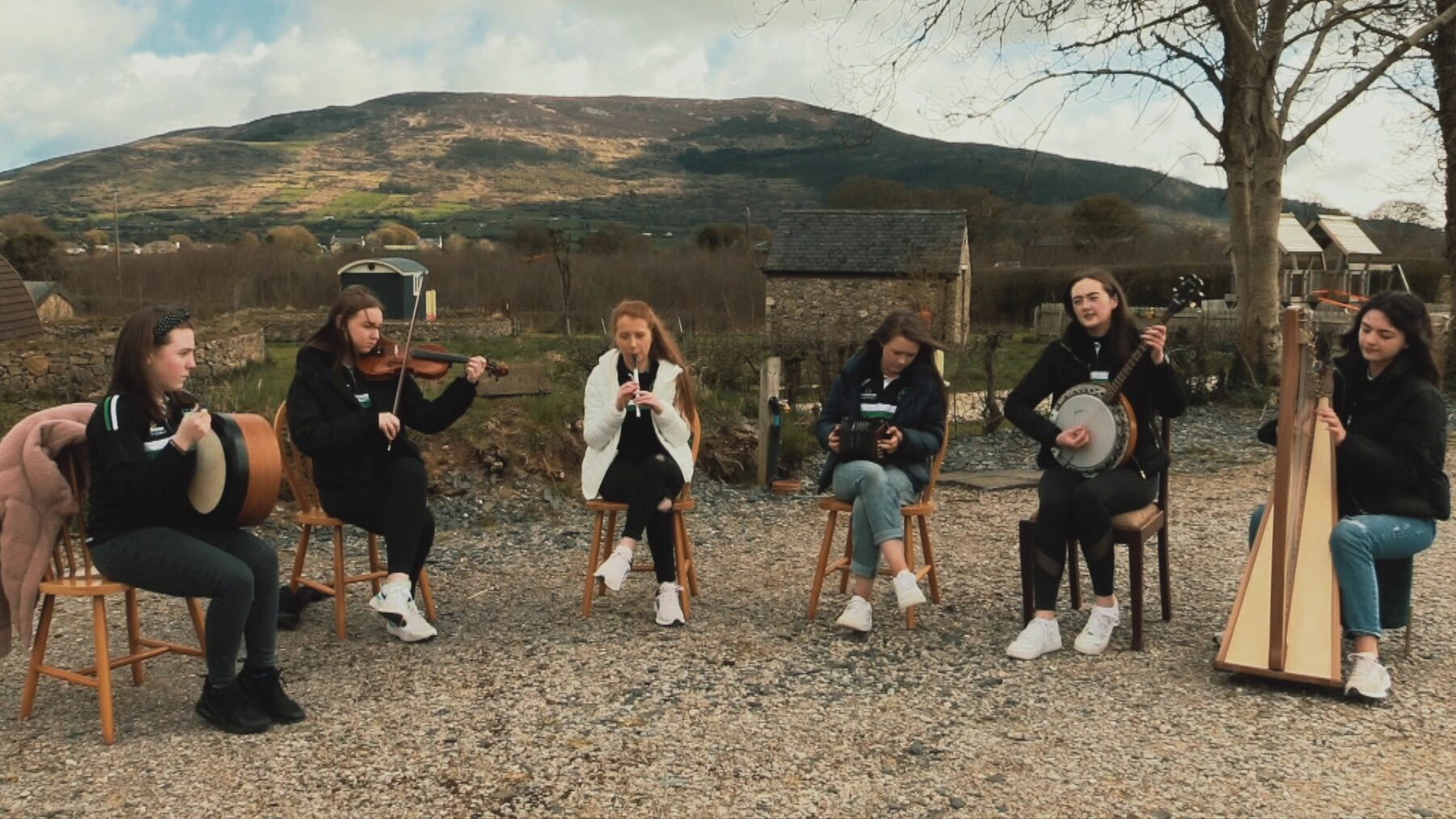 Beyond Skin is an inter-cultural arts charity which uses music/arts to overcome issues of race and sectarianism and build peace in countries affected by conflict.

Founded on the belief that music and the arts bring people and communities closer together, Beyond Skin design and organise creative projects that promote interaction between different cultures. They first began a musical partnership with the Afghanistan National Institute of Music in 2017, but it was in 2020 that they took on their most ambitious project yet.

The group launched an unprecedented collaboration between young artists from Northern Ireland, (which included musicians from the Traditional Arts Partnership) and members of the Afghan Women’s Orchestra in Kabul which saw them collaborate over 6 months to create two music videos and jointly participate in virtual events and festivals. For the 2nd video the girls in Northern Ireland made a decision to write lyrics and sing on the collaboration in response to Afghanistan Ministry of Education decision to ban girls singing in public. A decision made only two days after 2021 International Women’s Day. The music video complimenting the #IAmMy Song campaign helped the ban to be overturned.

The collaboration merged traditional Afghan classical music with a Celtic twist.The logistics behind a project of this kind were huge and professional producers and support team worked closely with the musicians to overcome the challenges raised by the Covid-19 pandemic and security challenges in Afghanistan. The project was also part of the global youth4peace movement recognising young people as agents of change.The ongoing security situation in Afghanistan is perilous and the return of the Taliban back to power is extremely concerning.

Inspired by Beyond Skin? Apply for funding to support your own community. Search for funding