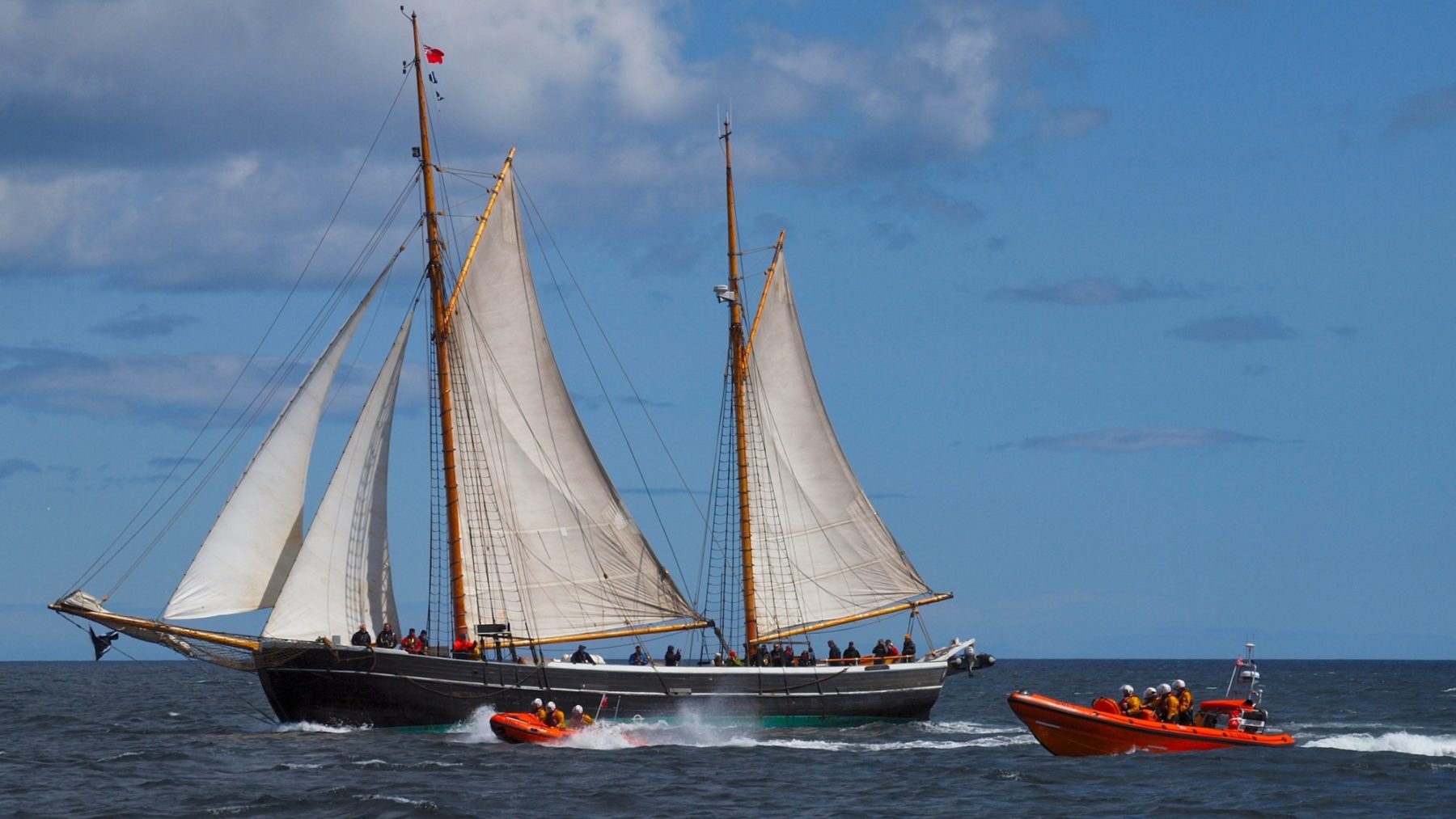 Almost 200 years ago, Antarctica was discovered by a ship from Blyth, Northumberland, called the Williams. Now, with the help of National Lottery funding, the Blyth Tall Ship project aims to celebrate that anniversary in 2019 by both remembering the past and looking to the future, combining heritage, adventure and active learning.

The Blyth Tall Ship project is an ambitious commemoration of the discovery of Antarctica through an apprenticeship scheme, leading to an expedition at sea in 2019. With a year still to go, the project is seeing exciting results.

A refit of a working tall ship as the Williams II, ready for an expedition involving 200 local people, is almost complete. The team is recruiting 120 inexperienced and 80 experienced sailors to take part in a number of legs around the UK from March to June 2019, arriving back in Blyth for a regatta. It is hoped that they will then be able to repeat the original voyage to Antarctica, setting out in August 2019 with four legs over 10 months.

The final element of the project will be the further development of their museum and visitor attraction on Blyth quayside.

Chief Executive, Clive Gray, says: "The project has captured the hearts and minds of a coastal community that is measured in the worst five per cent of deprived areas in England and suffering from fourth generation unemployment after the closure of mining and ship building.

"It has enabled that community, through volunteering and supporting the aims of Blyth Tall Ship, to help their young people out of poverty through heritage skills learning, benchmarked with modern engineering qualifications.

"Many of our young people have been disadvantaged through personal circumstances, learning disabilities or their experience of the education system, but are now working in good jobs or have been given the confidence to go into further education."

Inspired by Blyth Tall Ship? Apply for funding to support your own community. Search for funding