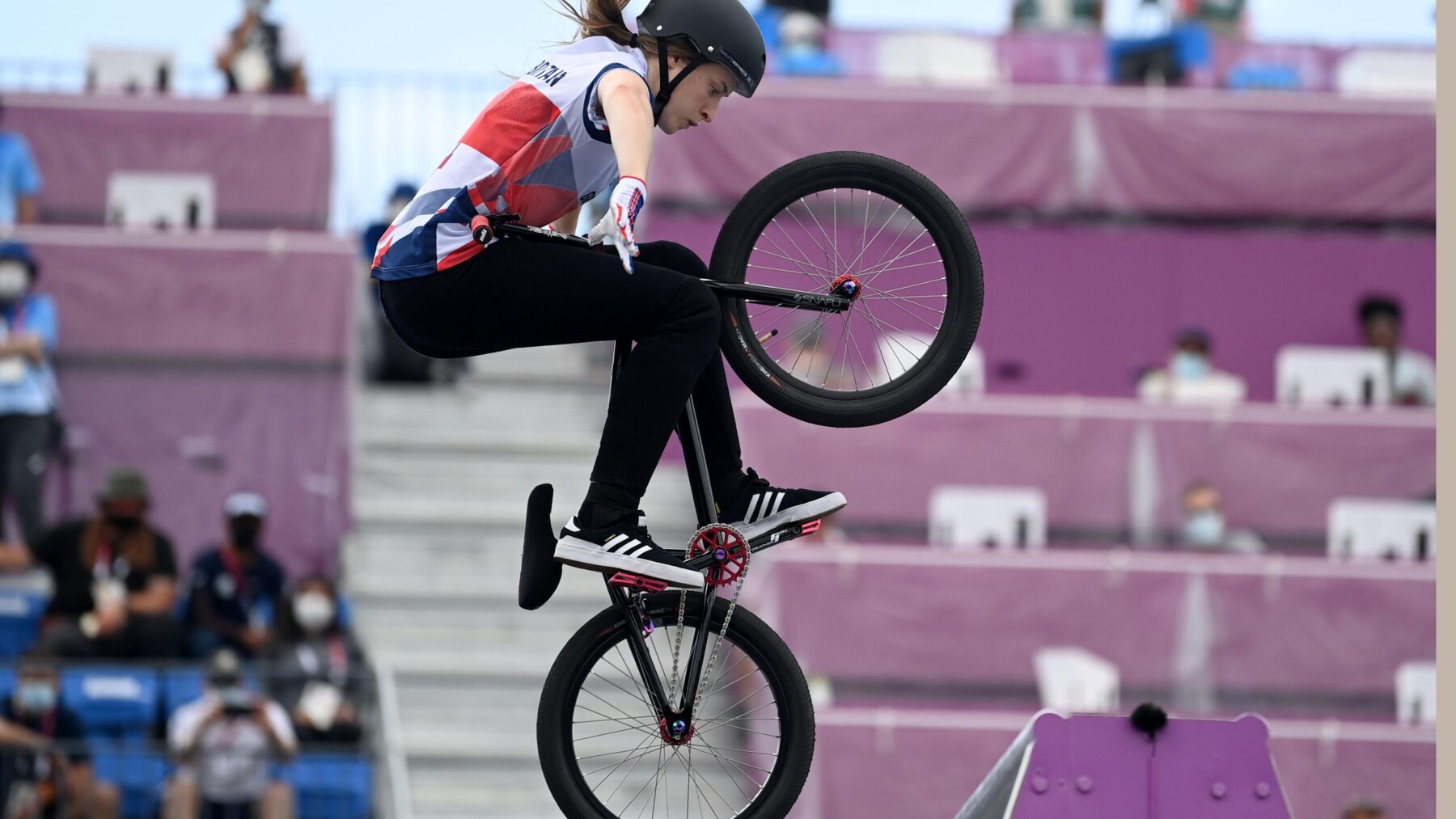 Five years ago Charlotte Worthington was rolling burritos, now she's wrapped up one of the most remarkable moments in BMX history.

The 360 backflip had been the holy grail in the women's freestyle division, having never been landed in a competition before. Just 30 minutes after hitting the deck with her first attempt at the Tokyo 2020 Olympics, Team GB's Charlotte nailed it with her second try.

Charlotte has gone from working in a restaurant to Olympic glory. Using all her free time and holidays to attend contests and train. When BMX was adopted by the Olympics, Charlotte got support from British Cycling and from then on her attitude to training and riding changed. After only discovering the sport in her teens, the past few years have seen Charlotte get some incredible results.

Now, she is an Olympic champion who has made history by pushing the limits and becoming the first woman to land the 360 backflip.

Inspired by Charlotte Worthington? Apply for funding to support your own community. Search for funding