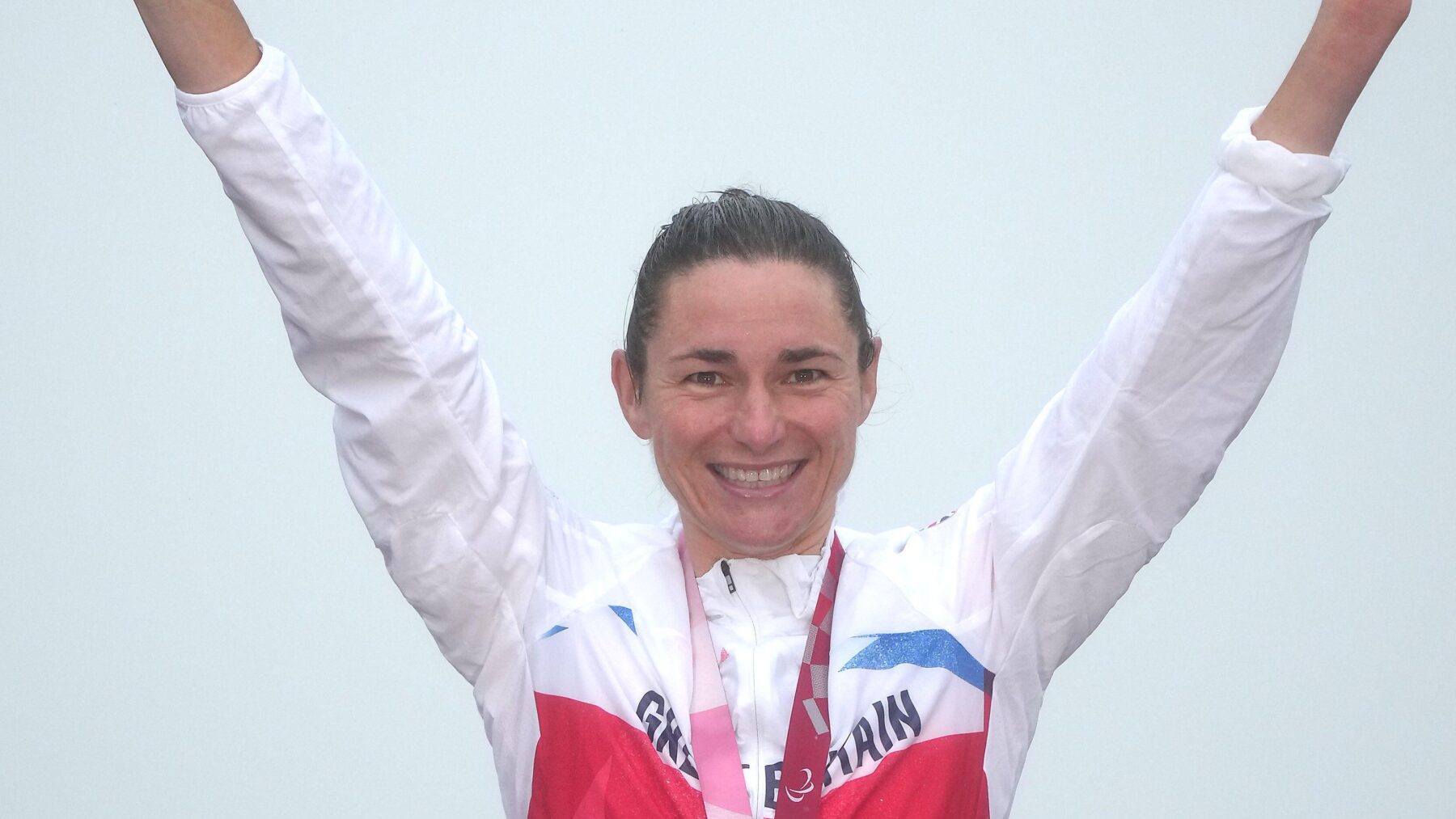 Dame Sarah Storey’s three gold medals in Tokyo make her Team GB’s most successful Paralympian of all-time with a remarkable haul of 17 golds among her 28 medals.

She began her Paralympic career as a swimmer, competing in four games: Barcelona 1992, Atlanta 1996, Sydney 2000 and Athens 2004, picking up a combined total of five gold, eight silver and three bronze medals.

Following Athens, Sarah decided to make the switch to para-cycling and has enjoyed incredible success as she not only dominated para-cycling events but has also enjoyed significant success in non-disabled events.

Between Beijing and London Sarah truly established herself as the best para-cyclist in the world winning an astonishing 12 world titles across the road and the track.

At the London 2012 Paralympic Games, Sarah excelled in both track and road events, winning four gold medals She won ParalympicsGB’s first gold medal at London 2012 with victory in the C5.

After London, Sarah missed the 2013 season and gave birth to her first daughter, Louisa. She returned to international competition in 2014 and added 12 World Championship medals to her collection in the run-up to Rio 2016.

Not surprisingly, given her record at major events, she maintained that form at the Rio 2016 Paralympic Games where her three gold medals made her the most successful British female Paralympian of all time

Sarah had time away from the bike following Rio - with her family expanding with the birth of her son Charlie in October 2017.

Inspired by Dame Sarah Storey? Apply for funding to support your own community. Search for funding