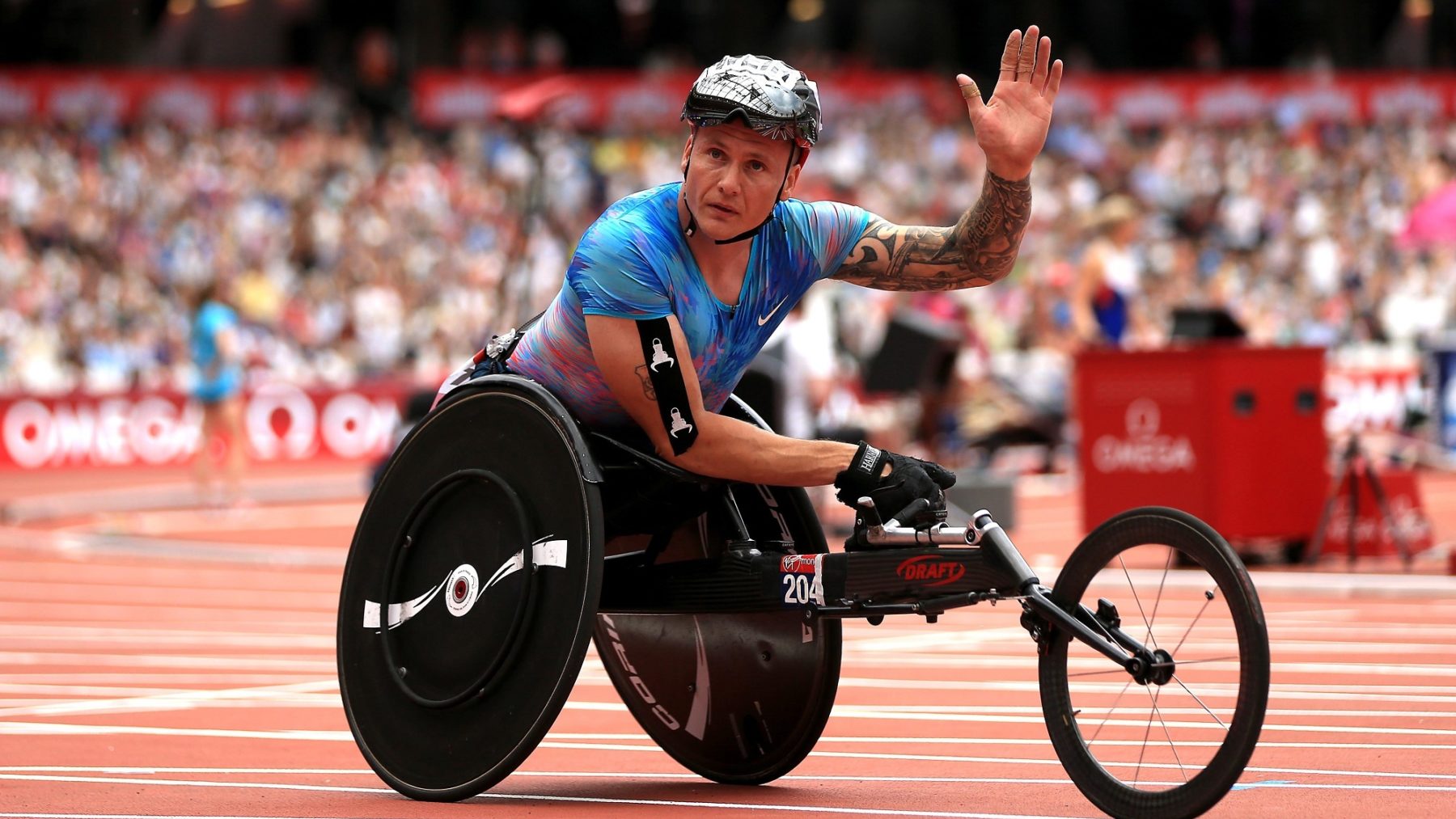 David Weir is a multi-medal winning wheelchair athlete. In 2006 he took four medals in the IPC Athletics World Championships, and three in the 2011 games. At the London 2012 Summer Paralympics, Weir won four gold medals: three at the Olympic Stadium and one in the marathon.

The Evening Standard reported that ‘Paralympics superstar David Weir today became the greatest wheelchair racer of all time after winning the marathon – and his fourth gold in a stunning Games.’

2019 saw him compete in his twentieth consecutive London marathon. He has won the marathon an incredible eight times.

Born with a spinal cord transection that left him unable to use his legs, he has been a talented wheelchair athlete since childhood.

David is one of several athletes in the Sporting legend category that still competes. He is now back in training, and working towards Tokyo 2020.

Inspired by David Weir? Apply for funding to support your own community. Search for funding