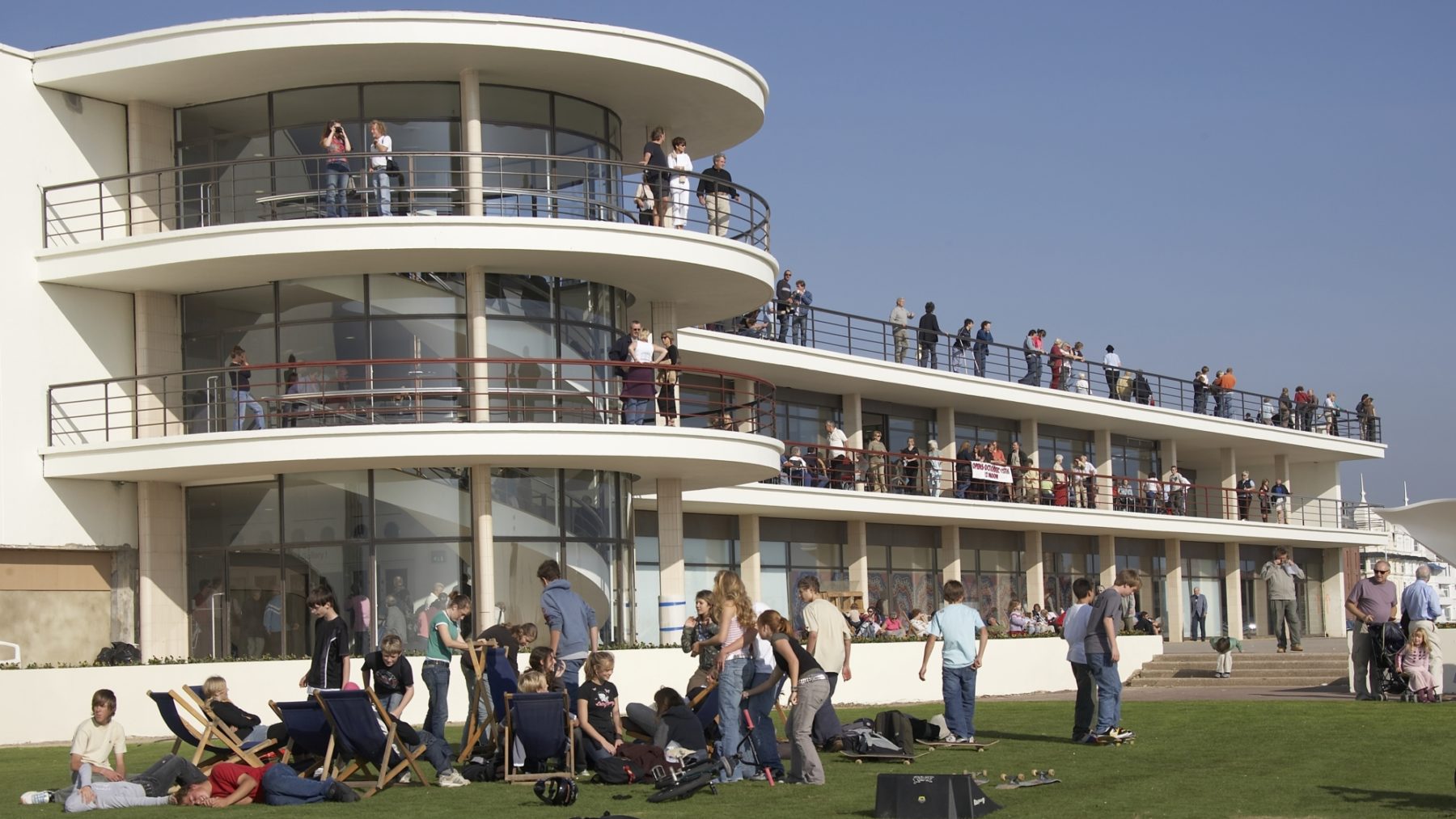 Sitting stylishly on the seafront of Bexhill-on-Sea, East Sussex, is the distinctive outline of this Modernist venue, designed as an iconic centre for art, culture and recreation.

Named for the 9th Earl De La Warr, who conceived and drove the programme to get the building opened, the De La Warr Pavilion’s striking design reflects the Modernist ethos of the 1930s era.

Architects Erich Mendelsohn and Serge Chermayeff won the design competition to build the earl’s vision for a people’s palace - destined to be a seaside pavilion to provide culture and entertainment for the masses - with a brief to incorporate the new style of architecture that was sweeping Europe. The finished building was opened in 1935 after a nine-month, £80,000 project, and almost immediately provoked curiosity and controversy in equal measure.

Up until the outbreak of the Second World War in 1939, the building held concerts, exhibitions, events and lectures in the 1,000-seat auditorium, with food, music and games in the café and on the roof.

From the time it reopened in 1945, bomb damaged, patched up and not really fit for purpose, the Pavilion struggled to keep pace with changing demands and trends. This, combined with a lack of funds for maintenance and repair, saw it fall into neglect as the years passed.

It wasn’t until the Millennium dawned that a major restoration and redevelopment plan, funded by the National Lottery, was secured and the Pavilion once again became a centre for art, architecture and performance.

In the following years, right up until the present day, the National Lottery has been at the centre of plans to regenerate this important and stylish landmark, helping with major capital refurbishment in 2005 and a smaller upgrade in 2015, among others.

This means that more than 80 years after opening its door, it continues to be a popular south coast destination for live music, art education, exhibitions and entertainment.

To find out more information about the De La Warr Pavilion visit the website:
https://www.dlwp.com/

Inspired by De La Warr Pavillion? Apply for funding to support your own community. Search for funding