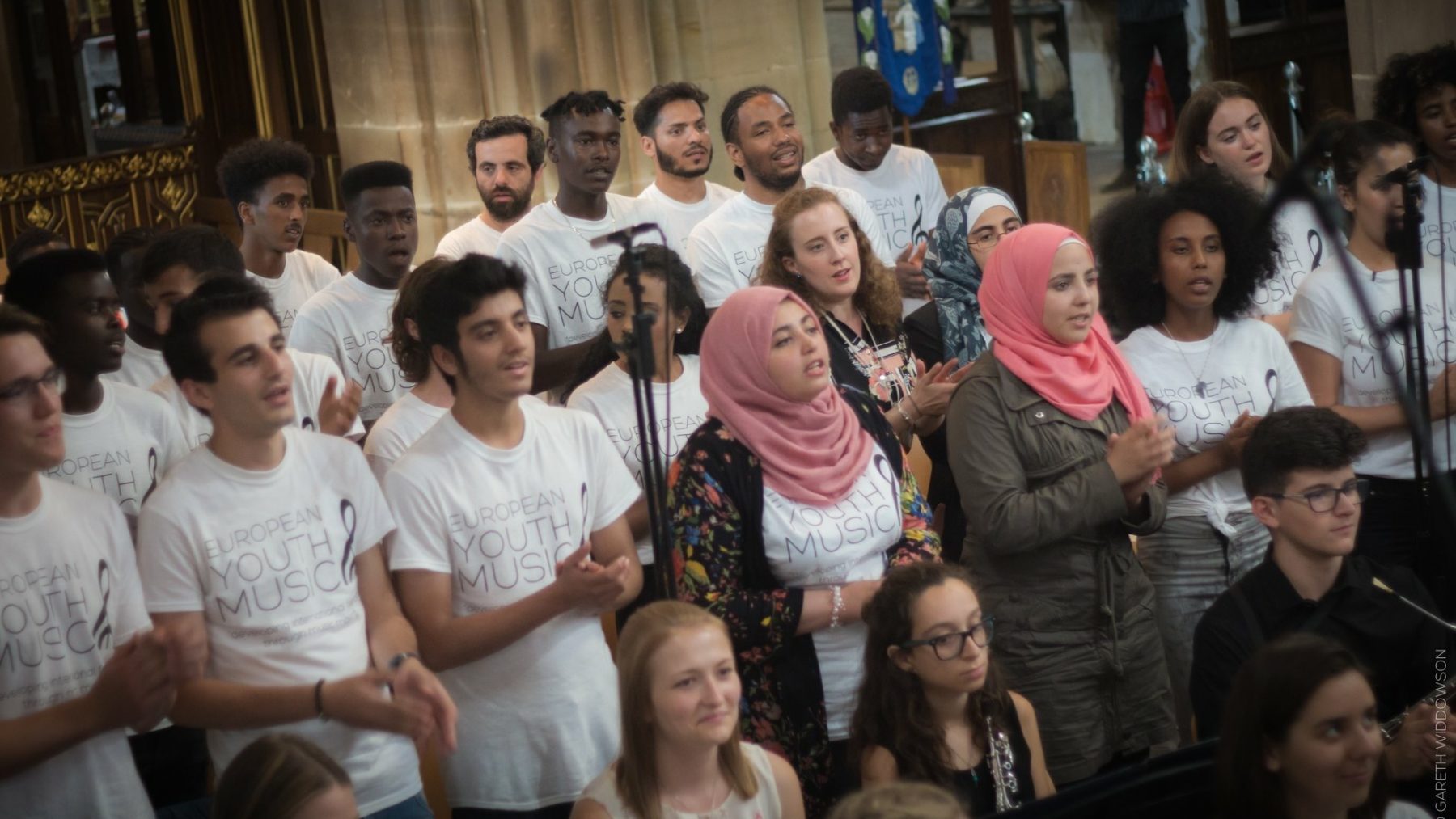 European Youth Music Week evolved from a post-WW2 initiative to rebuild friendship links between Britain and Germany through high quality music-making for young people. It offers an annual week-long residential music-making course for around 60 young people from around 16 countries across Europe, and beyond, alternating annually between British and German locations. The idea for creating a refugee-specific choir came about when a director of Young Orchestras at European Youth Music Week asked what more could be done to make refugees living in England feel more welcomed into the community. It reaches young people and provides them with new experiences, chances to develop new skills and make new friends.

The choir rehearses in Bristol, Leicester and Birmingham regularly with plans to expand across the country. The choir comes together, as one, at least three times a year through a free residential course and performances. For 2019, the residential is in Arnhem, the Netherlands, and the performance will be at Bristol’s Refugee Week, in June. “The project is going from strength to strength,” says Sarah Horsall, Director of Marketing and Fundraising, European Youth Music. “We have formed a partnership with Bristol Plays Music, to expand our Bristol choir, and have been invited to take part in KHArnival in Birmingham, organised by Kings Heath Action for Refugees. Our German counterparts were so impressed that they have replicated the choir for the residential course in Germany.”

Inspired by European Youth Music Refugee Choir? Apply for funding to support your own community. Search for funding