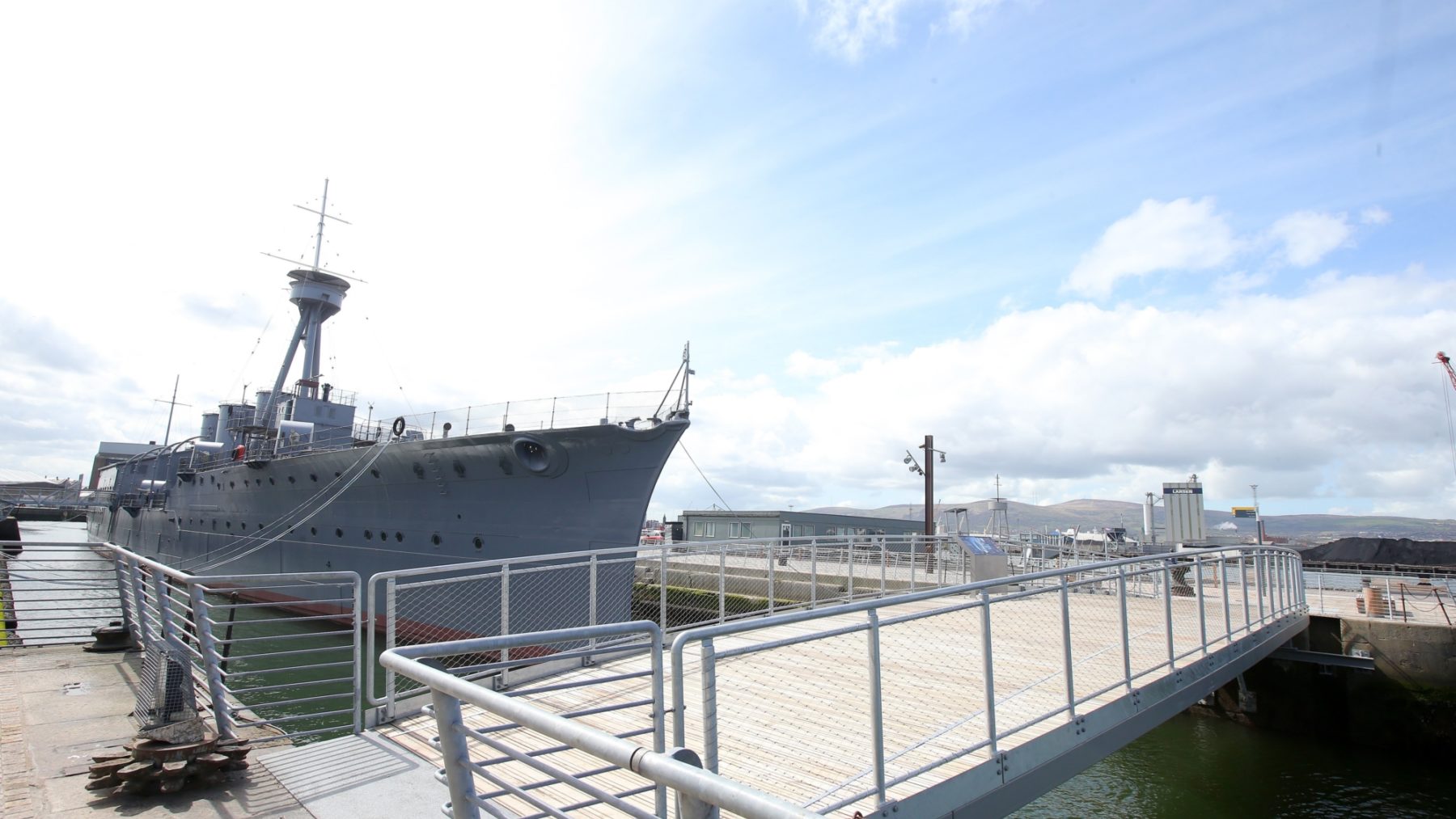 HMS Caroline is the lone survivor of the 250 ships of the British and German Fleets that fought at the Battle of Jutland in World War I.

National Lottery funding has helped support a major conservation programme which turned HMS Caroline into a landmark heritage visitor attraction and turned an industrial wasteland, Alexandra Dock in Belfast's Titanic Quarter into a superb space for visitors. HMS Caroline is now regarded as one of the world’s most advanced floating museums.

The former British navy vessel, which once had a 300-strong crew, was launched in 1914 and saw service at the Battle of Jutland during the First World War. The vessel also served as a depot ship for an anti-submarine force in the Second World War and as the floating headquarters of the Ulster Division of the Royal Naval Volunteer Reserve. Now one of the world’s most historically significant warships, the restoration and renewal was undertaken by owners, The National Museum of the Royal Navy (NMRN) and the Department of the Economy, following its decommissioning in 2011.

Onboard, the ship visitors can take an interactive tour and browse more than 450 original objects. Displays cover different periods in the vessel's history and document the role that the people of Northern Ireland played in the two World Wars. Restored areas of the ship include the Captain's quarters and engine room and visitors can watch the drama unfold in the Battle of Jutland experience, following the stories of crewmen who fought in one of history's most devastating naval battles.

Inspired by HMS Caroline? Apply for funding to support your own community. Search for funding