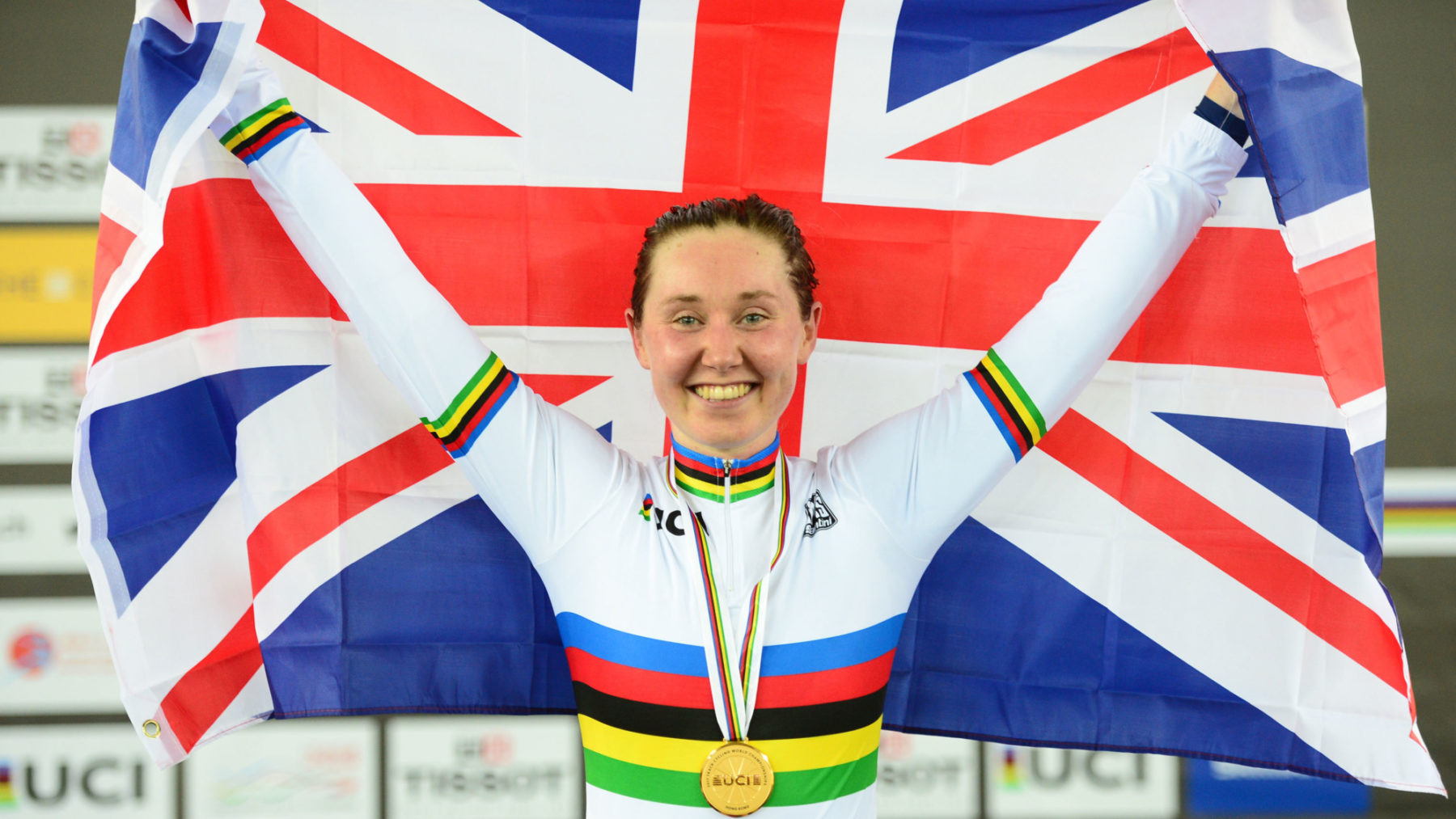 Katie is already a multiple World and European cycling champion, in both individual and team events. In 2018, Katie brought home three Commonwealth Games medals. Katie has inspired many people to race, as well as simply ride their bikes for pleasure.

Swimming’s loss was cycling’s gain as far as Katie Archibald is concerned. With the track rider having turned her back on the pool, switching to two wheels at the relatively mature age of 17, turning her considerable skills to the world of grass track racing. The Scottish-based rider converted to the velodrome at the age of 18 and such was her remarkable progress, that within a year she had claimed team pursuit gold medals in both the 2013 Union Cycliste Internationale (UCI) Track Cycling World Cup and the 2013 Union Européenne de Cyclisme (UEC) European Track Championships.

A serious injury late in 2015, ruled Katie out of the 2016 UCI Track Cycling World Championships in London although she returned in time to earn selection for the summer’s Olympic Games in Rio and became a 2016 Olympic champion in the team pursuit.

Katie clearly has a huge passion for cycling and has inspired many people to not only race but simply ride their bikes, whether it’s for pleasure or as a mode of transport. Katie really does optimise what can be achieved with hard work, motivation, commitment and the belief you can achieve anything if you set your mind to it.

Inspired by Katie Archibald? Apply for funding to support your own community. Search for funding