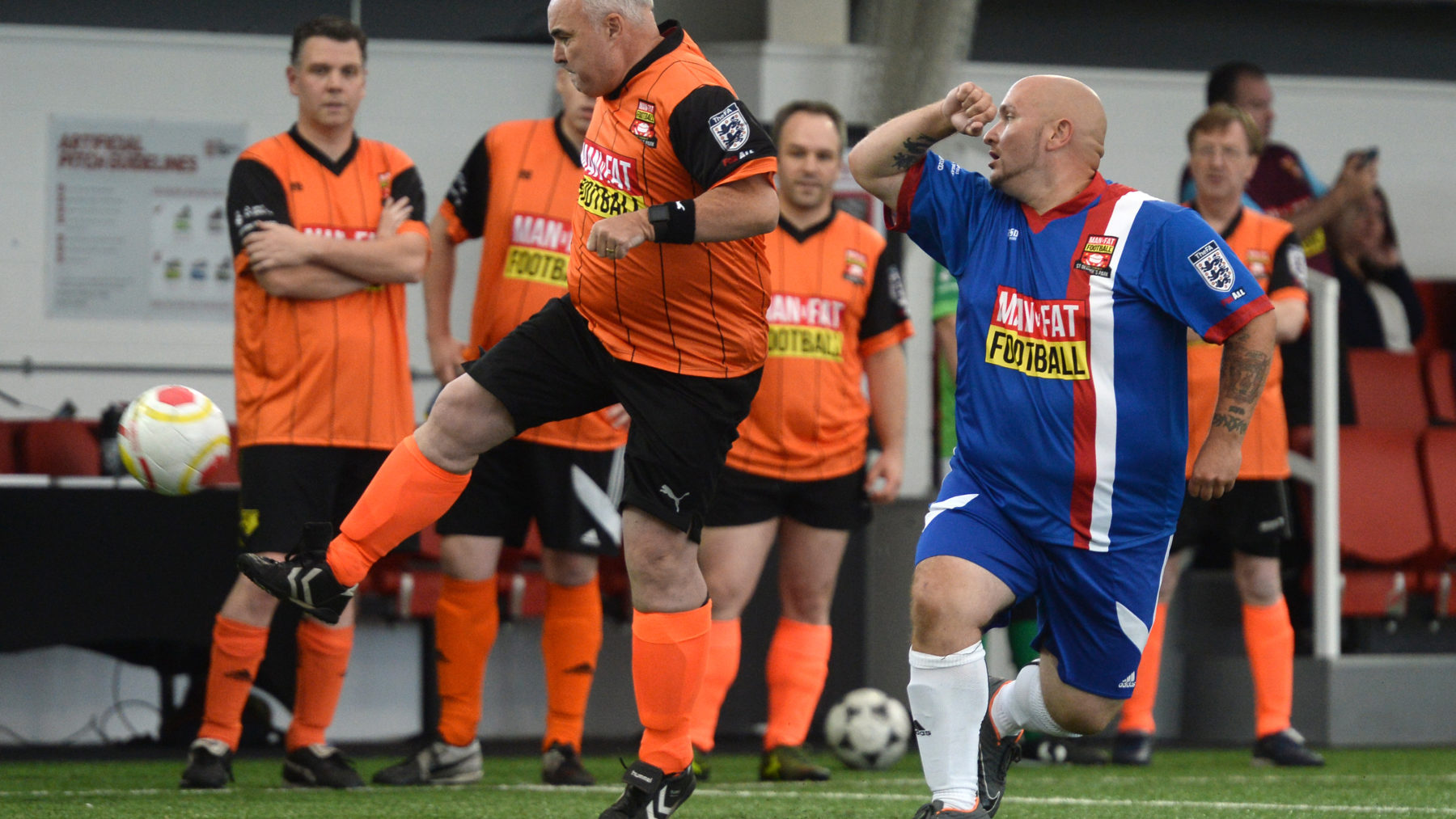 MAN v FAT Football is a football league for men who want to lose weight. Every player is in the same situation and wants the same thing: to enjoy football, lose weight and get healthier. Open only to men with a BMI of 27.5 or over, the league is uniquely decided not just on points won, but pounds lost. 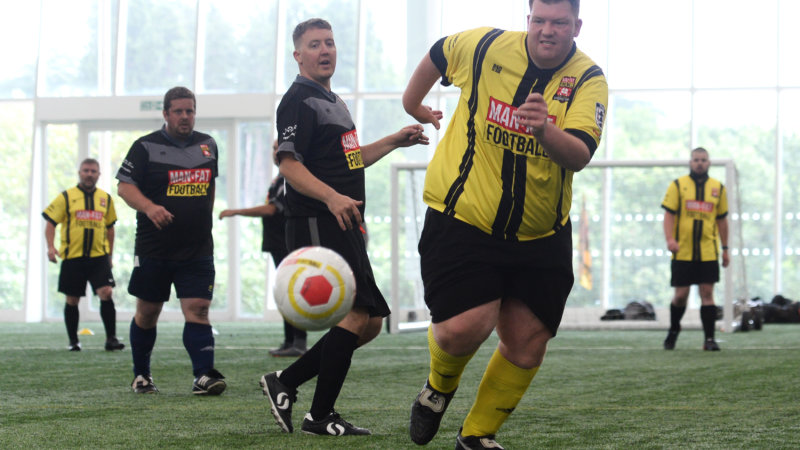 At MAN v FAT our mission is to support and champion any man worldwide who wants to win his battle against fat and get healthier.

24% of the UK’s male population are inactive and 68% are overweight or obese, at an estimated cost of nearly £1billion to the NHS every year. Created to combat this, MAN v FAT Football, is a national rolling series of 14-week football leagues for men who want to lose weight and get healthier, open only to men with a BMI of 27.5 or over. The aim is to encourage overweight men to get off the sofa and get some exercise in a shame-free environment where everyone else is in the same situation. Since 2017, 20 leagues in 16 new locations have been launched, thanks to Sport England funding.

“Men join because they love football and hate being fat,” says Head of MAN v FAT Football Richard Crick. “They see all the things that their weight is cheating them of: the ability to play with their children, how much their body hurts with aching joints, snoring and wheezing every time they climb the stairs, never finding any clothes that fit... the list goes on. All of them join with the motivation to lose weight and do so in a way that is truly enjoyable and inspiring.”

Uniquely, the league is decided not just on points won, but pounds lost. It gives support to every player with resources, inspiration and 24/7 support to help men lose weight, get fitter and enjoy the game. “As part of the Sport England funding we’ve been delighted to offer nearly 1,500 men a free opportunity to join leagues across the UK, often in some of the most challenging communities,” says Richard.

In our National Lottery Funded leagues, our players lost a total of 13,289 lbs which included 91% of completers losing weight. Players on the leagues recorded a total of 379,000 active minutes and 76% of leagues have continued post funding. The biggest weight loss was by Ryan who attended the Hartlepool league and lost an amazing 78 lbs.

Inspired by MAN V FAT? Apply for funding to support your own community. Search for funding