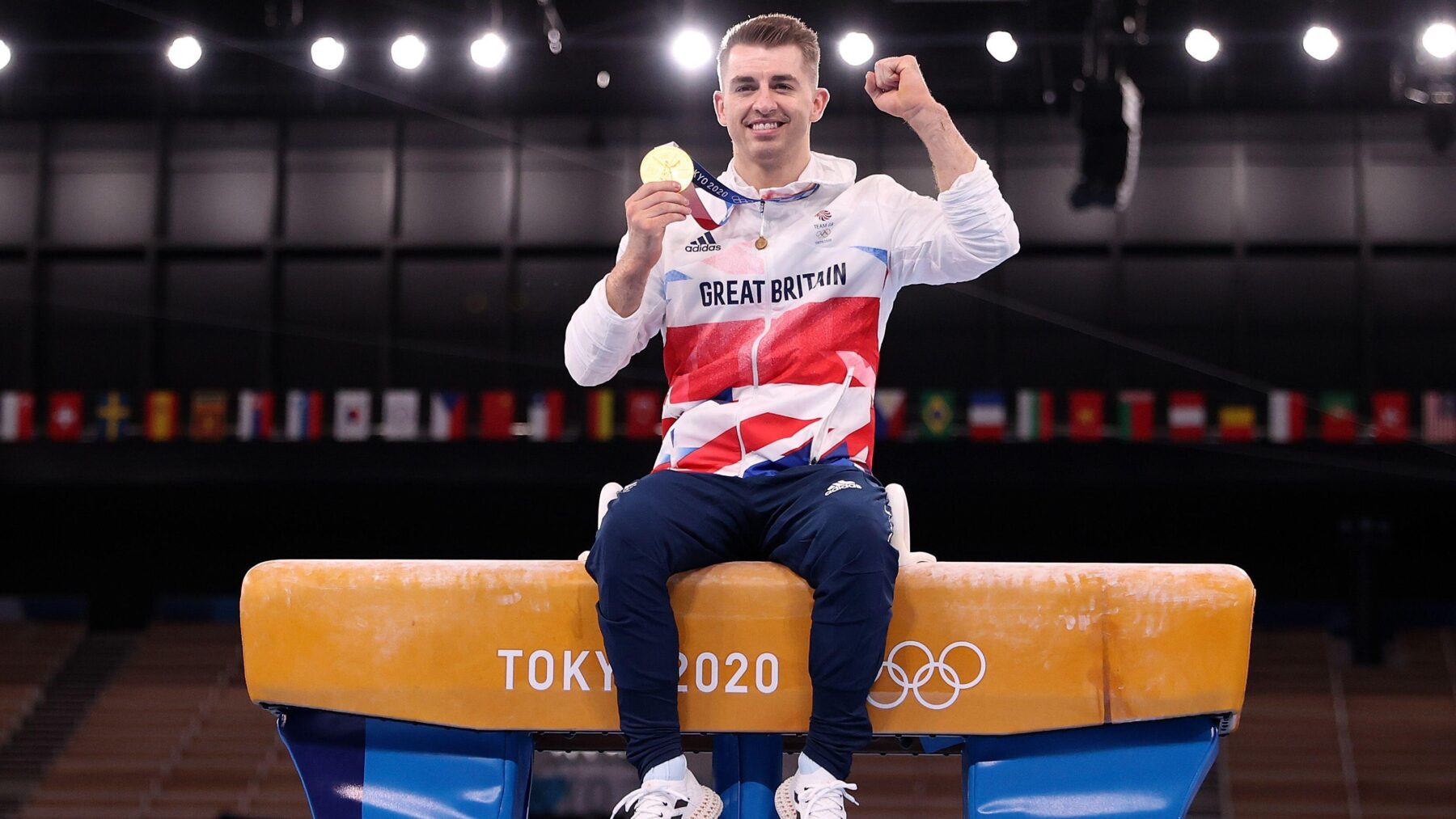 By winning his third Olympic gold medal and sixth overall, Max is the first man in more than 30 years to retain a pommel horse title at the Games. He has now won the pommel horse gold at the past five world championships and Olympic Games. He is regarded as our greatest ever gymnast.

Already Team GB’s most successful Olympic gymnast ahead of his arrival in the Japanese capital, with two gold and three bronze medals to his name, the 28-year-old also went on to claim a fourth-place finish in the all-around team event.

His third Olympic Games marked his first as a father – with two-year-old Willow cheering him on to success from home. The Hertfordshire gymnast made history at the Rio 2016 Olympic Games when he won Great Britain’s first medal in the all-around event for 108 years, before becoming the first British gold medallist in artistic gymnastics with victory in the floor and pommel horse events.

Max’s first Games also brought podium success, with bronze in the men's pommel horse and as part of the men's team category at London 2012. He broke through at the 2010 Commonwealth Games in Delhi and made his World Championship debut the following year, travelling as a reserve. Three years later he became the first Brit to win gold at a World Championships with victory in the pommel horse, while he also won floor and team silver.

His prodigious form continued into 2018 with Commonwealth gold in the team event, with silver also following in the European Championships in Glasgow. In 2019, he again won European gold and his third world championship pommel horse gold.

Inspired by Max Whitlock? Apply for funding to support your own community. Search for funding