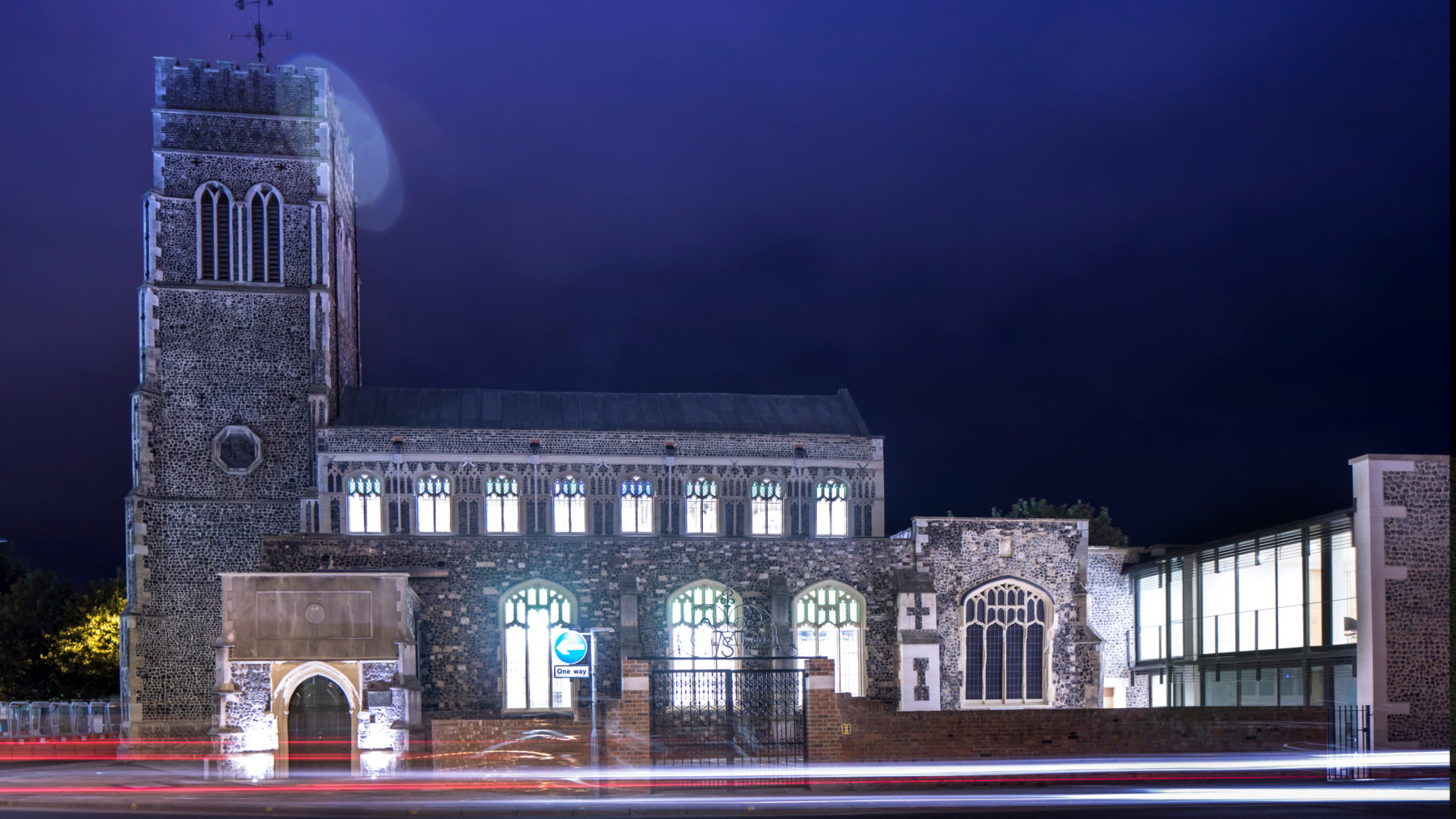 Quay Place is a wellbeing and heritage centre which has made use of a once-abandoned 15th Century church in Ipswich and transformed it into a multi-use community centre.

St Mary at the Quay Church, a 15th century church on the waterfront in Ipswich, reopened in November 2016 after a massive seven-year renovation project, which was an unusual partnership between the Churches Conservation Trust and Suffolk Mind. It is now a multipurpose community centre with a wellbeing and heritage theme and has been renamed Quay Place. The motto of the venue is 'come as you are, leave better'.

Quay Place offers a range of services, from beautiful spaces for business meetings and private workshops, to yoga sessions and film nights, plus a cafe. It is also a therapy centre, with local therapists offering counselling, pilates, massage and more, and there are group activities such as colouring clubs and singing groups.

The church lost most of its congregation in the early 20th century as people moved out of the city centre. In 1943 it was damaged by a bomb and was not regularly used as a church after that. The renovation has been done sympathetically but with modern touches.

Quay Place is a nationally and internationally important example of how historic urban churches can be brought back to life, adapted to a high standard and saved for the benefit of communities. It will also demonstrate what many have long believed - that a well-cared-for historic environment is good for you."

Inspired by Quay Place? Apply for funding to support your own community. Search for funding