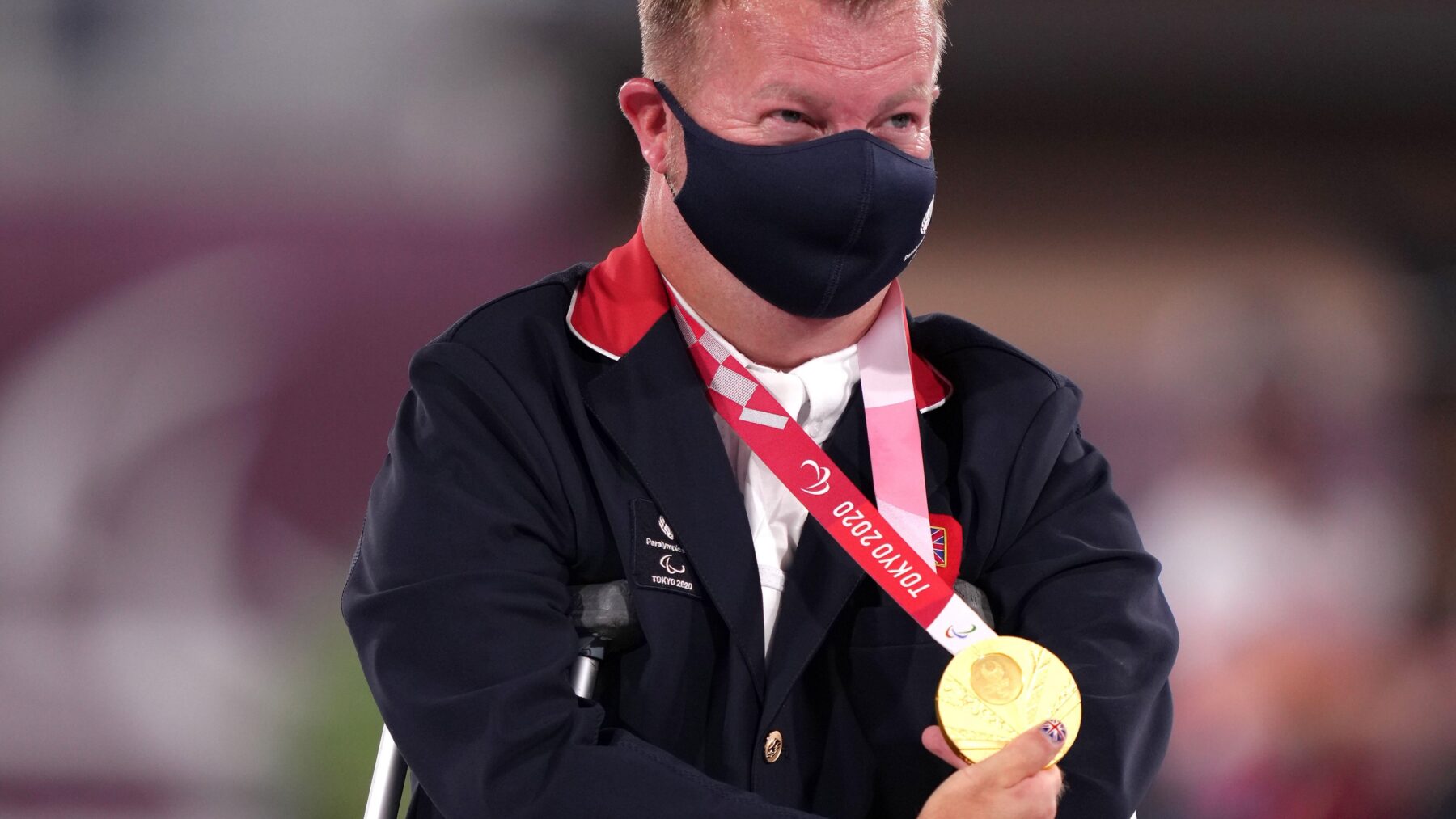 Sir Lee Pearson is one of the most successful Paralympians from Great Britain in third place behind Dame Sarah Storey and Mike Kenny in the all-time medals list. His three golds in Tokyo take his tally to 14 in total.

After discovering para dressage while watching the 1996 Atlanta Paralympics on TV, Lee started riding and has gone on to win team gold at every Paralympic Games he has competed at. He took the triple title (team, individual and freestyle) at the 2000 Sydney Paralympics, 2004 Athens Paralympics and 2008 Beijing Paralympics, setting an equestrian world record by being unbeaten at three consecutive Paralympic Games.

In 2003, he became the first disabled person to have won a title at the British Dressage National Championships while competing against non-disabled riders when he took the 2003 elementary restricted title.

Competing at the London 2012 Paralympic Games, Lee came away with three medals. At Rio 2016, Lee’s career achievements were recognised when he was chosen to be the ParalympicsGB flagbearer for the Opening Ceremony, leading the team into the Maracana at his fifth Games.

He received a CBE in 2009 and then in 2016, he was made a Sir, receiving a knighthood in the New Year Honours List for services to equestrianism and disability sport.

The 47-year-old Paralympian dedicated his Tokyo triumph to his horse Breezer, whom he nurtured on his own from birth. Pearson got emotional after his last horse Gentleman whom he rode in Beijing and London died in June 2021.

Sir Lee also is no longer limited to parenting horses. Earlier last year, he took on the additional responsibility of becoming a single parent to a 15-year-old foster son. In addition, Sir Lee is a champion of LGBTQ+ rights and is regarded as GB’s first openly gay Paralympic champion.

Inspired by Sir Lee Pearson? Apply for funding to support your own community. Search for funding