With just two years to go until Coventry becomes the UK City of Culture in 2021, Call the Midwife star, Helen George, paid a visit to the Herbert Gallery to celebrate the £5.2 million in National Lottery funding that will be invested in the city.

Further funding discussions are at an advanced stage with other National Lottery distributors, including The National Lottery Heritage Fund who supported Hull as City of Culture with a grant of £3 million.

Speaking alongside Helen was Laura McMillan, Director of Operations and Legacy at the Coventry City of Culture Trust, along with local arts performers- young dancers from Godiva Academy of Performing Arts (GAPA) and classical Indian dancer Lakshmi Srinivasan, who showcased short performances at the event.

This year marks the 25th Birthday of the National Lottery. Over the past quarter of a century, the lives of ordinary people have been transformed in Coventry, thanks to the £150 million in National Lottery funding invested in arts, heritage, community and sports projects in the city.

Following the funding announcement for Coventry, Helen had exciting news for the city- a call for local projects to enter the 25th Birthday National Lottery Awards; the search for the UK’s favourite ever National Lottery-funded projects.

“As a Midlander, I’m thrilled to celebrate the National Lottery funding that will be invested into Coventry City of Culture 2021. I have many happy memories of Coventry, and I’m excited for the future of the city.


“National Lottery players should feel proud of the life-changing difference buying tickets has made to Coventry; from the refurbishment of the Herbert Gallery where we are today, to upcoming events such as UK City of Culture 2021. From Monday, the National Lottery is calling on any of good causes who have ever received funding to enter the 25th Birthday National Lottery Awards.”

“Being UK City of Culture in 2021 allows the city to take centre stage and show the world all that Coventry has to offer. We are delighted that National Lottery funding will be invested in the cultural programme.

“The funding not only allows us to create an incredible year, it also ensures we are a force for change in the city and leave a lasting positive legacy.”

You can enter your favourite project in this year’s National Lottery Awards from 11 March onwards. Tweet @LottoGoodCauses with your suggestions or complete an entry form through our website www.lotterygoodcauses.org.uk/awards. Entries must be received by midnight on 30 April 2019.

To thank National Lottery players for the massive difference funding has made – and continues to make – to lives of people across the UK, The National Lottery is working on a range of plans in the run-up to the 25th Birthday in November. Further details will be announced in due course.


Nicola Bligh at the National Lottery Promotions Unit on 0207 211 3991 or email Nicola.Bligh@lotterygoodcauses.org.uk 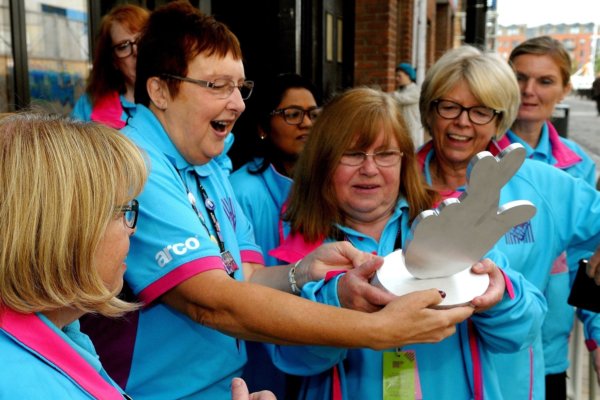