BBC presenter and Mastermind host Clive Myrie has honoured an inspirational Sheffield hero with a National Lottery Award in recognition of his incredible work in his community. The journalist presented Maxwell Apaladaga Ayamba, 56, with his prize today after it was announced he had won the Heritage category in the 2021 National Lottery Awards.

More than 1,500 nominations were received in this year’s campaign and a judging panel selected Maxwell as a winner for his incredible work promoting access to the natural environment among Black, Asian and minority ethnic people and refugees (BAMER).

Growing up in rural Ghana, Maxwell learned to think of nature as a vital web of life which humans and all other animals are part of.

But after moving to Cardiff in 1996 and Sheffield in 1999 to study, he found that the UK’s people of colour were often shut out from enjoying nature’s many benefits due to complex social barriers.

So, to correct this imbalance, Maxwell set up his first countryside access project in 2004 with two Afro-Caribbean friends: 100 Black Men Walk for Health. 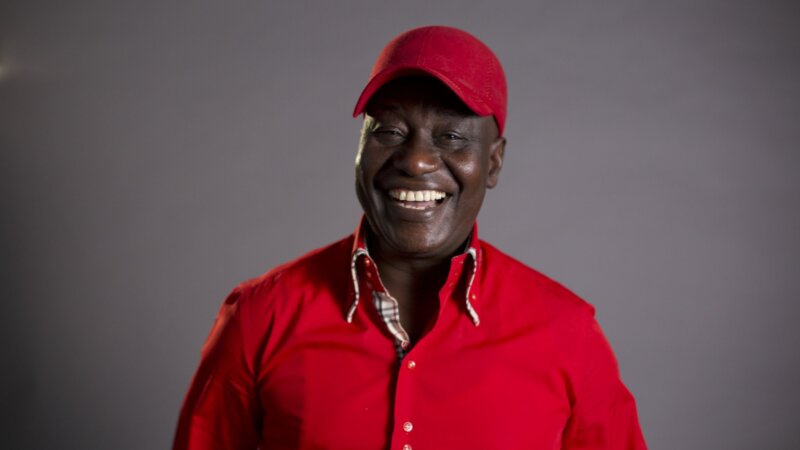 In 2016, Maxwell also founded the charity Sheffield Environmental Movement, which promotes access to the natural environment to boost the health and wellbeing of the BAMER community.

Through this incredible work, Maxwell has connected hundreds of people from the BAMER community with the outdoors with what he calls his “Natural Health Service.”

Maxwell will receive a £3,000 cash prize for his organisation, along with an iconic National Lottery Awards trophy.

Maxwell Ayamba said: “I'm delighted to have won this National Lottery Award and to receive this recognition.

“Winning this award will continue to motivate me to keep doing what I'm doing to support people from minority communities across Sheffield, which in turn, I hope, will inspire more black people to participate in the environmental sector.

“I want to dedicate the award to all the groups and individuals I have worked with and will continue to work with.”

Clive Myrie added: “Maxwell is an outstanding example of a community champion and he’s done some incredible things for people in Sheffield, having organised everything from guided walks to horse riding classes.

“Connecting with the outdoors is so important for our health and wellbeing, so it’s great to be supporting such a worthwhile cause.”

Thanks to National Lottery players, more than £30 million goes to good causes across the UK every week, which in turn helps people like Maxwell continue to carry out incredible work in their communities.