Theatre Is A Mirror To Society

At a time when theatre is in peril, Moji Elofowoju believes attracting more diverse audiences will help secure its future.

The lack of representation is a key element in the work of the artistic director of Sheffield-based Utopia Theatre, which she founded in 2012.

Growing up in Nigeria, Moji was initially discouraged from studying for the stage and came to the craft as a mature student. Now working with artists within Sheffield and nationally, Utopia Theatre commissions writers and produces plays focused on telling the stories of Africans in the diaspora, dispelling stereotypes and giving visibility to often overlooked narratives.

“We all know the power of theatre,” states Moji. “It holds a mirror to society and allows people to see each other in a different light. The history of this country influences the history of Africa, in any case, so when you are telling the stories of Africans in the diaspora you are telling the stories of the UK. Our work is essentially a fusion of western theatre practices with traditional African storytelling.”

Online sessions via the creative hub were free to join and saw hundreds of people from countries as varied as Korea to Russia logging on. The theatre platform is one of many deserving causes supported by National Lottery players who raise £30 million each week, and due to the financial support, the digital service will now be able to continue for the next six months.

“This might be one of our greatest achievements,” reflects Moji. “What we have achieved over lockdown in bringing people together and having conversations around what is happening in the industry in terms of representation and diversity is special. The opportunity to engage people and connect to other artists has been such a lifesaver for me personally, and the people we have helped mentor. We wouldn’t have been able to do any of this without The National Lottery and it’s allowed us to make an immense impact in people’s lives when they have been going through an incredibly difficult time. When you are recognised for your work, it just drives you to do more.” 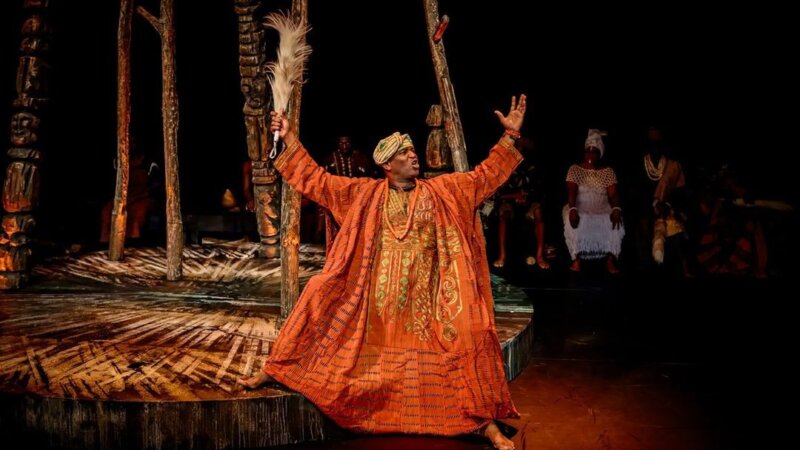