"V&A Dundee has been a catalyst, it has changed lives for the better and shone a spotlight on all that is good about the city"

A young Dundonian has told of her civic pride and the impact V&A Dundee has had in providing more opportunities for creative talent to stay and thrive in their home city.

Supported by The National Lottery, V&A Dundee – Scotland’s first design museum – opened in September 2018, attracting more than 100,000 visitors in the first three weeks alone. As the only other V&A museum anywhere in the world outside London, V&A Dundee presents the brilliance of Scottish creativity and the best of design from around the world, providing a place of inspiration, discovery and learning through its mission to enrich lives through design.

As well as attracting international visitors, the museum has made a strong local impact as well, including the opportunities it has provided for young people in the city like Ailsa Purdie.

Ailsa, 23, was brought up in Dundee and initially became involved with V&A Dundee as a member of its Young People’s Collective, which gave young people a voice by offering ideas and getting them involved in designing the opening 3D Festival and creating events for the museum. Ailsa embraced it and when the job of Membership Coordinator arose, she applied and was successful – key, she says, to her being able to stay in Dundee.

Ailsa said: “V&A Dundee being here has created a lot of opportunities for young people like me. Even the impact beyond the museum, it has all helped keep a lot of the creative talent and young people who would possibly have been going away otherwise. A lot of my friends I was at school or college or university with have actually stayed in Dundee now, whereas before they would maybe have left for another city. Having the museum here has created this place where people want to be and want to start their business and want to work which is fantastic to see.

“One of the big changes I see in Dundee is there is a lot of civic pride, people are really proud of their city. There were so many amazing things going on before V&A Dundee was here, but the museum has really just shone that spotlight on everything that was always going on here, brought it to the forefront and brought a lot more people into the city to see these things. V&A Dundee has been a catalyst. I’ve always loved my city and been proud to be here but it’s so great to see people from outside of Dundee also seeing that now and realising how amazing the city truly is.”

Among the many positive experiences Ailsa has enjoyed through volunteering and then employment, her favourite and most memorable moments have been her involvement both in the opening of V&A Dundee last September and then the official opening of the museum by the Duke and Duchess of Cambridge in January.

Ailsa explained: “The opening was such an exciting time for everybody, it was mind-blowing to see it all on such a large scale. Once it was all happening it was so emotional to see my city having the eyes of the world on it – just to witness that was a once-in-a-lifetime experience that I will cherish forever.

“I was then involved in the Royal visit representing the Young People’s Collective. The Duke and Duchess of Cambridge came to visit the museum during which they were really keen to meet the young people involved in the opening. So a few of us got to meet them both which was such an amazing experience, they were so interested in everything we’d been doing and asked lots of questions. It was a surreal experience but a wonderful one.”

Over £19 million of National Lottery funding was awarded to help V&A Dundee become a reality – and Ailsa says it has changed her life and the lives of many others.

She added: “V&A Dundee has changed my life in so many ways. It’s given me a chance to stay here and to do something amazing in my town. One of my neighbours I’ve grown up with and who is supportive of me, when I got the job she told me it is so amazing that Dundee is able to give me this opportunity and I think that sums it up. The experience and opportunity has changed my life in many ways and made me so happy and fulfilled in what I’m doing. I wake up every day and I’m so happy to go to work at V&A Dundee.”

It all starts with someone buying a National Lottery ticket, and the people who play have raised over £39 billion for good causes since 1994 – funding amazing arts, screen, creative industries, sport, heritage and community projects in every corner of the UK. 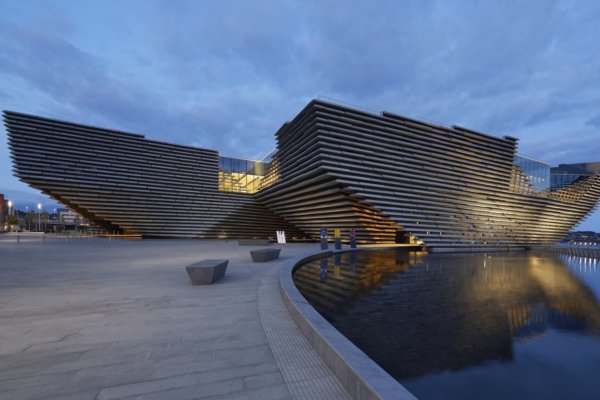 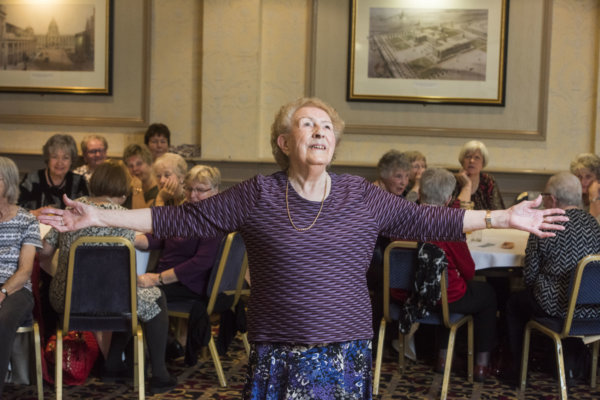 A jive and kicking: 92 Year Old Dundonian praises "extended family" for their support following the death of her cousin