The Bray-born TV presenter handed over an iconic awards trophy to the local charity after they won a public vote to land the prize in the annual search for the most popular National Lottery funded projects.

They are the second project from Northern Ireland to pick up a prize coming on the back of last week’s announcement that Ulster GAA’s Wheelchair Hurling programme won the Best Sports project category.

Laura met Kinship Care NI’s founder Jacqueline Williamson, staff and young people involved with the project during her visit which will be shown on BBC One in November as those behind the success are honoured at a glittering awards ceremony.

The organisation helps and supports children who cannot be cared for by their own parents to live safely and securely within their own families and communities.

Laura Whitmore said: “It has been a great honour and privilege to visit Kinship Care NI and share with them the news that the public has voted them their favourite National Lottery funded community and charity project.

“It was incredibly moving to listen to the stories of the young people involved with the organisation and the dedication of the Kinship Care NI team in ensuring those in their care get the best chances in life, is nothing short of inspiring.

“Players of the National Lottery can be so proud to have played a part in ensuring this project carries our so much vital and worthwhile work in its community.”

Jacqueline Williamson, chief executive of Kinship Care NI, added: “On behalf of everyone at Kinship Care NI, I would like to thank everyone who voted for us. We are absolutely thrilled to be named Best Community and Charity project in the 25th Birthday National Lottery Awards.

“To be recognised for the work we do for young people in Northern Ireland means an awful lot and we are very grateful for the support we receive from the National Lottery which enables us to support children affected by all sorts of unfortunate circumstances, get the chance to grow up among family.”

Kinship Care NI will receive a £10,000 cash prize, a 25th Birthday National Lottery Awards trophy and attend a star-studded glittering awards ceremony to be broadcast on BBC One in November.

It has been a great honour and privilege to visit Kinship Care NI and share with them the news that the public has voted them their favourite National Lottery funded community and charity project.

All voting was independently adjudicated and verified by Electoral Reform Services.

To find out more about the positive impact playing The National Lottery has and 25th birthday celebrations, please visit www.lotterygoodcauses.org.uk 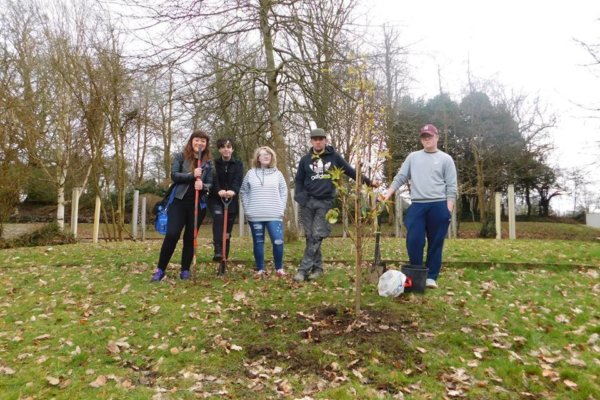