Ever wondered what athletes are thinking during iconic moments in their careers? Well our series, Sporting Journeys speaks to National Lottery funded athletes and finds out 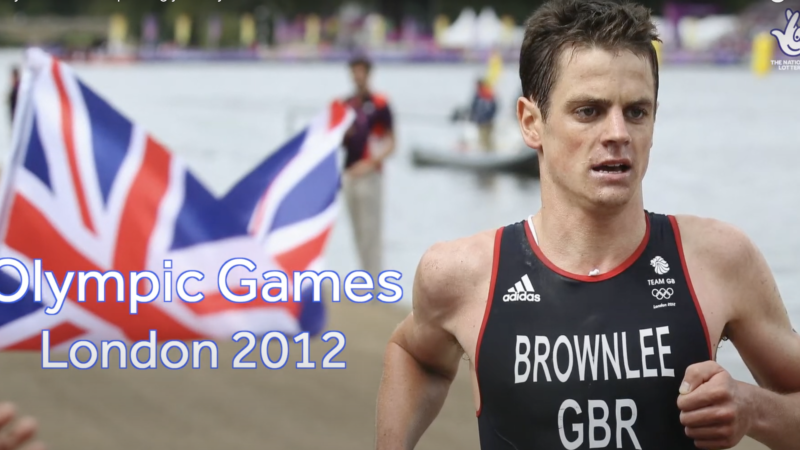 OLYMPIC gold has so far eluded Jonny Brownlee but the British triathlete isn’t feeling the pressure to complete his medal collection at this year’s rearranged Tokyo Games.

Brownlee bagged bronze at his home London 2012 Games before moving one step higher up the podium four years later in Rio, with elder brother Alistair victorious on both occasions.

His sibling had elected to pursue Ironman exploits and thus clear the path for Brownlee junior to claim a first Olympic title, before pivoting back towards Tokyo and locking horns with his brother for a third time in Games action.

Not that the prospect of personal history is keeping Jonny up at night.

“As I’m getting older, into what is my last Olympic Games, that experience is helping me a lot and having those medals does take some of the pressure off,” said the 30-year-old, who is one of 1,100 athletes on UK Sport’s World Class Programme, funded by The National Lottery.

“I can go into Tokyo and treat it as a bonus. I want to go in the best possible shape I can be but if this lockdown situation and postponement was before Rio, it would have been a lot tougher to deal with.

“I want to try and get that gold but I’m not as stressed as I may have been.

“This 12 months will actually help me. My body hasn’t been in a great place, I’ve had some niggles and injuries that mean I haven’t been able to train to the best of my ability, but this lockdown has allowed me to get over them. I’m probably the fittest I’ve been since Rio.

“Tokyo will be even more special after this lockdown. It will be a great time for sport, the world will be watching in its new normal.

“It will be my last Olympic Games - hopefully, I’ll be there going for two medals, as an individual and in the mixed team, to hopefully cap off a great Olympic career.

“If someone told me I would win two Olympic medals, I wouldn’t have believed them. So anything I get hereon is a massive bonus for me.”

Brownlee’s spot on the World Class Programme allows him to train full-time and benefit from technology, science and medical support, all thanks to funding from The National Lottery.

And while training for swimming, cycling and running events has mostly been put on hold due to the pandemic, the Yorkshireman has certainly not been short of things to do.

From abandoning a training camp in America to converting his conservatory into a heat chamber, it’s certainly been a busy time for a man who’s finally able to enjoy some rare time at home.

“Keeping busy hasn’t been a problem – being a triathlete, it’s very easy to keep busy. I can never sit still, I’m always up to stuff,” added Brownlee, whose two medals have contributed to the 864 Olympic and Paralympic honours won by Great Britain and Northern Ireland athletes since National Lottery funding began in 1997.

“One of the positives that has come out of this lockdown period is the local communities coming together and helping people out, talking to people and sharing experiences.

“Even to just have a friendly face to say hello to has been very important.”

“My career would not have been possible without National Lottery players – they’ve allowed me to win two Olympic medals and to be where I am now.

“I’m so very grateful to all the players, they’ve allowed me to be the best athlete I can be for the past 15 years, and hopefully I have a few more years left to go.”

No one does more to support our Olympic and Paralympic athletes than National Lottery players, who raise around £30 million each week for good causes. Discover the positive impact playing The National Lottery has at www.lotterygoodcauses.org.uk and using the hashtags #TNLAthletes