18 former servicemen, including men who served in Egypt, Jordan, Singapore and Iraq, are involved in a National Lottery-funded project called National Service Remembered. It has been exactly 60 years since National Service ended in the UK and the campaign, run by the not-for-profit organisation Same but Different, captures an important period of the country’s cultural history through the eyes of the men who served.

Ceridwen Hughes, photographer and founder of Same but Different, has combined striking portraits, video interviews and written narratives to bring alive conscripts’ experiences in one powerful exhibition. Michael Wilkinson, 87, who lives in Chester and served at Hednesford during his National Service, is one of the British Armed Forces veterans included in the project. And Michael believes the campaign, powered by the National Lottery Heritage Fund, provides a valuable insight into a unique period of Britain’s past.

“Working with the team from Same but Different on this project has been a totally positive experience. “It has brought back memories of happenings I have not thought about for many years. “This project has already influenced me. I look back on it as being a very positive experience. “Particularly so as National Service ceased in the distant past. Congratulations on National Service Remembered – you have all done a wonderful job.” 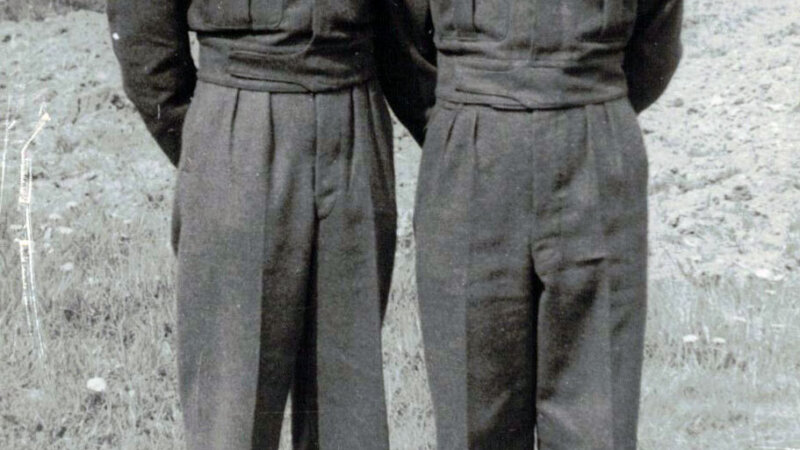 Ceridwen, whose organisation Same but Different use the arts for positive social change and to highlight inequalities and bring communities closer together, added: “To spend time with these men was a real joy, and we hope this exhibition will inspire children and adults to speak to this older generation about their experiences.

“We are really grateful to the players of the National Lottery who funded this project along with the Armed Forces Covenant Fund.”

High-profile stars were far from exempt from conducting National Service, with Brian Blessed, Michael Caine and Anthony Hopkins among some of the household names to serve. And television veteran Johnny Ball, who served in the RAF during the 1950s, is supporting the Lottery-funded National Service Remembered campaign after describing his time serving as ‘the making of him’ at the end of last year.

National Lottery players raise £30 million every week for good causes and play a critical role in supporting people, projects and communities during these challenging times.