This February we’re celebrating LGBT+ history month by shining a light on some of the incredible National Lottery funded projects across the UK that are helping to preserve the history of the LGBT+ community. 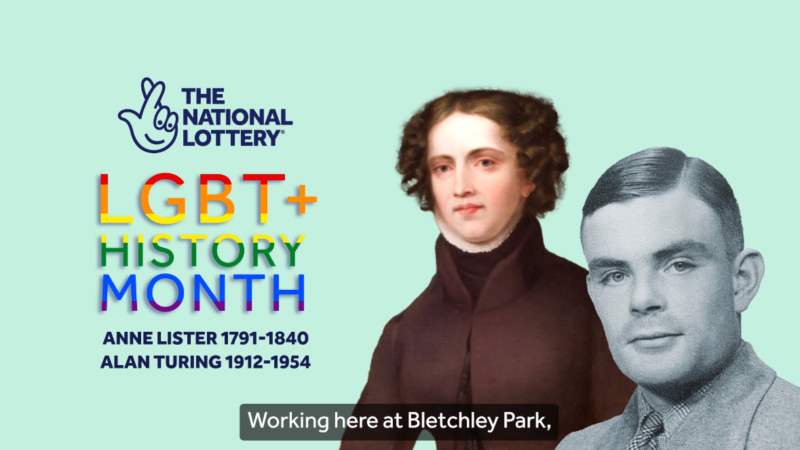 Mathematician Alan Turing OBE, worked at Bletchley Park from 1939 to 1942 as a cryptanalyst, helping to develop a method for deciphering the Enigma cipher from the Nazis and allowing Bletchley Park to supply Allies with large quantities of military intelligence

By early 1942, the cryptanalysts at Bletchley Park were deciphering over 39,000 intercepted Enigma messages each month - a figure that rose subsequently to more than 84,000 per month.

And while Turing was honoured for his work with an OBE, he was prosecuted when he confessed to homosexual activity in 1952, which was illegal in the UK at the time.

Turing undertook hormone therapy rather than face prison, but committed suicide in 1954 – yet is still remembered to this day as an icon in the LGBT community for his ground-breaking work.

The National Lottery granted £4.6 million to Bletchley Park in 2011 to restore some of the Park’s most important buildings, most notably the listed wooden huts that were the hub of vital codebreaking activity.

Over the past few years, new exhibitions and interactive displays have brought Bletchley’s fascinating story alive for visitors of all ages.

To get the initial idea off the ground she joined up with Somewhere EDI, a quarterly LGBT+ magazine, together with successfully securing a grant from The National Lottery.

The award-winning BBC series from 2019 – which will return for a second series in late 2022 – starred Suranne Jones as Gentleman Jack, and was created and directed by Sally Wainwright, who introduced us to a fascinating world of coded diaries covering the period between 1817 and the 1820s by the landowner, industrialist, prolific writer and now, lesbian icon, Lister.


Belfast charity HERe NI, who were awarded £70,000 in 2019 by The National Lottery, created and delivered the first large-scale LGBT+ project of its kind to be funded in Northern Ireland called The Troubles I’ve Seen.

The two-year project aimed to collect, share, and conserve the memories and experiences of the LGBT+ community in Northern Ireland in the 1980s and 1990s – a time of significant legislative change.

Through The Troubles I’ve Seen, the wider community have been able to hear stories of those who lived during this period for the first time.

In partnership between HERe NI, The Rainbow Project and Cara-Friend, The Troubles I’ve Seen is also currently producing a documentary about LGBT+ heritage between the introduction of decriminalisation and section 75 – an act that ensured the promotion of equal opportunity.

Homosexuality was not decriminalised in Northern Ireland until 1982 – 15 years after legislation was passed in England and Wales.

Pride Cymru were awarded £6,600 in November 2020 from The National Lottery Heritage Fund to create and deliver an inspirational project called Lost Cardiff LGBT, which was designed to chart the city’s LGBT+ history. The project features an interactive map and a specific site where people can download the self-guided walk: Cardiff LGBTQ+ Tour.

Lost LGBT Cardiff was founded in 2018 to highlight forgotten venues in the Welsh capital that celebrated and supported the LGBT+ community, with a map generated to highlight where these places were.

That first map mainly covered entertainment venues and so in 2021, with support from The National Lottery Heritage Lottery Fund, they created a revised, updated, and augmented version which now includes many of the organisations created by and for the LGBT community in the 20th century.

The map can be found by clicking here.

Those behind the map say they welcome further information that can be submitted by email to hello@pridecymru.com or through its Lost LGBT Cardiff Facebook page. 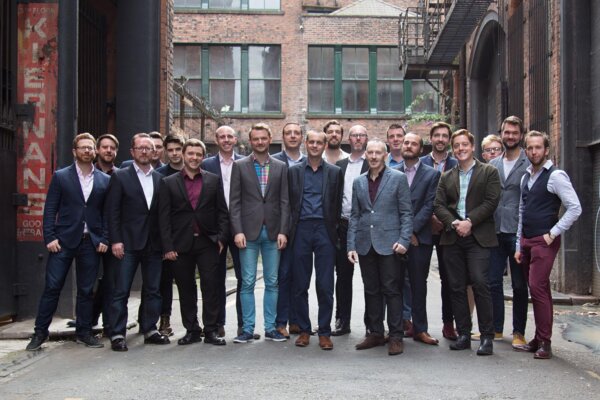