International Women’s Day is celebrated around the globe every March 8th to highlight the social, economic, cultural and political achievements of women.


We’re showcasing some of the amazing National Lottery funded projects created by women, as well as individuals who are taking action for equality and making a positive difference.

The project targets hard-to-reach communities with creative sessions that help make positive changes, providing a safe space for learning new skills, like batik and block printing. Taslima’s teaching and mentorship has led to 15 young women following her example and studying textiles at university.

When the pandemic hit, Taslima’s classes were forced to close. She delivered sewing machines to her students and ran online textile training sessions. Many of the women and children she was teaching had no access to outdoor spaces, so the sewing machine was a creative distraction that helped them to cope with the impact of Covid-19. It even helped a number of women become self-employed, making products using Taslima’s heritage techniques.

Newport born Lauren Price is a National Lottery funded Olympic Champion. Lauren showed a keen interest in several sports from a young age, including football, netball and kickboxing. She was scouted and subsequently played for Cardiff City for several seasons, winning the Welsh Premier Women’s League in her first season.

After seeing Nicola Adams win Olympic gold in the London 2012 games, Lauren was inspired to pursue boxing and left her football career to concentrate solely on the ring.

Lauren achieved gold medals at the 2018 Commonwealth Games, the 2019 European Games and the 2019 World Championships. All her hard work paid off when she qualified for Tokyo 2020 and became the Olympic champion after defeating China's Li Qian.

In a world where judgement, bias and outside pressures can stop women becoming involved in sport, Lauren’s story is a monumental example of a woman who has excelled at an international level.

Emily has been dancing all her life and had previously worked to offer dance sessions to dementia and stroke patients. Research on her approach has shown that the majority of participants came away from dance sessions with a positive change to their stress and anxiety levels, as well as an increase in their mood.

Emily felt there was strong evidence that dance could be beneficial not just to recovery but in the response to treatment and, with funding from The National Lottery, was inspired to start Move, Dance, Feel after several members of her family underwent cancer treatment themselves.

72-year-old Katherine Hughes has lived in Caerphilly since 1971 and both of her daughters were born in the Miners’ hospital, a place many residents had seen as important to the history of their community.

When plans to demolish the hospital were announced 15 years ago, Katherine went door-to-door to persuade people to save the original wing – The Beeches building. Katherine was the driving force behind the campaign to save The Beeches from demolition, creating a community group shortly after overcoming treatment for cancer, and securing a 99-year lease for the building.

Aided by National Lottery funding, The Beeches was refurbished and opened in 2015. Today, it is a place for all ages, with a packed calendar of classes and groups, from Welsh classes and children’s crafting, to chair exercise and gardening. 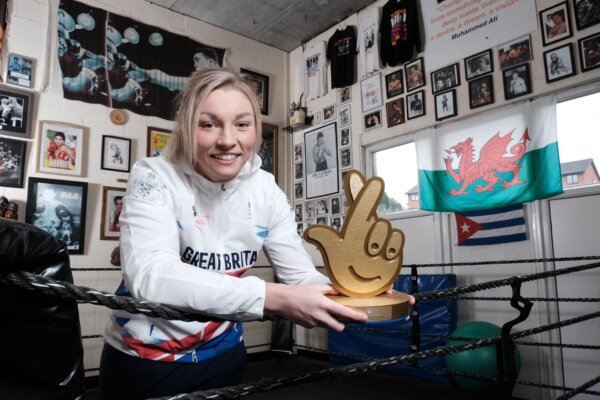 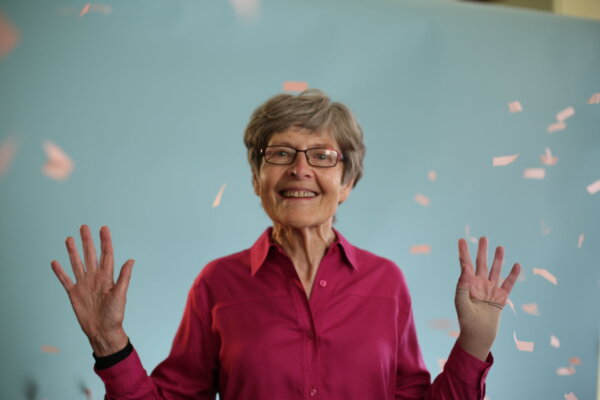