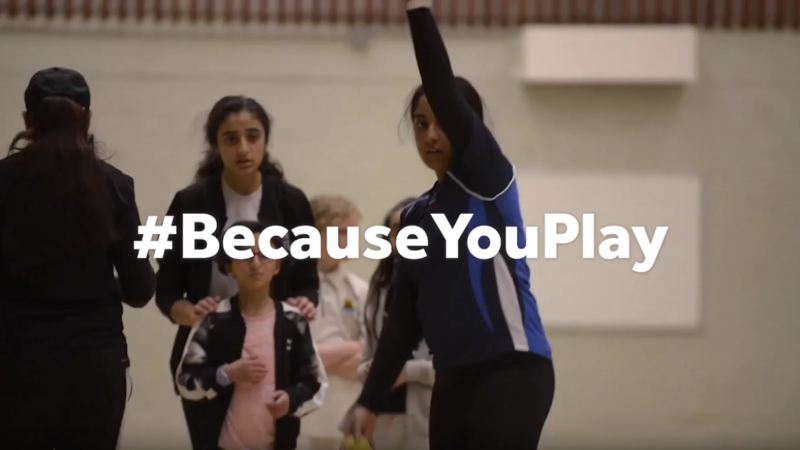 Titled "Because You Play", the video features high-profile sporting heroes including most successful Olympic Skeleton athlete of all time, Lizzy Yarnold OBE, Lioness Fran Kirby, England’s Men’s Cricket World Cup winning captain Eoin Morgan, Commonwealth and European swimming champion Duncan Scott, Women’s national football player, Ffion Morgan and boxer Kurt Walker, as well as grassroots participants and volunteers. An open letter from each of the sporting organisations has also been shared with the public via social media, celebrating the impact The National Lottery has had on grassroots sport across the UK.

The video shows how funding from The National Lottery has been crucial for grassroots sport across the UK, with athletes and participants showing their thanks for everything that has been achieved thanks to The National Lottery players, including improved facilities and more opportunities to play.

Max Whitlock, the most successful gymnast in Britain’s history, says “It’s so important to invest in grassroots sport, and help people get active and get fit. There are so many benefits to taking part in sporting activities, and National Lottery Players are making it possible.”

In the last 25 years, more than £5.7 billion of National Lottery funding has been invested into grassroots sports - creating opportunities for everyone to get active and improve their lives through sport. Over the years, National Lottery funding has been used to fund facilities, create playing fields and increase playing opportunities for millions of people.

One of the causes that The National Lottery has helped to fund is All Stars Cricket, a scheme designed to whip up enthusiasm for the sport among the next generation of five to eight-year-olds. Launched in 2017, the programme recruits and trains adult ‘activators’ – many of them the parents of the children taking part - to lead eight weekly sessions, which put an emphasis on having fun.

From rudimentary ball throwing and catching sessions using a tennis ball, to batting with a light plastic bat, the All Stars sessions are fast-paced and cater for all abilities and fitness levels.

“It’s great fun,” says Imaan who attended with her 5-year-old brother Eesa an hour-long training session at a school in Moseley organised by the England and Wales Cricket Board (ECB). “I definitely want to do some more.”

A £1.2m National Lottery grant from Sport England is being used to extend it into Britain’s South Asian communities by recruiting and developing a network of 2000 female role models in cities such as Birmingham, Bradford, London, Leeds, Leicester, Manchester and Nottingham.

The National Lottery’s Birthday celebrations are running for a six-week period (from 14 Oct until the 6th of December). There are some incredible activities planned across the UK to celebrate the good causes that have been made possible thanks to National Lottery players over the last 25 years.
Since The National Lottery’s first draw took place on 19 November 1994, more than £40 billion has been raised for good causes in the areas of arts, sport, heritage and community.

The National Lottery has made more than 5,500 millionaires but its primary purpose is giving to good causes - over 565,000 individual grants have been awarded across the UK, that’s the equivalent of 200 life-changing projects in every UK postcode district.

Leading national sporting organisations across the four nations have today (Friday 08 November) come together to celebrate everyone who has ever bought a National Lottery ticket in a joint letter and a video message as part of The National Lottery’s 25th Birthday celebrations.

The majority (70 per cent) of National Lottery grants are for £10,000 or less, helping small projects make a big difference in their community.


All Stars Cricket, Yorkshire - A scheme designed to whip up enthusiasm for the sport among the next generation of 5- to 8-year-olds. Launched in 2017, the programme recruits and trains adult ‘activators’ – many of them the parents of the children taking part - to lead eight weekly sessions that put an emphasis on having fun. The focus is on reaching Britain’s South Asian communities.

Jim O’Brien and North West Wolves, Northern Ireland - Derry-based wheelchair basketball club doing great things for its members. We talk to Jim O’Brien, 19, who plays guard – and has spina bifida. It is one of four wheelchair basketball clubs in Northern Ireland, and was started in February, 2018 with the help of National Lottery funding delivered via Disability Sport NI. He says “It’s a chance to meet new people and I feel happy when I’m here because I’m with people that I like and who have similar abilities and disabilities.”

Haverfordwest, Wales - Lily Rice, a 15-year-old from Tenby in Wales, is the first European woman to do a backflip in a wheelchair. She refined her skills at the skate park in Haverfordwest, a facility built in 2013 using a £427,000 grant from the National Lottery Community Fund. 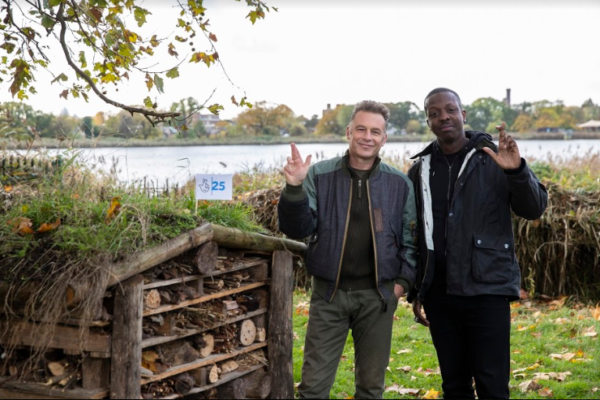 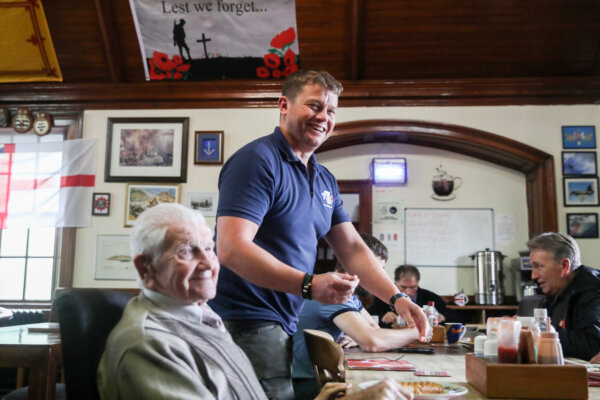