A Cardiff man who turned his life around through boxing has been crowned a ‘lockdown legend’ in the 2020 National Lottery Awards for his work in the community during the Coronavirus pandemic.

Wasem Said, 29, a doorman and mixed martial arts fighter from Butetown, Cardiff, has been named as the UK-wide winner of the Sport Category in this year’s National Lottery Award for his inspirational work in helping young people and his community in recent months.

And there was a special surprise in store for Wasem today, as former heavyweight and cruiserweight world champion, David Haye (aka The Hayemaker), sent him a message to personally thank him for his work.

Wasem was among more than 5,000 extraordinary individuals nominated for a 2020 National Lottery Award - the annual search for the UK’s favourite National Lottery funded people and projects. He’s the only winner from Wales this year and is the overall UK winner in the sport category.

Wasem opened up the National Lottery supported Tiger Bay Amateur Boxing Club in Cardiff two years ago as a tribute to his former mentor, champion boxer, Pat Thomas. Tiger Bay ABC is based at the Yemeni Community Centre in Butetown and is uniquely attached to the local mosque. Permission from the elders at the mosque had to be sought before the club could train there.

During the pandemic, Wasem has been leading a team of young volunteers who distributed 120 food boxes a week to vulnerable, shielding families.

“It gets the young people motivated instead of them sitting in the house. It builds a relationship between us and our elders, it helps keep the boys on the straight and narrow and it teaches them at a young age that you have to be good in order to receive good.”

Alongside promoting the sport of boxing, Wasem and the coaches also work to combat antisocial behaviour and prevent intolerance by creating a cohesive community of all religions, races, and nationalities. They bring in outside agencies to host talks with young people, build links with clubs in other parts of the city and allow Muslim members to take the call for prayer while training.

Wasem has personal experience of the problems young people face in the community. He lost his dad at 15 and spiralled into trouble and anti-social behaviour whilst his older brother was away serving in the British Army. Wasem saw violence and drugs first-hand on the streets, before starting mixed martial arts and training three times a week. The discipline and skills he gained landed him a job in security and he turned his back on his old life.

In addition to the award, the club will now receive a £3,000 cash prize from the National Lottery in recognition of their work. 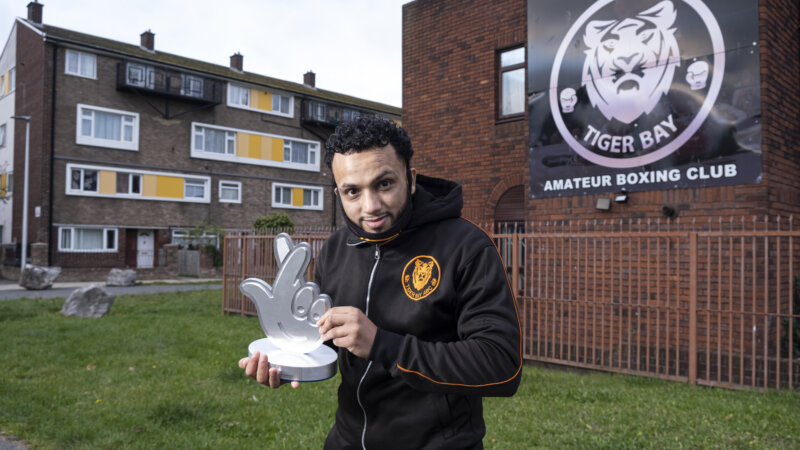 “This award is for everyone in Butetown and I hope it instils confidence in the young people we work with, and shows them that hard work in your community really pays off. We don’t normally receive positive awards like this in our community and this is a real boost for us. Tiger Bay ABC is only at the start of its journey and I hope this award can propel us towards bigger and better things for the people of Butetown in future. A small project like this makes a big difference in people’s lives and the National Lottery has played a key role in helping us to grow and build. I’d like to say thank you to National Lottery players for this crucial support.”

Delighted to be announced as the UK-wide winner in the Sport category, Wasem, said:

“I’ve heard how Wasem has done some amazing things for Tiger Bay Boxing Club and the wider community. From distributing hundreds of boxes to the vulnerable and being an inspirational role model to young people. I know first-hand how keeping kids on the straight and narrow and off the streets is imperative to many kids’ futures. Wasem is a credit to Butetown, Cardiff and he should be truly proud of the work he has done for the community. Congratulations on winning the 2020 National Lottery Award for Sport.”

Congratulating Wasim on his award, one of British boxing's most celebrated and successful ring champions of the modern era, David Haye, said: 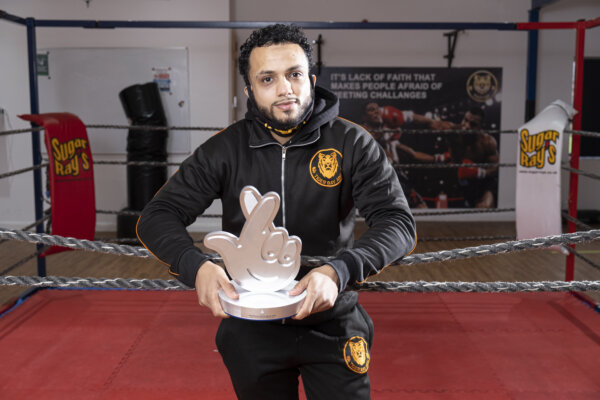